Why Under Armour is making a costly bet on connected fitness 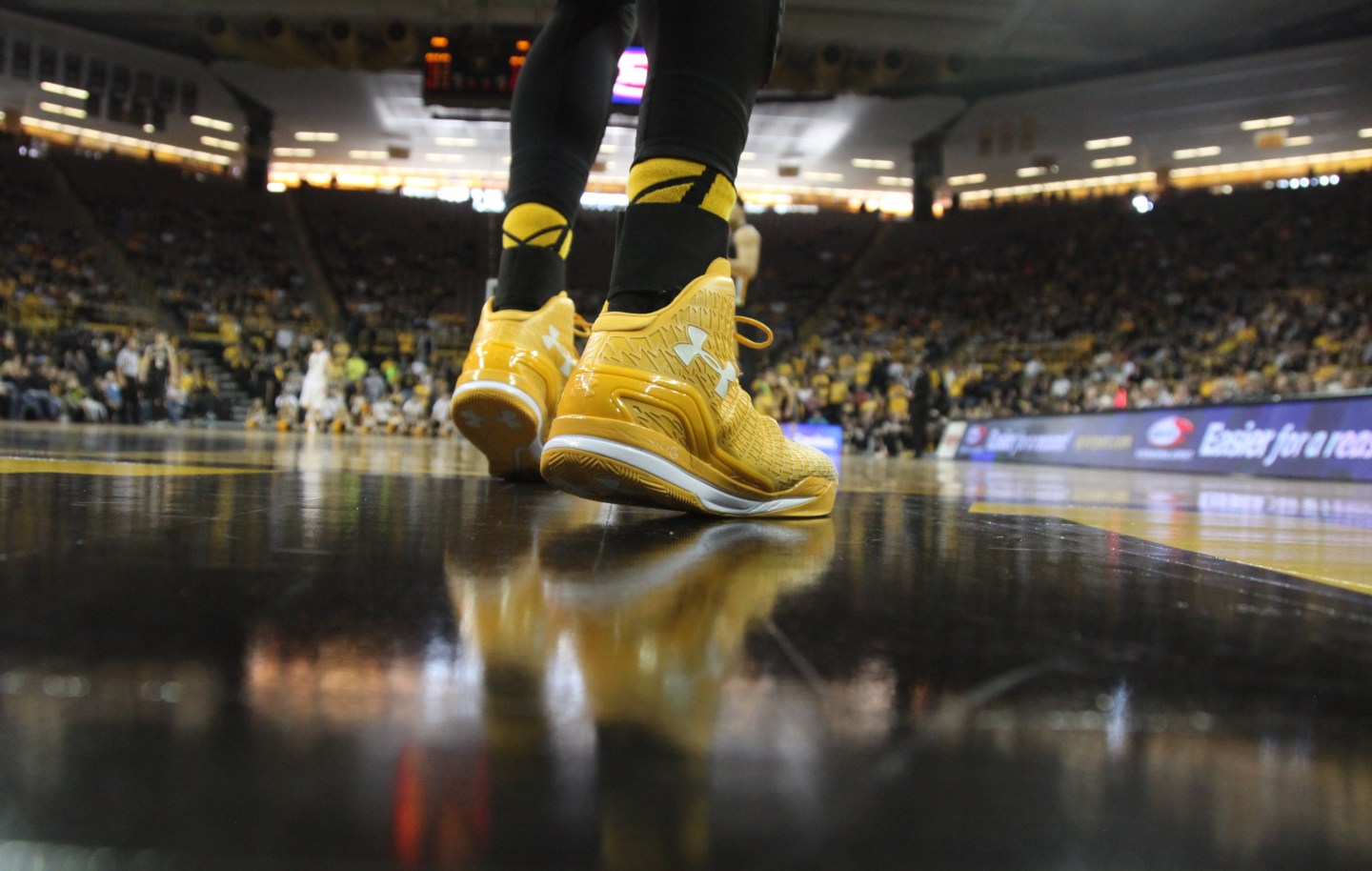 IOWA CITY, IA - DECEMBER 6: A pair of Under Armour shoes worn by a member of the UMBC Retrievers during the second half of the match-up against the Iowa Hawkeyes, on December 6, 2014 at Carver-Hawkeye Arena, in Iowa City, Iowa. (Photo by Matthew Holst/Getty Images)
Photograph by Matthew Holst — Getty Images

Apparel maker Under Armour believes connected fitness is the future in an increasingly digital world. While athletes are increasingly on board with this vision, investors need more convincing.

Under Armour (UA) on Tuesday reported first-quarter sales leapt 25% to $805 million, the 20th straight quarter that revenue grew by at least 20% as the company expands distribution, sells more shoes and moves more aggressively into markets abroad. But net income decreased 13%, hurt by some costs associated with recent fitness app purchases that represent a costly bet on the potential future of fitness. Investors sent Under Armour’s shares lower on Tuesday, even though results exceeded Wall Street’s expectations.

The company has spent $710 million to scoop up MyFitnessPal, MapMyFitness and Endomondo, and now controls the world’s largest digital health and fitness community. Its four apps command prime spots on Apple’s (AAPL) iTunes store — with MyFitnessPal and Map My Run ranking #1 and #3, respectively, among the free iPhone health and fitness apps. Two other Under Armour apps also rank in the top 100. Beyond in-app purchases, Under Armour is hoping the daily use of those smartphone apps can also lead to stronger sales of apparel, footwear and other athletic gear.

“We believe the brands that can build true communities among their consumers by improving their health and fitness will be best positioned,” Chief Executive Kevin Plank told analysts during a conference call.

Under Armour is reporting some significant gains in the digital space, even though sales are still pretty tiny compared to the investments the company has made to compete in the space. The company added over 10 million unique users since its last call in February, now totaling more than 130 million users combined. Under Armour has also expanded a partnership with German software firm SAP AG (SAP) to build an infrastructure to create a single integrated experience across all the apps for consumers.

Executives have said the social aspect of those apps is just the beginning. What’s next is using data compiled in those apps to help consumers become more successful athletes.

Revenue from connected fitness more than doubled in the first quarter, but only totaled $8.4 million. All other business segments Under Armour reports are larger, though the growth for connected fitness, from a tiny base, was the strongest.
[fortune-brightcove videoid=4156818146001]

Under Armour isn’t alone in betting on connected fitness as the wave of the future. Larger rival Nike (NKE) has also invested in its digital ecosystem, including the recent launch of a Nike SNKRS app that allows consumers to see, share and buy hard-to-find sneakers on mobile devices.

And while investors today are cautious about how spending is affecting profitability, some analysts were unfazed.

“No sign of weakness at Under Armour,” said Sterne Agee’s footwear and apparel Sam Poser shortly after the results were released. “We would use any decline in the stock price as a buying opportunity.”