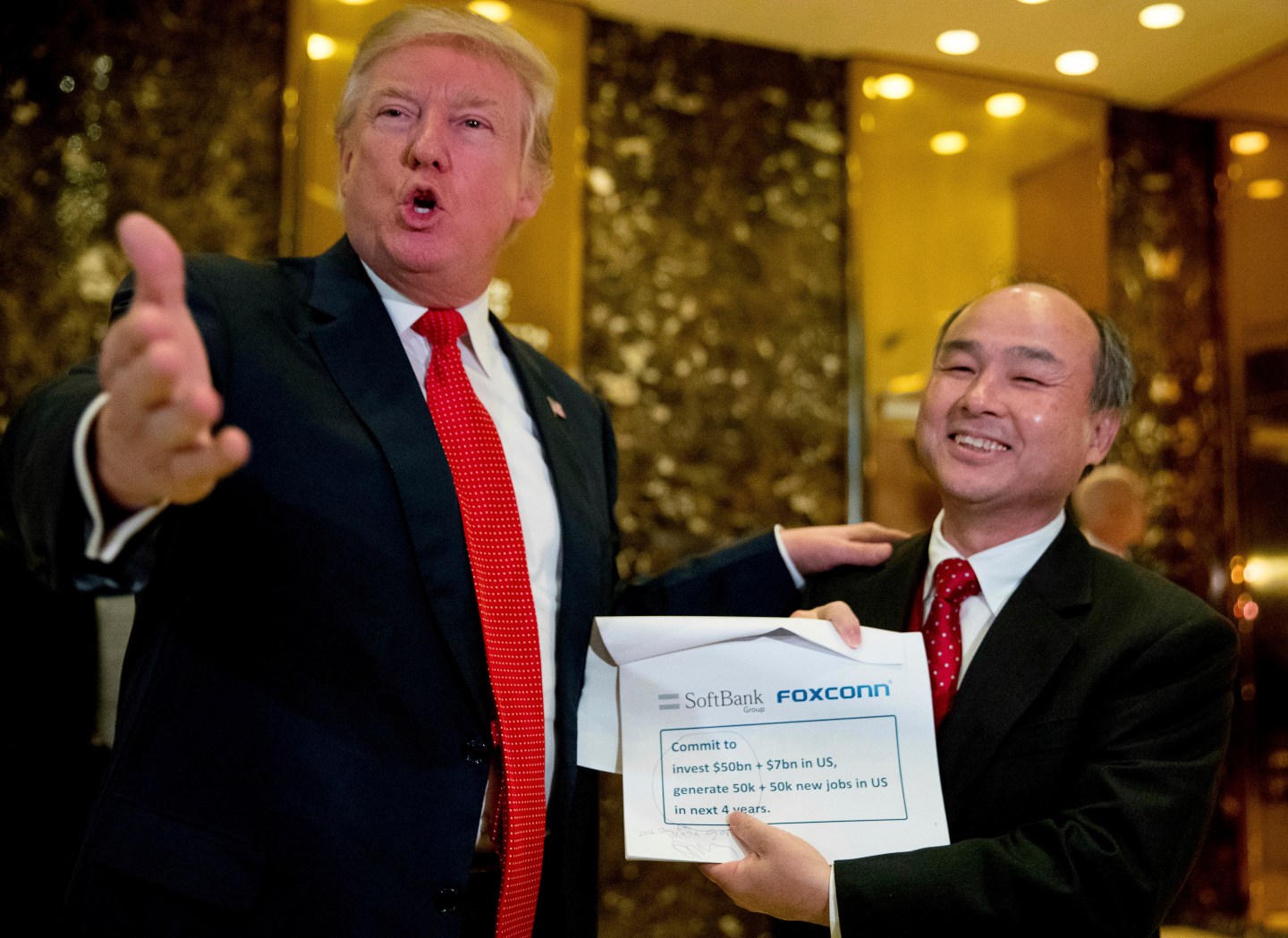 U.S. President-elect Donald Trump, who has made no secret of his disdain for the titans of Silicon Valley, will host executives from top technology companies for a meeting at his Manhattan tower on Wednesday.

Tech luminaries, including Apple Chief Executive Tim Cook, Facebook Chief Operating Officer Sheryl Sandberg and Tesla Motors CEO Elon Musk, will seek to find common ground on economic issues at the roundtable even as much of the industry remains angered by the Republican President-elect’s harsh rhetoric on illegal immigration, hostility to free trade, and public broadsides against the industry.

The meeting, organized by Trump son-in-law Jared Kushner, Republican National Committee Chairman Reince Priebus and PayPal co-founder and Trump supporter Peter Thiel, is billed as an introductory session, four sources briefed on the talks said, all of whom requested anonymity to discuss a private meeting.

Sources said Wednesday’s meeting may skirt the numerous disagreements with the President-elect in favor of a focus on shared priorities.

“If he can reform the tax code, reduce regulation, and negotiate better trade deals, the U.S. technology community will be stronger and more competitive than ever,” Oracle Chief Executive Safra Catz, who will attend the meeting, said in a statement.

The CEOs of Airbnb and Uber—which are not publicly traded—were invited but are not attending. Uber’s Travis Kalanick will not attend because he will be traveling in India all week, according to a person familiar with his plans.

Trump clashed with Silicon Valley on several issues during the campaign, including immigration, government surveillance and encryption, and his surprise victory last month alarmed many companies that feared he might follow through on his pledges.

Those concerns have not been assuaged in recent weeks as Trump has threatened to upset trade relationships with China and appoint officials who favor expanded surveillance programs.

“For some of the companies, there was some hesitation about whether to attend” because of sharp political and personal differences with Trump, one tech industry source said.

More than 200 employees of technology companies pledged in an open letter on Tuesday to refuse to help Trump’s administration build a data registry to track people based on their religion or assist in mass deportations.

Schmidt was photographed on election night at Clinton headquarters wearing a staff badge, and Musk said in interviews before the election that Trump’s character reflected poorly on the United States.

Trump publicly bashed the industry during the campaign. He urged his supporters to boycott Apple products over the company’s refusal to help the FBI unlock an iPhone associated with last year’s San Bernardino, California, shootings, threatened antitrust action against Amazon and demanded that tech companies build their products in the United States.

Trump has also been an opponent of the Obama administration’s net neutrality rules barring internet service providers from obstructing or slowing consumer access to web content. Two advisers to his Federal Communications Commission transition team are opponents of the rules, as are the two Republicans on the FCC.

Last week, the two Republicans on the panel urged a quick reversal of many Obama policies and one, Commissioner Ajit Pai, said he believed that net neutrality’s “days are numbered.”