As Trump Presidency Looms, Digital Activists Brace for a Fight for the Internet 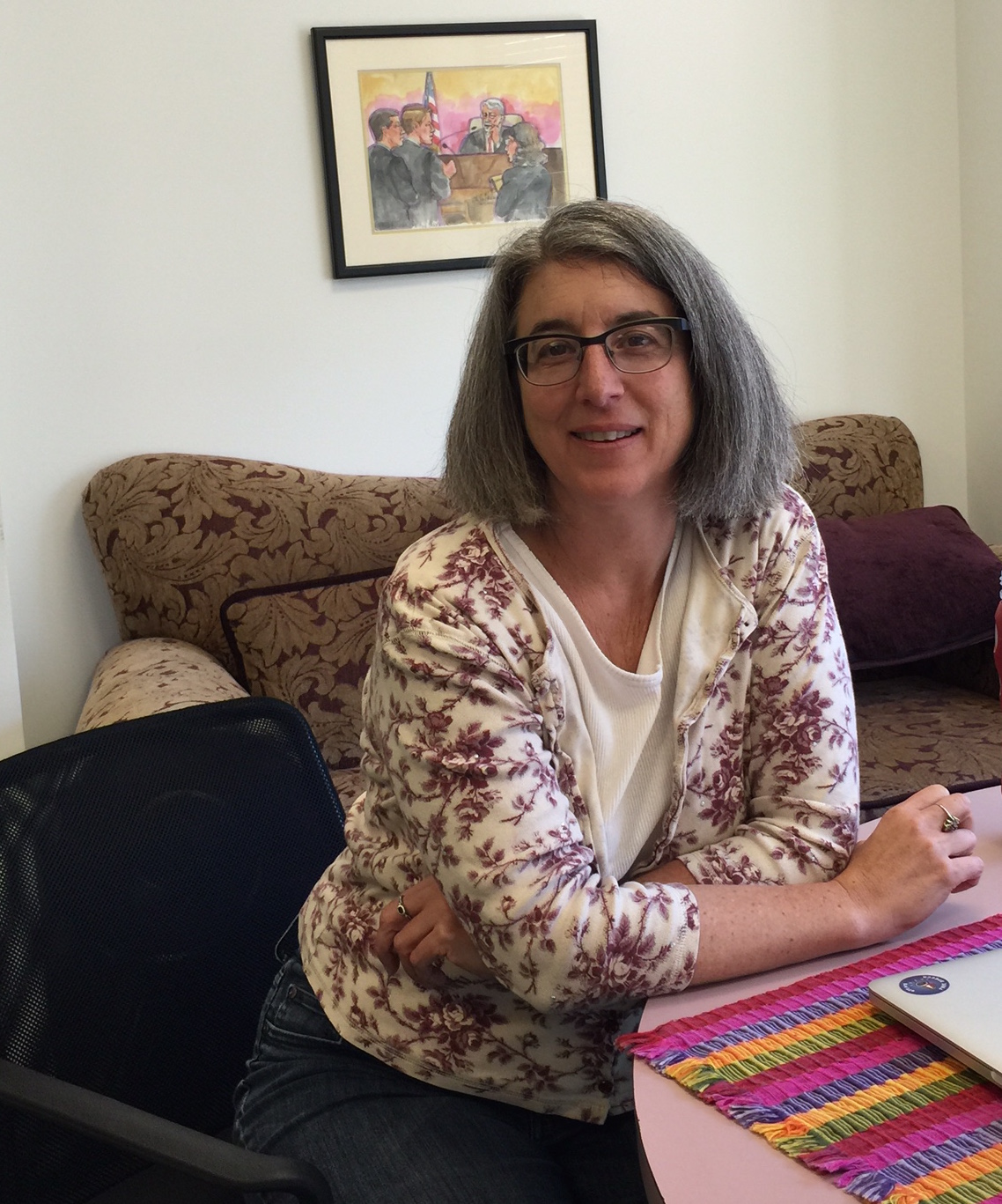 Cindy Cohn has a lot to do. The bespectacled 53-year-old civil rights lawyer has her hands full in her new job overseeing the digital advocacy work of the Electronic Frontier Foundation, a sort of ACLU for the tech set.

Donations have doubled since the election as supporters turn to the EFF to defend the Internet during a Trump presidency. Even though the President-elect has yet to make formal policy pronouncements, his comments about surveillance and apparent hostility to the tech sector are causing many in Silicon Valley to fear the worst.

For the EFF, a non-profit founded in San Francisco in 1990, high stakes policy battles aren’t new. The group has regularly tangled with the NSA and the Justice Department, and has helped notch Supreme Court victories over everything from Sony spy software to cell phone tracking. But as the legal and political ground shifts under Trump, Cohn’s group may have its work cut out.

Eavesdropping and Encryption in the Time of Trump

The pot was on the boil over Internet issues even before Trump won the presidency. In March, a high-profile skirmish between Apple and the FBI over an encrypted iPhone ended on the eve of trial, but the ensuing peace is unlikely to last long.

One reason is that, as more phones and other devices are built with Internet connections, they can serve as tracking tools to monitor people’s location or communications records. Meanwhile, law enforcement is putting pressure on companies to help with tracking—pressure that is likely to increase after Trump, who called for a boycott of Apple at the time of the March standoff, becomes president.

The situation makes Cohn, a 13-year veteran of EFF who became its executive director last year, uneasy. The University of Michigan school graduate, who has been named one of America’s 100 most influential lawyers, has fought the White House in the past over issues like gag orders and cryptography, and is ready to throw down again.

“Until the new administration is named, it’s pretty difficult to tell what they will be doing. The early signs are not good for civil liberties and may require us to fight some old battles in addition to the new ones,” she said.

Those old battles include ones over the role of clandestine programs that permitted mass collection of Americans’ phone and Internet records. While the Justice Department halted some of those programs after NSA-contractor Edward Snowden exposed them, Cohn points out that Trump’s attorney general and CIA director nominees have said they would reinstate them. She also notes the CIA nominee, Rep. Mike Pompeo, has proposed to expand the collection of “social data,” which is often held by companies like Facebook and Instagram.

Then there is the ongoing fight over encryption technology, which is likely to be front and center during Trump’s presidency. The technology is what allows everyone—consumer and companies alike— to send messages securely over the Internet and to protect their devices from snoopers — be they government agents, hackers, or jealous spouses.

Civil liberties groups and many tech firms say encryption is essential for individual freedom, but also as a way to keep digital networks secure from spies and hackers.

Law enforcement agencies, however, fear encryption gives a dangerous advantage to criminals and terrorists, who can use it to communicate without any scrutiny. Prosecutors want to force the likes of Apple, whose new iPhones offer near-unbreakable encryption, to create so-called backdoors that would let law enforcement access phones in special situations.

Cohn disagrees on all counts. She says backdoors reduce security—since hackers could access them too—and that the very premise of monitoring networks to catch bad guys plotting is flawed. She points out recent terrorist incidents have involved isolated individuals, not groups plotting conspiracies, and that network-level surveillance would have failed to prevent them.

Meanwhile, despite recent privacy stances adopted by firms like Apple, the EFF intends to make both companies and governments the focus of its activism. Cohn points out that many companies remain cavalier with the user data they collect and that, in many important civil liberties issues—for instance the use of secret National Security Letters to obtain data about Internet users —the roles of the government and private companies have become intertwined.

The state of digital networks writ large is also a top priority for the EFF. Cohn points out that networks are no longer compromised of just the Internet, but encompass a whole range of other digital strands—from autonomous vehicles to connected homes.

“This is a thing now and we have to make sure we build digital networks in a way that represents our values,” she said.

To define those values, the EFF can now look well beyond the group of 75 or so lawyers, coders, and activists on its San Francisco staff. According to Cohn, digital right advocacy has evolved from a group of disparate organizations into a truly global movement capable of shaping law and technology.

Not everyone supports the EFF. Its critics, especially those in the publishing and entertainment industry, often assert the group is just a front for the political agenda of Google and other Silicon Valley tech giants. Cohn describes the allegations as a “whisper campaign” that has gone on for years—and that is a total fiction.

“People want to paint us as corporate shills but our money comes from over 20,000 dues-paying members,” says Cohn, adding the EFF posts all its budget information on its website, and that much of its money comes from small donors. As for the post-election surge in donations, many of those came after a site called RageDonate featured the EFF under a quote in which Trump talks of “closing that Internet up.”

The EFF does, however, have ties to Google. It employs former Google staffers and once held a mixer at the company’s office, but at the same time has publicly criticized the search giant for gobbling up data about its users. Likewise, it has been quick to blast other tech icons like Facebook and Uber over censorship or poor privacy standards.

Bill Rosenblatt, a New York consultant on media and technology, says he disagrees with some of the EFF’s stances but respects the group’s shrewdness.

“They’re very good at sticking to their principles and picking their battles accordingly. They’re very good at riling up the Internet,” said Rosenblatt, citing a controversy over a proposed 2012 law called SOPA that would have forced many Internet companies to act as copyright enforcers. The law failed after a wave of online protests.

So what are the EFF’s next steps? Cohn says the group has no plans to open an office in Washington DC, which would be an obvious ground zero to oppose Trump, even though EFF lawyers often travel there for court cases involving everything from patents to national security

The EFF’s power and credibility comes in part from its San Francisco perch, says Cohn, and because its closest ties are with the country’s technology builders and not its “political class.” She also feels the obligation for organizations to have a Washington outpost makes less sense in the age of digital communication.

“Whether someone lives in D.C. frankly still carries too much importance. The pressure is on us to act as if we’re in the 18th century,” she said.

In San Francisco, the EFF is also able to attract software developers who buttress the group’s legal advocacy by making tools that let everyday people preserve their privacy. These include an ad-blocking tool called “Privacy Badger” and a campaign called “Let’s Encrypt” that makes it easy for anyone to make their website’s communications more secure.

“A lot of our staffing up is on our tech team. Coders want to code, so our technologists took on building projects to make the case. A lot of projects are intended to make a policy point rather than serving a market.”

If there’s a downside to Cohn’s new role as executive director, it’s that it involves more administrative duties and less of what she calls “the fun stuff” of hands-on advocacy work.

“I miss walking into court and saying ‘Good morning, I’m here to represent the Internet.”

This story has been updated to reflect that Cohn became the EFF’s executive director last year, not this year.