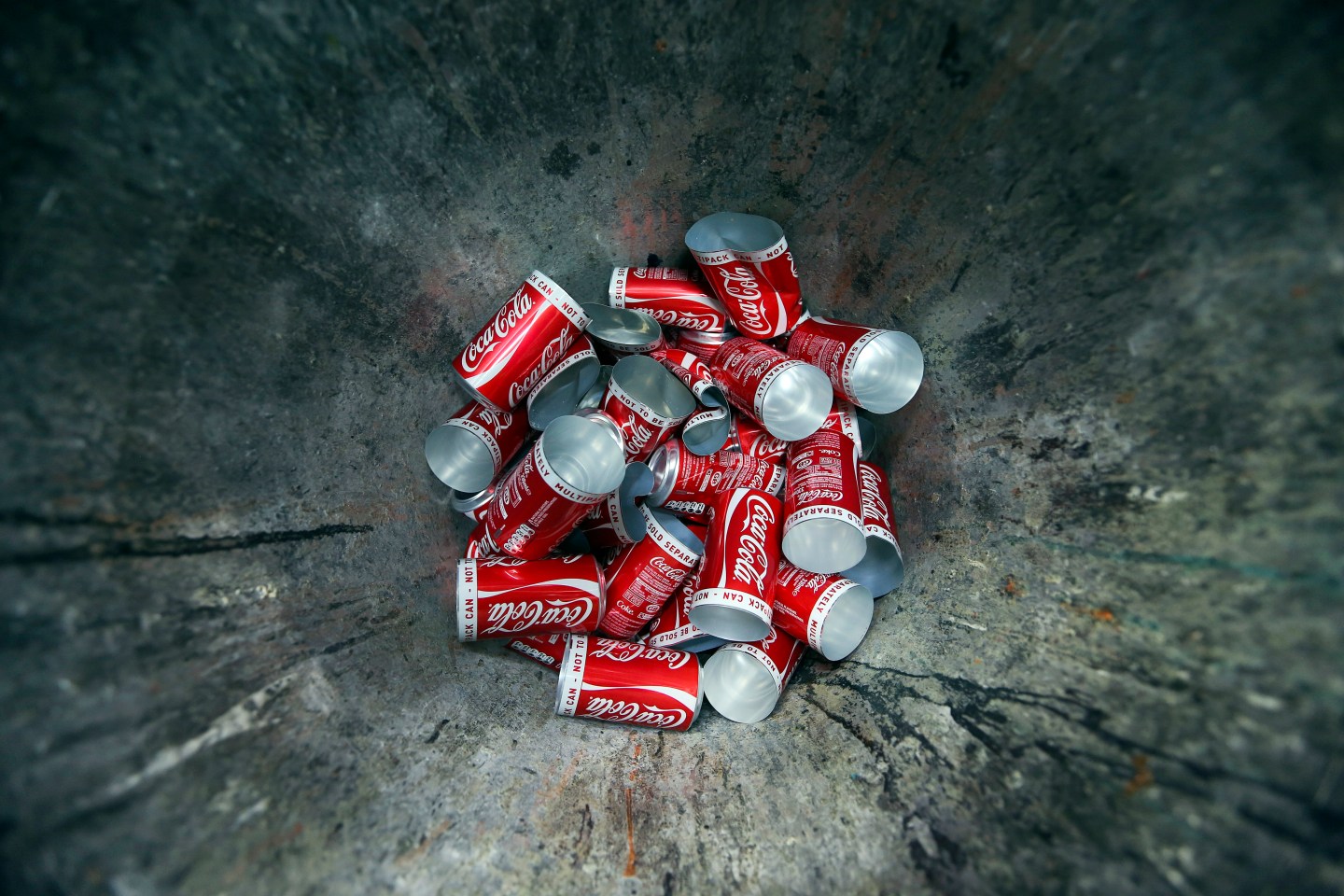 On Friday, after the soda giant announced that CEO Kent will step aside effective May 1, shares of the maker of Coke (KO) rose $1 to close at nearly $42, up nearly 2.5%. But the soft-drink maker’s investors shouldn’t smile too broadly at Kent’s exit.

Coca-Cola’s new CEO, James Quincey, has a lot of work to do, as my colleagues have pointed out. The company has to abandon its strategy of putting all of its brand equity into its most famous product. Quincey will also have to deal more directly, again likely through product diversification, with consumers and increasing numbers of lawmakers who have grown to view high-sugar foods with distaste. On top of that, he will have to contend with Kent’s stock market legacy. While Coca-Cola’s stock has lagged a bit recently, all in all its performance has been pretty good, especially giving the headwinds facing the business.

It may sound surprising, especially given the fight with shareholders over his pay two years ago, but Kent has been pretty friendly to investors. He took over the CEO job in July 2008. From then through the end of last month, shares of the company are up 57%. That’s trailed the S&P 500 in the same time, which is up 72%. But when you add in the company’s above-average dividends, the stock’s total return jumps to 103% during Kent’s run, only slightly behind the S&P 500’s 106% over the same time period.

Kent has certainly made operational mistakes—and PepsiCo CEO Indra Nooyi, though her embrace of snack goods, has put Coke’s biggest rival on a better growth path. But he was a very good manager of capital. The high dividend is big part of that: Kent decided to use the company’s cash flow to reward shareholders, rather than going for growth at all costs. More recently, after initially resisting the move in what now seems like a misstep, Kent has pushed to spin off the company’s bottling divisions. That will keep the company asset-light, making it as much like a high-margin tech company as possible. Indeed, Coca-Cola’s net income margin is expected to near 25% next year. (Microsoft’s net margin in its most recent quarter: 22%.)

But all of that will make the job of keeping the company’s shares moving up even harder for Quincey. Coca-Cola’s sales are expected to drop by $6 billion, or 15%, next year. Part of that is by design, since it represents revenue lost from selling off the bottlers. Still, no matter the explanation, stock investors don’t tend to take well to declining sales. On top of that, Coca-Cola’s stock at this point isn’t cheap. The shares’ price-to-earnings multiple of 22, based on this year’s earnings, is slightly higher than Dr. Pepper Snapple’s (DPS) P/E of 20. It’s basically the same as Pepsi (PEP), but, again, that rival has done a better job of diversifying. What’s more, Coca-Cola’s high dividend yield, about 20% higher than Pepsi, drains cash away from investments elsewhere, complicating Quincey’s job.

In addition, Coca-Cola gets more than half of its sales overseas, a vulnerability at a time when a rising dollar will make it harder for U.S. companies to make money outside of the U.S. and when President-elect Donald Trump looks to be shaking up international trade.

So don’t be surprised if after Kent, Coca-Cola’s investors get left owning a stock that turns out to be, well, flat.