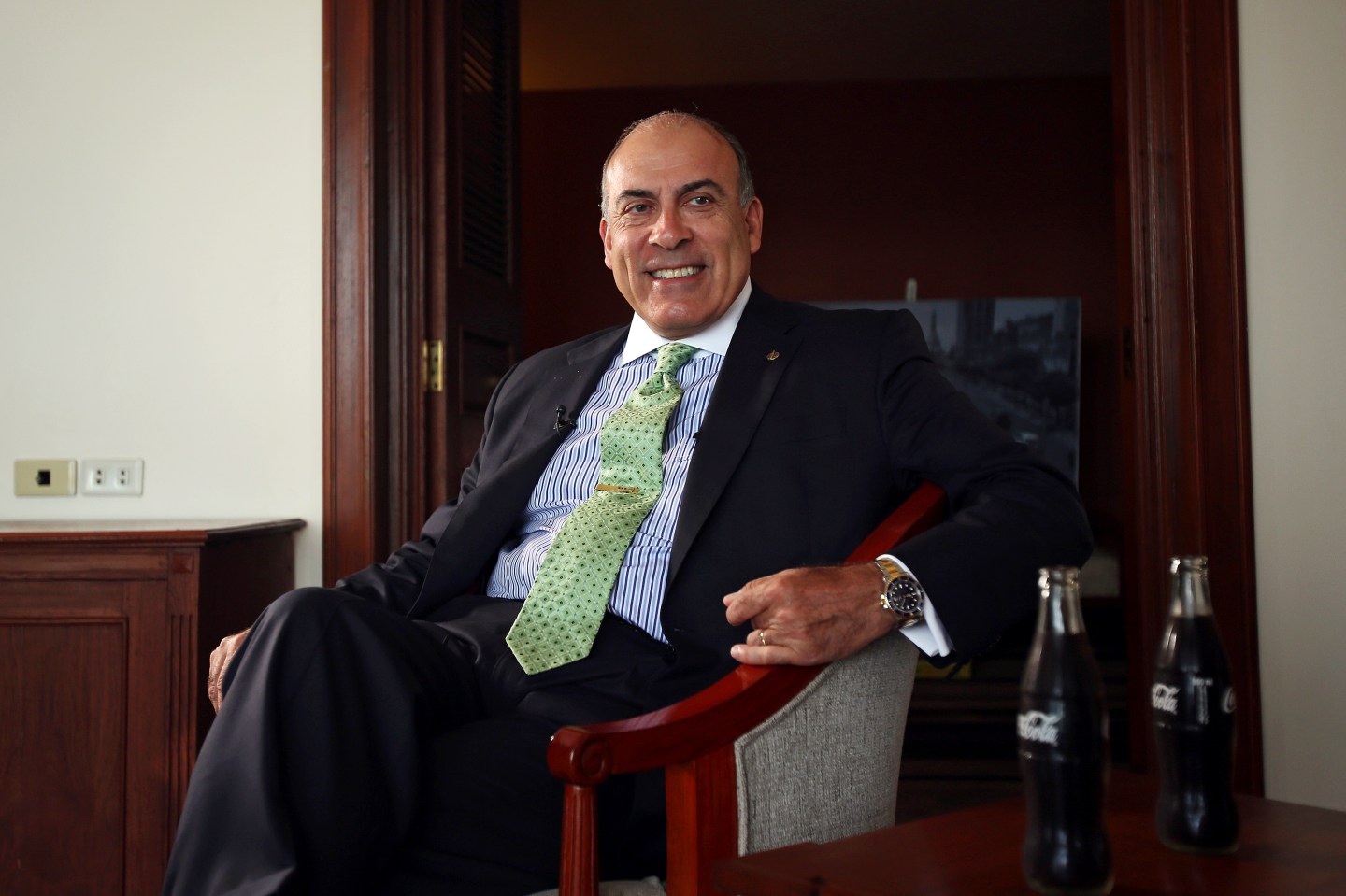 Muhtar Kent, chief executive officer of Coca-Cola Co., sits next to bottles of Coca-Cola soda during a Bloomberg Television interview in Yangon, Myanmar, on Tuesday, June 4, 2013. Kent marked the return of the world's largest soda maker to Myanmar after 60 years by opening a bottling plant and pledging more investment in the newly opened economy. Photographer: Dario Pignatelli/Bloomberg via Getty Images
Photograph by Dario Pignatelli — Bloomberg via Getty Images

Kent’s total pay was reduced to $14.6 million last year from 2014’s $25.2 million, according to a filing with the Securities and Exchange Commission. Much of the reduction was due to fewer stock and options awards. His base salary was unchanged at $1.6 million.

Bloomberg notes that the changes to executive pay were needed to appease investors, especially as it relates to stock awards, which dilute the value of investors’ shares. Maria Elena Lagomasino, a member of Coke’s board, explained the changes in more detail in a blog post and also touted the reduction in equity compensation as progress that was needed to address shareholder feedback.

The pay cut for Kent comes as Coke is at an important inflection point. The company, challenged by weak soda sales in mature markets, unveiled a plan to boost growth and increase profitability partly by moving to cut billions in costs. Kent would go on to describe 2015 as a “transition year, ” a year when fully reported revenue dropped 4%.

Coke’s pivot–which includes a plan to re-franchise 100% of company-owned North American bottling territories by the end of 2017–takes place as the beverage giant’s shares have underperformed its peers in recent years. Over the past five years, Coke’s shares rose 39%, underperforming PepsiCo (PEP), Dr Pepper Snapple (DPS), and the broader Standard & Poor’s 500 index.