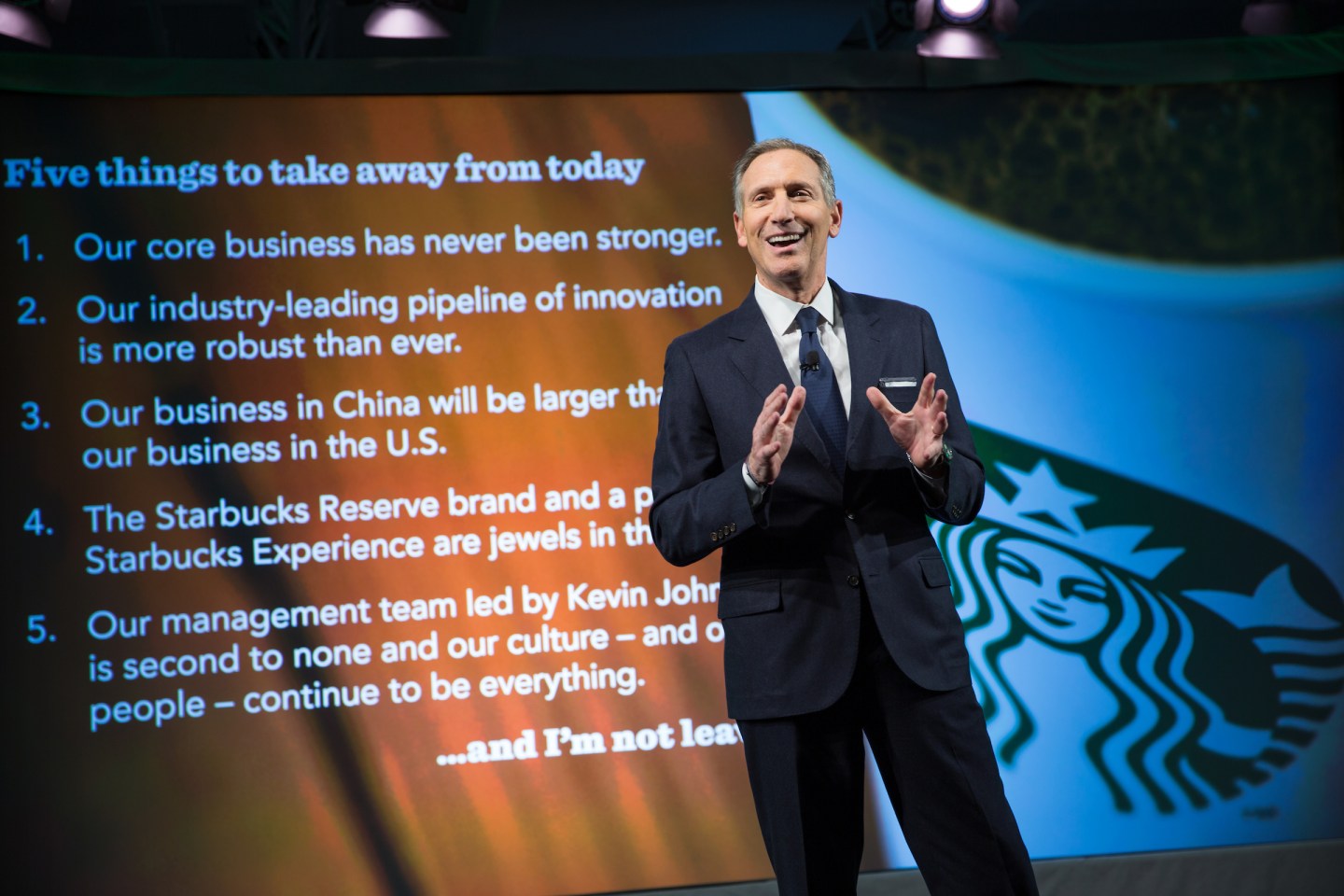 The creation of the global Starbucks brand we know today has been famously linked to a trip then-marketing director Howard Schultz took to Milan in 1983, when he found inspiration in the local coffee culture. Starbucks later successfully replicated it in the U.S.—and took the brand global.

Now CEO, Schultz is turning to Milan for new inspiration: Italian bakeries. Starbucks (SBUX) on Wednesday confirmed that it will open standalone Italian bakeries under the Princi name beginning in late 2017. The first Princi Italian bakeries will appear in Seattle, New York City, and Chicago.

Rocco Princi founded the boutique bakery and café back in 1986, though today it only operates just five locations. Starbucks made an unspecified investment in Princi earlier this year, with plans to bring Princi items like focaccia and pizza to Starbucks Roastery locations and the new high-end Reserve store format.

At those Roastery and Reserve locations, there will be ovens that will be used to bake the breads on-sight—as well as dedicated bakers that will work specifically on the food side while baristas remain focused on coffee. Starbucks is also planning to develop and unveil a special coffee that is intended to pair with Princi foods.

Many restaurant chains tinker with opening new brand formats—often to mixed results. Starbucks itself has faced challenges on this front. After the company paid $620 million for the Teavana brand in late 2012, it backed off plans to open tea bar locations just a few years later.

But the move to open Princi stores is important for Starbucks as it aims to boost revenue that is generated from food, a persistent opportunity that the company hasn’t yet fully capitalized on yet. Today, 74% of revenue is still generated from in-store beverages—while only 19% comes from food. Building out Princi bakeries that will presumably sell more food than drinks can help Starbucks achieve a better balance.