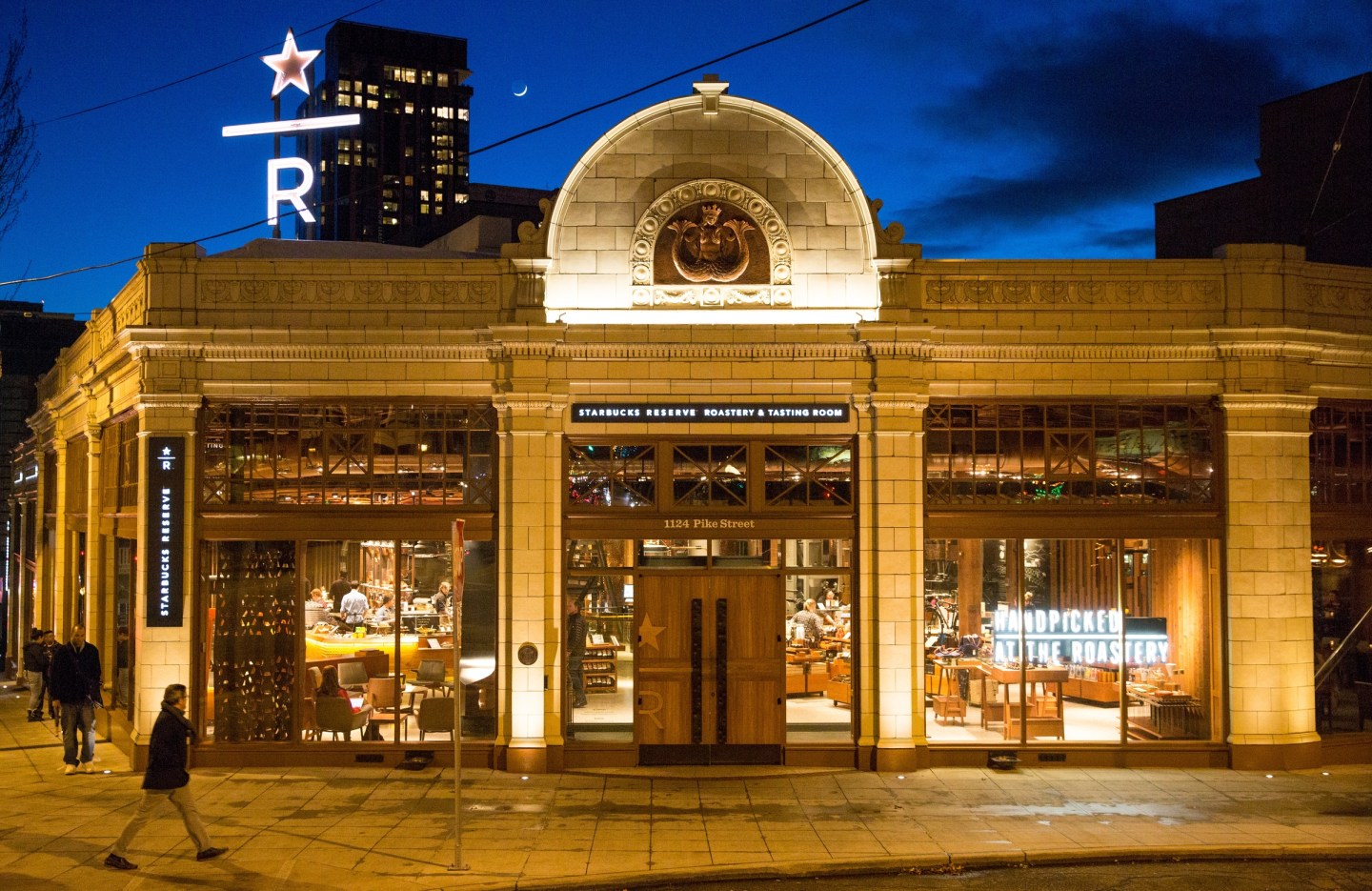 Starbucks (SBUX) is teaming up with a top Milan baker and restaurant operator to make sure it gets the food part of its flagship coffee shops right.

The coffee giant announced on Thursday that it was making an unspecified investment in Italian artisan bakery and restaurant company Princi, which will also become the exclusive food purveyor at all Starbucks Roastery locations, upscale coffee megashops Starbucks is opening in major gateway cities to cultivate a reputation for high end coffee. Starbucks will also offer Princi products at future Reserve Only stores, locations that serve its premium line of small-lot Reserve coffees in a new retail format inspired by its Seattle Roastery. The partnership will also mean that Starbucks for the first time in its 45-year history will bake onsite at some stores.

“This is an opportunity for us to elevate food,” Starbucks CEO Howard Schultz told reporters on a briefing ahead of the announcement. “This will once again reaffirm Starbucks’ leadership in all things coffee.”

Princi operates five stores in Milan and London and offers handcrafted food and artisanal baked goods based on family recipes. As part of their deal, Starbucks will use its real estate wherewithal to help Princi open more locations around the world. Schultz has long praised the Italian approach to food and coffee and earlier this year announced Starbucks’ first-ever stores there starting next year.

In a bid to enhance its bona fides as a purveyor of coffee, Starbucks two years ago launched its Roastery concept in its hometown of Seattle two years ago as a shrine to coffee. Earlier this year, the company announced it would open Roastery stores in Shanghai next year, and in New York in 2018, where the location will be a 20,000 square-foot superstore (more than ten times the size of a regular Starbucks) in the city’s hip and affluent Meatpacking District. That location will also be the largest of any Starbucks store in the world.

The Roastery stores will showcase the craft of roasting and brewing coffee, featuring coffees from around the world, and be a place for customers to learn about coffee in the same way they’d learn about wine at a vintner. The Seattle Roastery acts as a place where Starbucks’ fancier upscale and exclusive Reserve small-lot coffee lines are brewed.

The move however doesn’t guarantee a fix to longtime Starbucks problem, food. To address that, Starbucks bought the La Boulange bakery chain in 2012 for $100 million in its biggest ever acquisition. But by last year, Starbucks closed all 23 locations of La Boulange bakeries and it is now an in-house Starbucks brand serving middle-of-the-road pastries and sandwiches.

While these three Roastery stores aren’t likely to move the needle much for Starbucks, a $20 billion a year company with 24,000 stores, they are key to helping cultivate the image it sells better coffee to justify the higher prices of java compared to McDonald’s (MCD) and Dunkin’ Donuts (DNKN). The company didn’t specify how many reserve-only stores serving Princi it could open but Schultz hinted the number could be considerable.