New Starbucks Roastery in NYC Will Be Its Largest Store Ever 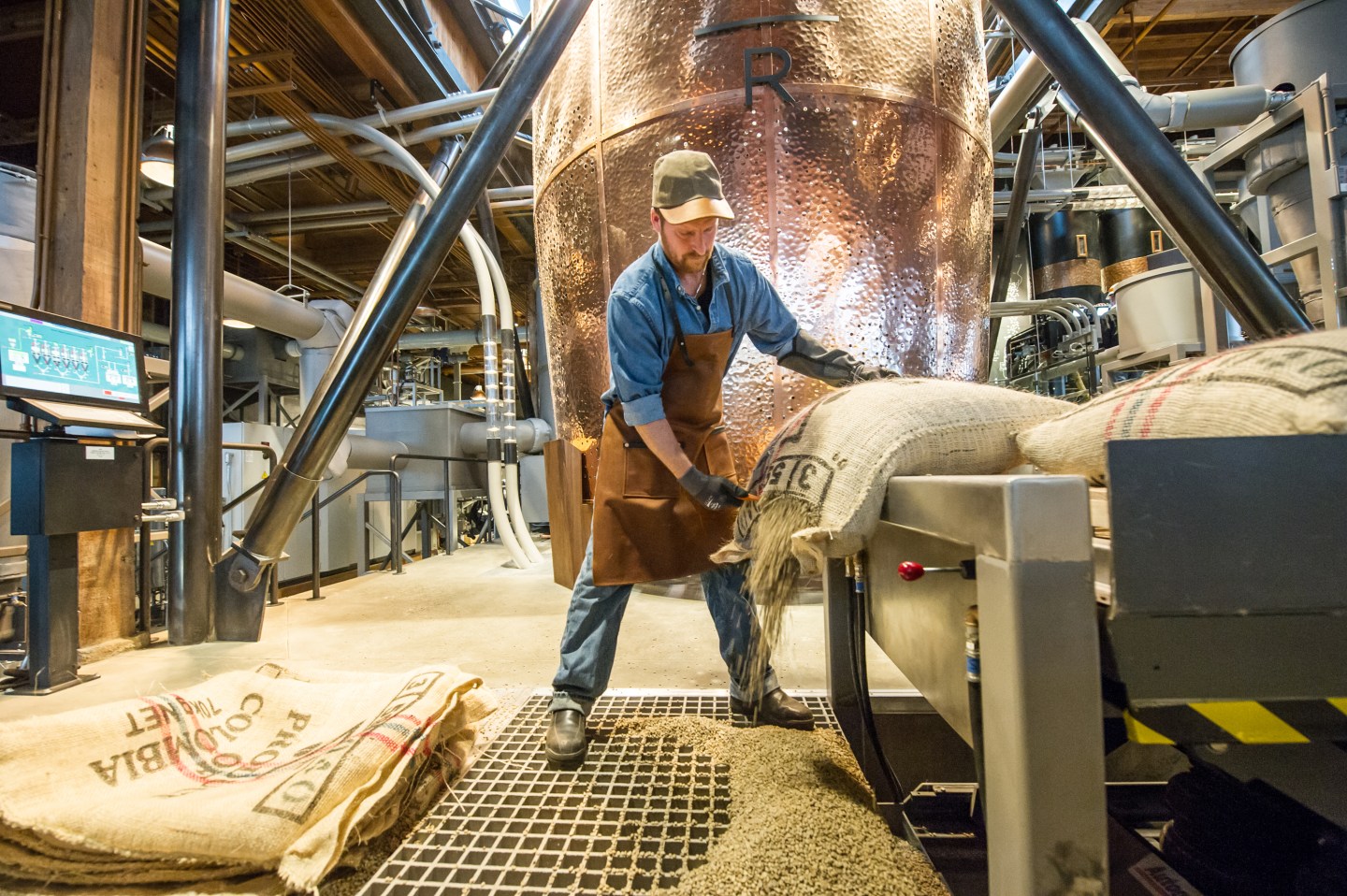 The coffee store chain announced on Tuesday that it will open a 20,000 square-foot “Roastery” superstore in the city’s hip and affluent Meatpacking District; its latest effort to wow a city that already has 220 Starbucks locations. The store will also be the largest of any Starbucks store in the world, a spokeswoman confirmed.

The Roastery, the second in a concept Starbucks launched in its hometown of Seattle two years ago, will really be more of a shrine to coffee than an oversized café. Almost the size of a Barnes & Noble (BKS), the Roastery will showcase the craft of roasting and brewing coffee, featuring coffees from around the world, and be a place for customers to learn about coffee in the same way they’d learn about wine at a vintner. The Starbucks Reserve Roastery and Tasting Room, as it will be known, is set to open in 2018. The Seattle Roastery acts as a place where Starbucks’ fancier upscale and exclusive Reserve coffee lines are brewed.

“Our Seattle Roastery experience created something that had never been done before, transforming a retail environment into something far beyond just a coffee shop and into the single-best retail experience of any kind,” said CEO Howard Schultz in a statement. And for New York, where he grew up, he wants to kick it up a notch.

The New York Roastery will be located at 61 Ninth Avenue, only a few blocks from Google’s (GOOG) New York offices, a large Apple (AAPL)store and the High Line, ensuring a steady flow of affluent customers.

The news comes as Starbucks looks to build on its momentum: in its most recent full fiscal year, Starbucks’ global comparable sales rose 7%, with increases in each region, while total revenue rose 17% to a record $19.2 billion. And the company is competing with an increasingly aggressive Dunkin’ Donuts. Schultz has made it clear that Starbucks’ success will depend on innovation and making his stores more than just run of the mill retail locations.