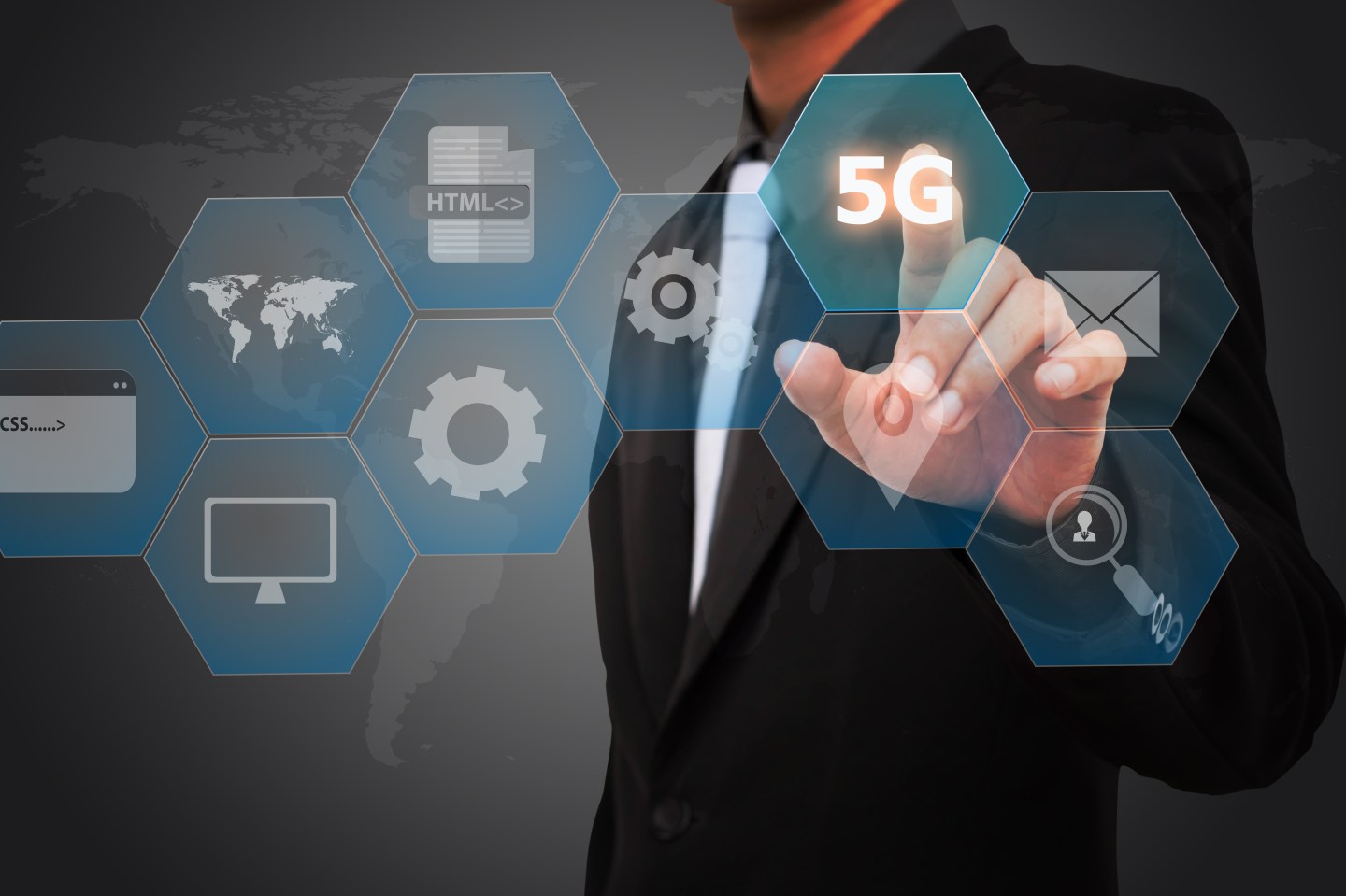 Intel has been testing its 5G wireless gear internally and with a few partners this year, but it’s about to take on a new role in an Austin office. Hooking up network equipment from Ericsson and AT&T, Intel will act as a corporate guinea pig for a trial using the upcoming, unfinished wireless standard.

The goal is to test early 5G equipment under real world conditions. Using the 15 GHz and 28 GHz bands, the high frequencies known as millimeter wave, the signals in the test can transmit a large volume of information but don’t travel as far or penetrate obstructions as easily as lower frequencies.

Intel and its partners will be testing how well the signals pass through trees and glass windows to bring the 5G signal inside a building. Once in the building, using standard Wi-Fi, Intel workers will connect to 4K video streams, exchange large files, operate over virtual private networking, and generally try to stress the equipment.

Intel (INTC) is hoping the transition to 5G may offer an opening to catch up to Qualcomm (QCOM) and other more established chipmakers in the mobile area that have dominated the 3G and 4G eras. Some of the company’s prior mobile efforts have lagged, although it won an important victory convincing Apple (AAPL) to use one of its 4G modem chips in versions of the new iPhone 7. In the big picture, Intel is looking for new growth areas, such as 5G, as its traditional business supplying chips for PCs has slowed dramatically.

Still, there is no guarantee that the wireless equipment makers will overcome all of the technical challenges to offer 5G quickly. And no one knows how fast 5G services will catch on with consumers. Ericsson announced layoffs over the summer in part because of the slow development of the 5G market.

The Intel test with AT&T (T) and Ericsson (ERIC) is only examining one possible use of 5G technology, looking at sending signals from a fixed network point outdoors to a gateway device placed inside an office. Intel–amid the rest of the industry–also hopes to use 5G capabilities eventually to communicate with more mobile devices, including smartphones, drones, and connected cars.

“Things will start to evolve into more mobile more mobile form factors through 2017 into 2018,” Topol says.