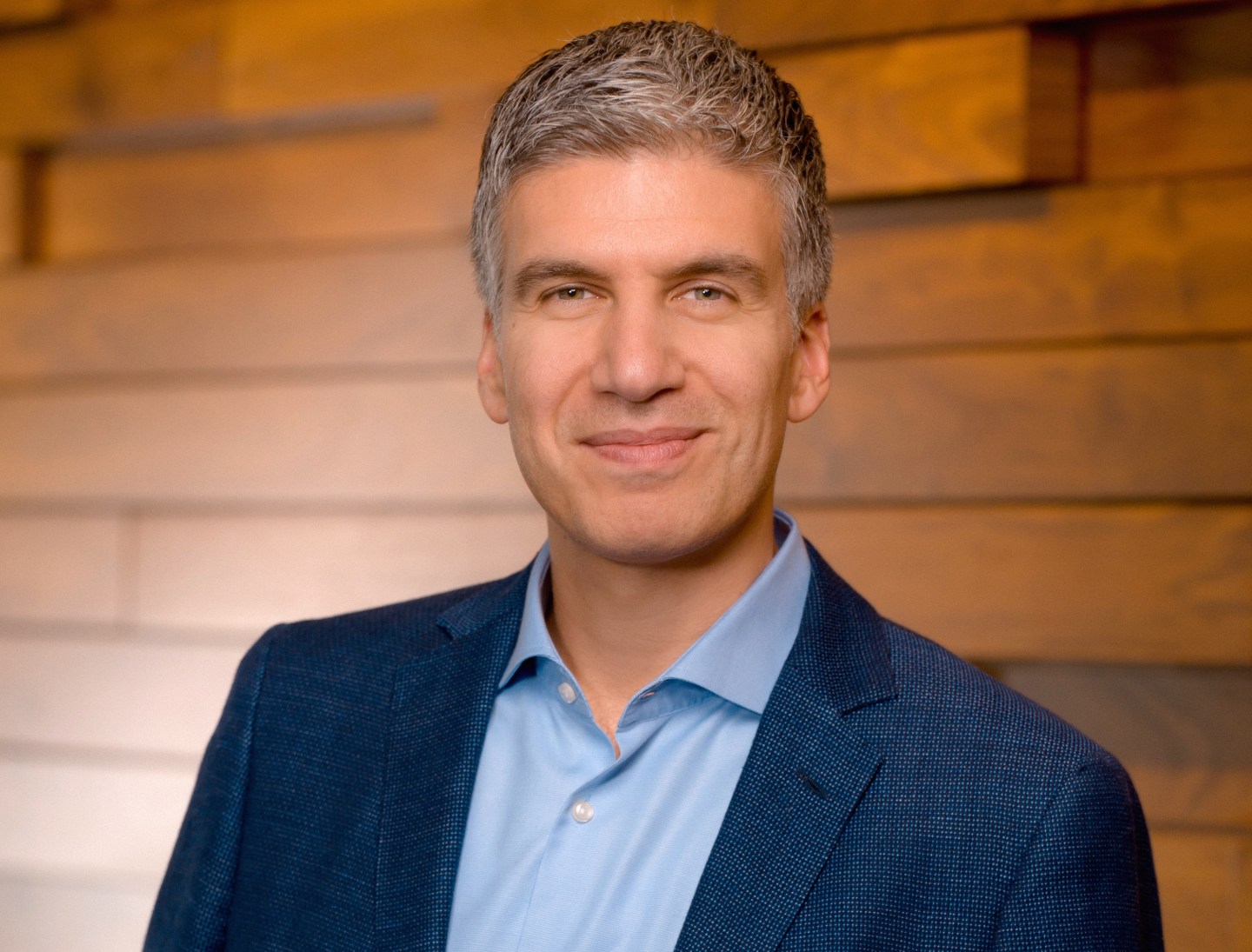 For roughly 20 years, Rami Rahim has been witness to the highs and lows of Juniper Networks.

After starting his career as a junior employee, the lifelong technologist with a background in electrical engineering climbed the ranks to become CEO of the networking giant in 2014. Rahim took over the top job from Shaygan Kheradpir, who was ousted by Juniper’s board after what they described as “his conduct in connection with a particular negotiation with a customer.”

Rahim was at Juniper during boom times when its shares traded at around $200 in 2000 (they’re now around $26), and amid tougher times like a series of cost-cutting measures and layoffs from 2012 through 2014. Like many enterprise hardware companies including Cisco and Hewlett Packard Enterprise, Juniper has seen its business impacted by the rise of cloud computing. Instead of buying expensive data center gear, many companies are turning to a “pay-as-you” go model for computing from tech giants like Amazon Web Services and Microsoft.

Now, Rahim is trying to retool Juniper’s business so that it sells more software-oriented networking products as well as its core switching and routing business. In the following interview with Fortune, Rahim discusses Juniper’s revamp, the impact of companies like Amazon and Facebook on the enterprise tech industry, and president-elect Donald Trump.

The following interview was edited for length and clarity.

How are you dealing with the challenge of only selling hardware to also software services?

Rahim: I think we are doing well, but there is so much more that needs to be done—not even just our company, but how the industry needs to adapt to those changes. Software has always played an important role in networking.

At Juniper, 80% of all of our engineers are software developers, and they’ve always been software developers. Today, most of the value that Juniper (JNPR) and our peers deliver to our customers is tightly packaged software and hardware in systems. That’s going to change over time to more loosely coupled software and systems, where software has the portability to move from these tightly coupled systems to something that’s offered from a cloud data center.

And business models are evolving. Today, most of the way Juniper and our peers monetize our value is on a per-port basis [the number of ports] on a router or a switch, and that’s just a function about how this industry has operated for years. People think and perceive that the value is in the hardware, even though most of the innovation is in the software. Today, people are talking about moving toward subscription models or moving toward utility models where you are only paying for the amount of traffic you process through a router or switch or security device.

Much of that change is driven by cloud computing providers like Amazon (AMZN) and Google (GOOG), correct?

Most of the big cloud providers are our customers, and they are the fastest growing vertical that we sell to today.

But the way those cloud companies buy data center hardware can be unpredictable compared to traditional businesses, right?

One hundred percent. Our business is a cyclical business. The thing we need to do as a company to mitigate the fluctuation in sales is to diversify across technology areas—from switching, routing, and security—and diversify in verticals by selling to cloud providers, telecommunication companies, Fortune 500 enterprise customers, governments, and cable operators.

The cloud is the biggest trend that is affecting our industry and therefore our strategy today. It’s not just about selling to the cloud vertical, it is a trend that affects every one of our customers. The cloud providers are seeing an insatiable appetite from their customers, so they are ferociously building out the data centers from which those cloud services are offered.

How are you affected by the efforts of these cloud companies to design their own networking technologies through organizations like the Facebook-backed Open Compute Project?

The answer today is that it’s not really impacting us because the market for these white-box [generic] switches that people are talking about is still relatively small. But it’s something that we take seriously.

And the organizations building these custom switches for the cloud-companies are generic manufacturers like Taiwan-based Quanta?

Yes, contract manufacturers are going into the business of delivering not just components, but pre-built systems that are ready to take software from other sources. Whereas today it doesn’t address our business in any significant way because the total addressable market [for these devices] is relatively small, we take this very seriously. And we always ask ourselves questions like, “Why is this actually happening?”

That was my next question.

I think a clear message is issued for a technology vendor like Juniper whenever Facebook (FB) or anybody else starts to think about that these types of solutions. That is we need you to move faster. Performance and cost efficiency matters. For that reason, we take it seriously. The most important thing I must make sure I do as CEO is to never lose sight of our position in this industry as a challenger and a disrupter, which is what made Juniper what it is today. I subscribe to Andy Grove’s book Only the Paranoid Survive and you always have to think about what the underlying message is.

What’s your take on Chuck Robbins’s first year as Cisco’s CEO and how he’s steering the company?

I don’t know Chuck, but certainly I have a very healthy dose of respect for all of our competitors. Like I said, only the paranoid survive. I view us as a smaller, much more focused, more innovation-oriented technology company that’s serving networking. Cisco (CSCO) is broader in nature, and I think that just makes the transition that much more complicated and interesting for them.

Where do you stand on these two differing schools of thought: Big enterprise companies should get even bigger like Dell Technologies, which acquired EMC for roughly $63 billion, or get smaller like Hewlett-Packard Enterprise (HPE)?

I think for us today, focus and innovation is the best recipe for our success. Our addressable market opportunity is huge. Our company represents just a little over 10% of the overall opportunity. The room for us to innovate and demonstrate the value that we offer through incredible price performance, scale in networking, as well as the agility that comes from the software-oriented solutions is huge. We will, of course, start to think about adjacencies to the market that we serve, but they will be in the domain of networking and security.

How is Juniper preparing for next year when Donald Trump becomes president?

There’s just too much speculation, and we are just in “wait-and-see” mode. Certainly, politics has the potential to impact an industry because it impacts the economy. We are very hopeful that President-elect Trump will do what’s necessary to keep the economy humming, and to make sure we have access to the kinds of talent we need as a company to continue to innovate. Education is huge. And yes, there’s talk today about the potential to make repatriation of cash easier [by letting companies bring back cash from overseas at a lower tax rate than currently]. That would be something of interest to us because we have a lot of offshore cash [As of December 2015, Juniper has roughly $3 billion of offshore cash and investments]. We could put that money to use if it was easier to bring back in.