Facebook Continues Its Push to Change the Data Center Industry 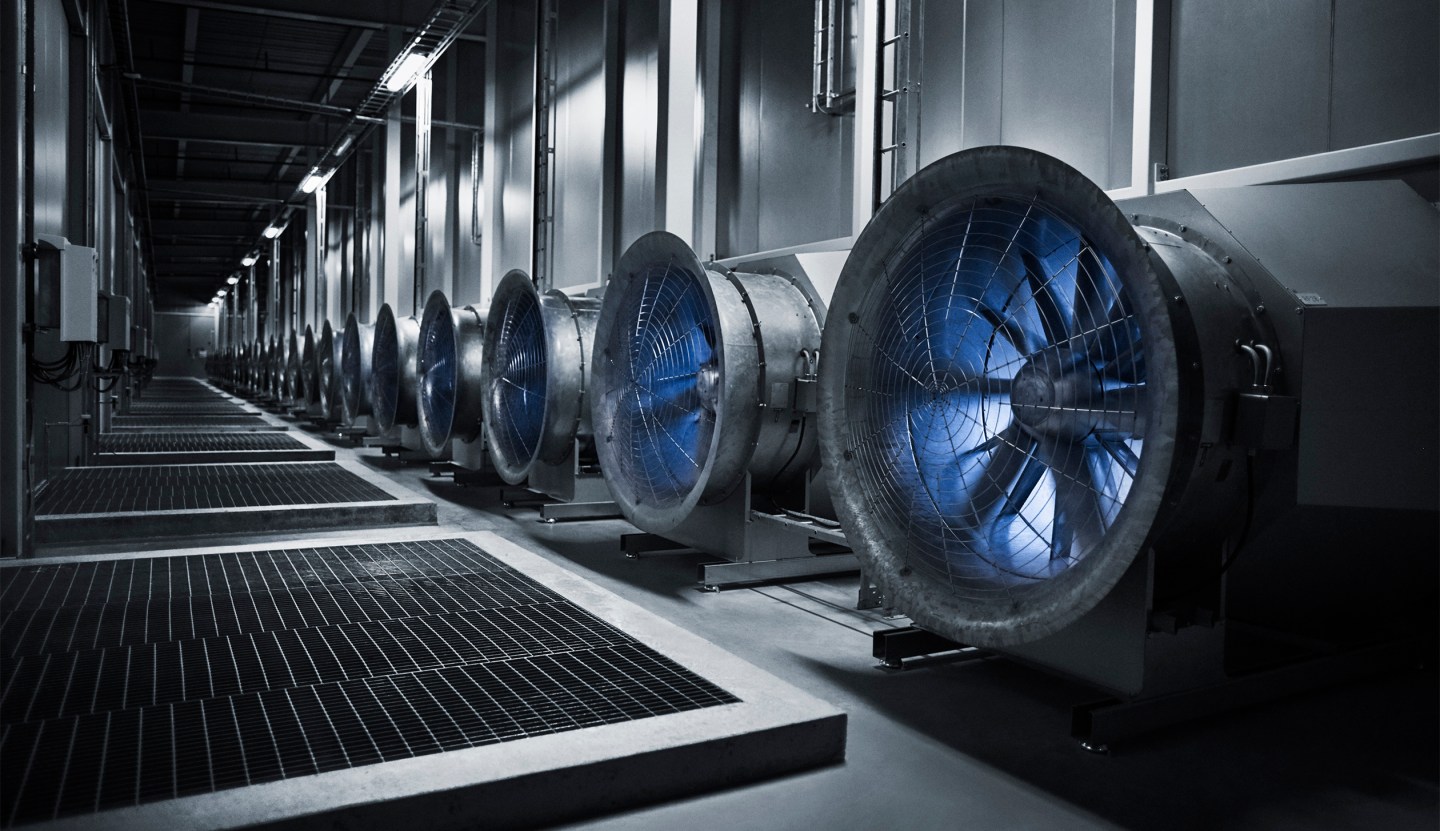 These enormous fans draw in the outside air to cool the servers in the data hall. In the winter, when temperatures plunge to -30 degrees the situation is reversed, and the heat from the servers warm the massive buildings.
Facebook

As Facebook prepares for more people streaming live videos and playing with virtual reality on its networks, it’s building new data center hardware to keep up with demand.

The social networking giant’s latest hardware invention is a relatively new type of networking switch dubbed Backpack, which when used in conjunction with Facebook’s recently announced Wedge 100 switch, can help the company greatly boost the speed in which data is funneled through its data centers.

In a blog post detailing the new switch, Facebook (FB) said Backpack “is equivalent to a set of 12 Wedge 100 switches connected together,” and has been tested in its data center in Altoona, Iowa. Facebook’s goal is to eventually use the mega-switch to link up the company’s other Wedge switches in its various data centers beyond just trials.

Facebook typically develops its own data center hardware designs and enlists generic manufacturers to build them. The company even founded an industry consortium, the Open Compute Project, which oversees these free, open-source hardware blueprints so that any company can use them or contribute to them.

Earlier this year, Facebook established a similar consortium called the Telco Infra Project, which oversees the hardware blueprints of data center gear designed for the specific needs of telecommunication companies. According to Parikh, these consortiums combined with Facebook’s hardware projects will hopefully lead to more powerful data center hardware being produced at a quicker rate than they currently are.

It took Facebook, with the help of “half a dozen partners,” six months to build its Voyager product, starting from drawing its basic designs on a whiteboard to testing the product in the field, Parikh explained. For traditional data center hardware companies, Parikh said—without mentioning any business by name—that it could take two to three years to build a similar product.

Many technology analysts have said that Facebook’s push into an open-source data center hardware development model threatens the business model of traditional data center and telecommunication hardware companies like Cisco (CSCO), Ericsson, and Hewlett-Packard Enterprise (HPE). These companies derive a lot of their business from selling expensive, proprietary data center gear to clients, and could lose business if cheaper, more flexible alternatives are available.

Parikh conceded that “it’s still early” to say how much Facebook’s so-called open source hardware initiatives like its Telco Infra Project is changing the business of how data center hardware is manufactured and sold, but he remarked that “lots of operators and technology vendors” seem to be excited.

Other ambitious projects, like Facebook’s solar-powered Internet beaming Aquila drone, will take much longer to get off the ground because of the technology involved as well as regulatory issues pertaining to operating Internet-delivery drones in the airspace.

“That may be years away,” Parikh said of the drone project becoming fully operational.