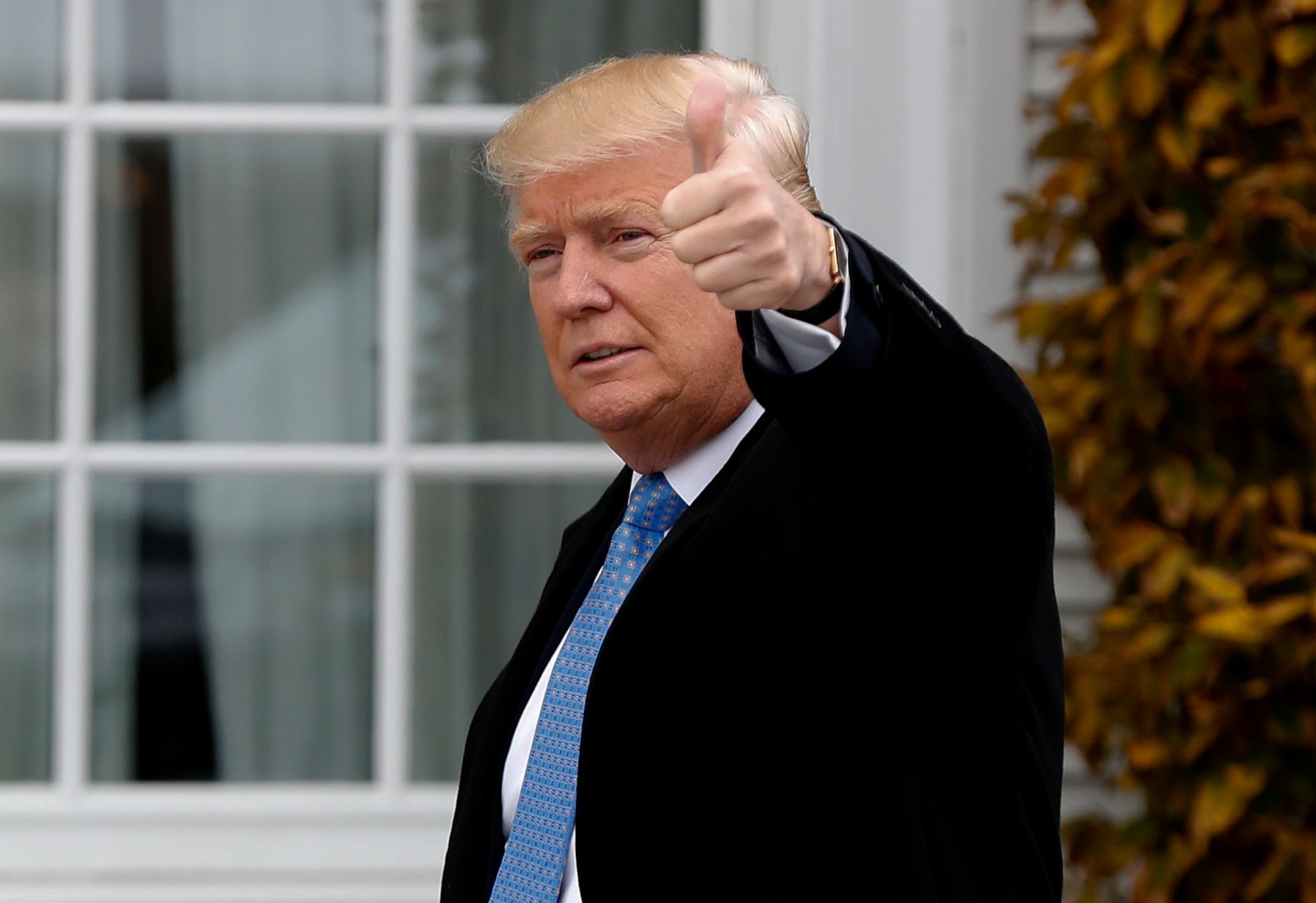 What a difference winning a presidential election makes.

A common criticism of the Donald Trump presidential campaign was that despite his background as a business titan and his status as one of America’s richest men, he had little support from establishment CEOs and business leaders who are his peers.

The members of the Forum include:

The list is notable not just because it represents the America’s corporate establishment finally getting aboard the Trump train, but because of where specifically these members hail from. Despite the Trump campaign’s anti-Wall Street rhetoric during the campaign, the Forum includes many big names from Wall Street firms like BlackStone, BlackRock, and JPMorgan. This continues a theme of the Trump transition, whereby the president-elect has shown his willingness to bring big Wall Street players into his inner circle.

It is also in contrast to a President Obama’s Council on Jobs and Competitiveness, which was formed in 2009 for a similar reason: to advise the president on strategies for improving the American economy. That council was noticeably light on big Wall Street names, even as the President took what in hindsight was a big-bank friendly approach to containing the financial crisis.