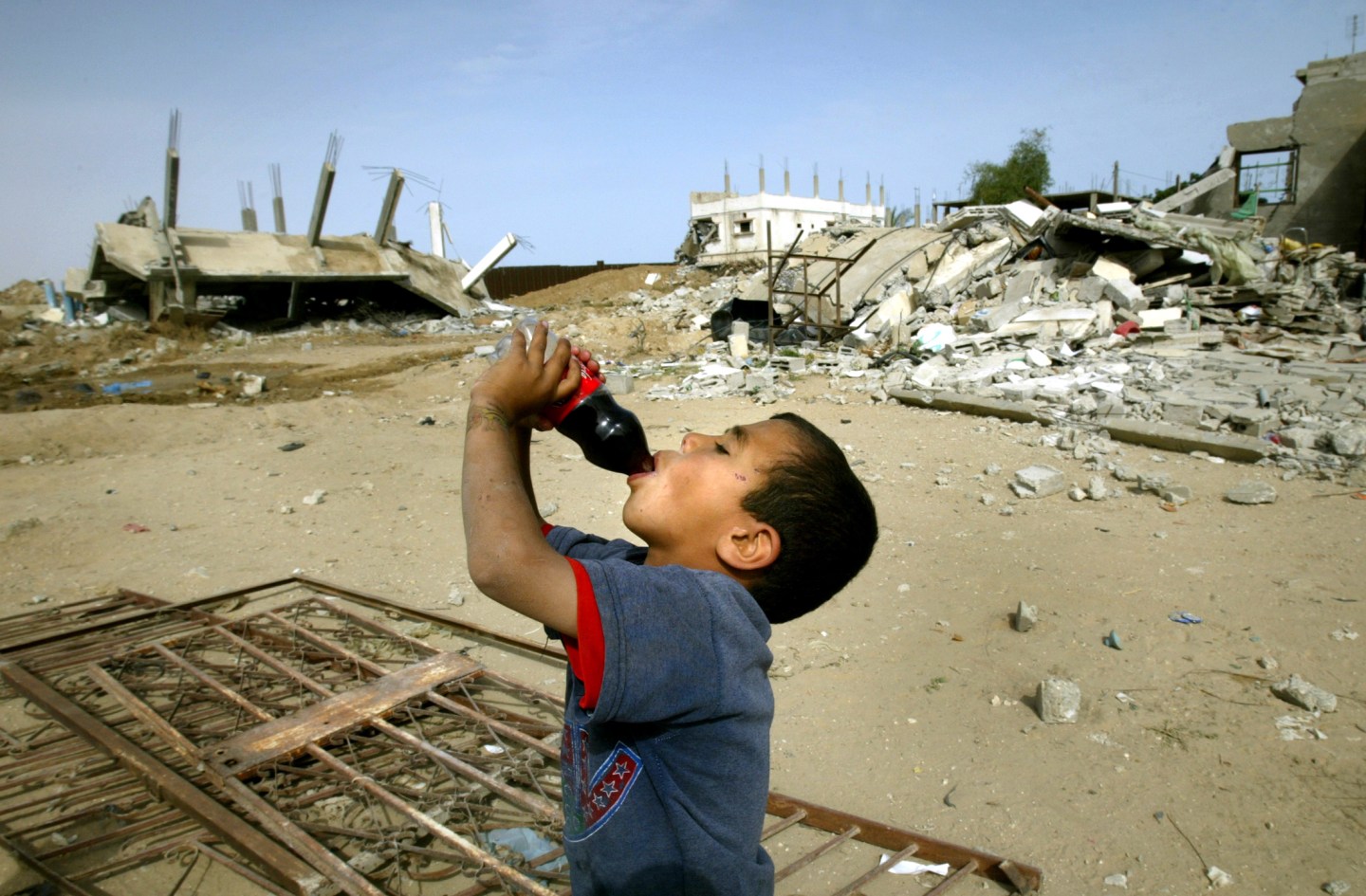 A Palestinian boy drinks Coca-Cola next to houses destroyed during an Israeli raid at the Rafah refugee camp in the southern Gaza Strip May 19, 2004. Israeli troops carried out house-to-house searches for militants and weapons smuggling tunnels in the Rafah refugee camp on Wednesday as Israel's heaviest raid into the Gaza Strip in years entered a second day. REUTERS/Suhaib Salem SJS/CRB - RTRJVQ8
© Reuters Photographer / Reuter REUTERS

Coca-Cola (KO) has raised eyebrows by opening a brand new $20 million bottling plant in the middle of the Gaza Strip during a particularly bleak economic period in the territory.

Israel has been enforcing tight controls on cross-border trade since August, reports the Wall Street Journal, following allegations that a manager at Christian aid charity World Vision diverted more than $50 million to Hamas. (The case is ongoing.)

Gaza, which occupies an increasingly small strip of land between Egypt and Israel, already has three bottling plants. However, these all use plastic bottles and aluminum cans, which require the movement of materials across the border.

The new plant plans to surmount logistical issues by using recyclable glass bottles, and is looking to circulate around three million of them throughout the territory.

The opening of the bottling plant on Wednesday was hailed as a symbol of hope, and has been described as “the first significant economic development in the territory in decades,” by the BBC.

“We see the reality of the living conditions.[But] what we are doing in Gaza will be to our benefit,” Zahi Khouri, head of Coca-Cola’s partner company, Palestine-based National Beverage Co., told the BBC.

The glass bottles will have the added benefit of being cheaper than plastic-bottled coke.

For more on Coca-Cola, watch this Fortune video:

Coca-Cola arrived in Palestine 18 years ago. As in its other territories, Coca-Cola operates in conjunction with a local partner, in this case National Beverage Co., that takes care of plant construction, while Coca-Cola looks after sales and marketing.

There are only two countries in the world where Coca-Cola does not have a presence: Cuba and North Korea. However, with Fidel Castro’s passing earlier this month, economic liberalization is a distinct possibility in the former.