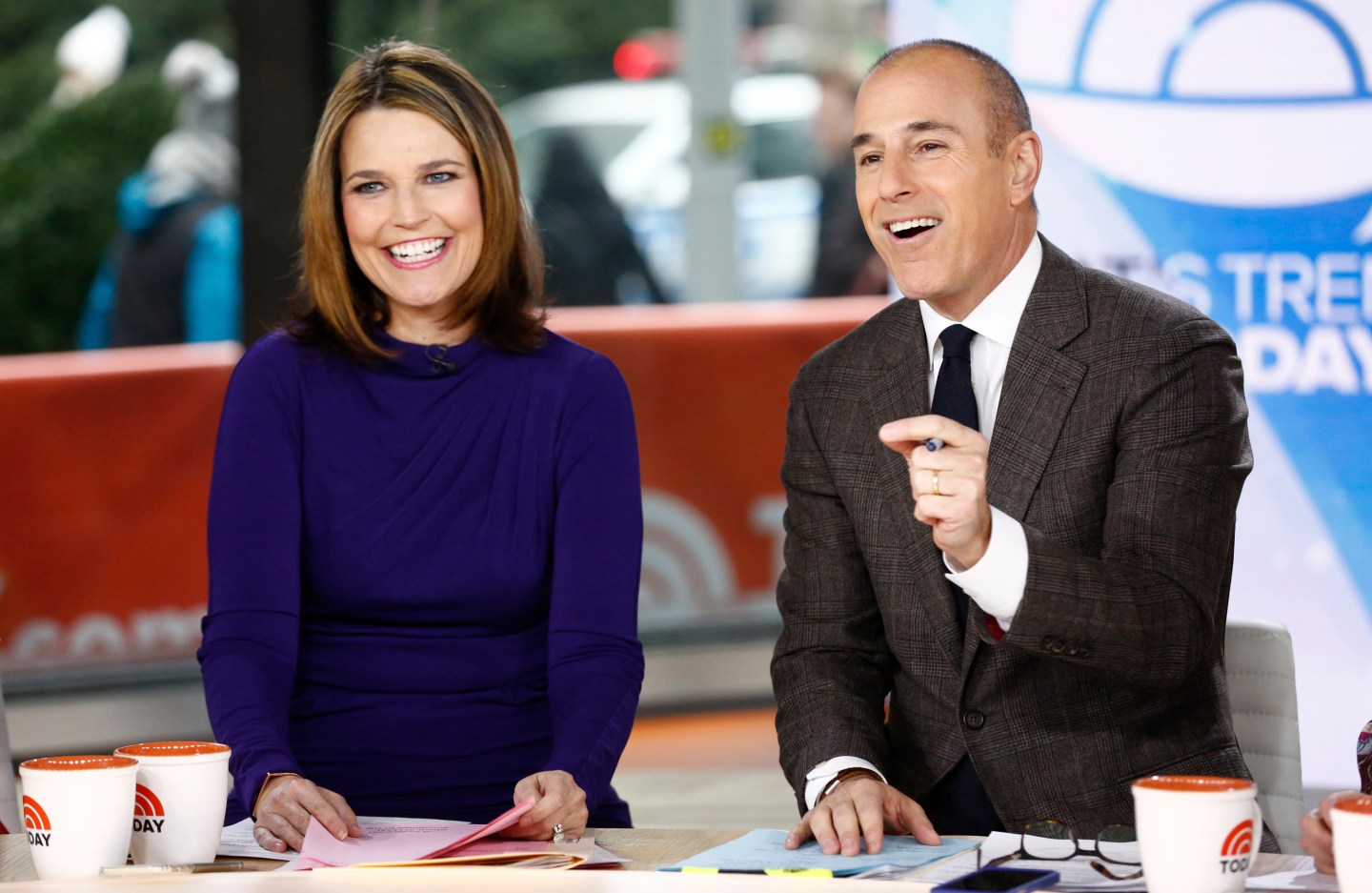 After what’s been a wild year for NBC News’ lynchpin morning show Today, it’s no surprise the network would seek some stability in the form of a new contract for star co-host Matt Lauer.

Multiple publications reported on Tuesday evening that Lauer has signed a new two-year deal that will continue paying him his current salary, $20 million per year, into 2018. News of the deal follows a season of turmoil for the morning program, as well as for Lauer, who suffered heavy criticism after a disastrous interview with then-presidential candidate Donald Trump on NBC’s Commander-in-Chief Forum in September. (Lauer failed to push back on a series of false statements Trump made during that interview, which spurred a broader conversation about journalists’ responsibility to factcheck politicians.)

That debacle was followed by anchor Billy Bush’s dismissal from Today after the leaked 2005 video showing Bush giggling as Trump boasted about groping women. Bush had joined Today‘s couch from Access Hollywood only about two months before his October ouster, but his tenure on the morning show also included a criticized interview with Ryan Lochte in which the Olympic swimmer lied about being robbed at gunpoint in Rio de Janeiro.

The scandal surrounding Bush’s ouster left Today with a bit of a black eye, but it also robbed the show of another potential heir apparent to eventually fill Lauer’s hosting seat. As The New York Post‘s Page Six points out, Bush was the latest potential Lauer replacement to fall out of favor at NBC, following former Today anchor Willie Geist’s move to MSNBC’s Morning Joe and NBC’s Sunday Today earlier this year. (Meanwhile, Page Six also reported that sources say Today‘s executive producer, Noah Oppenheim, could leave the show next year after receiving Academy Award buzz for the screenplay he wrote for Jackie, the new film starring Natalie Portman.)

With no obvious successor to Lauer in tow, and considering the up-and-down year for Today, NBC undoubtedly want to lock its longtime co-host in for another two-year stretch, especially considering the show’s fierce ratings battle with rival ABC’s Good Morning America. Lauer has hosted Today since 1997 and he signed his previous two-year deal, which also paid a reported $20 million per year, in 2014.

Despite the apparent turmoil at NBC’s Today over the past year, Today managed to outpace its closest competitor, ABC’s Good Morning America, in the key ratings demographic of adults between the ages of 25 and 54 during the 2015-2016 television season. However, GMA still beat Today in terms of overall viewers (4.74 million to 4.55 million) for the fourth straight year.

Fortune reached out to NBC News and will update this article with any response.