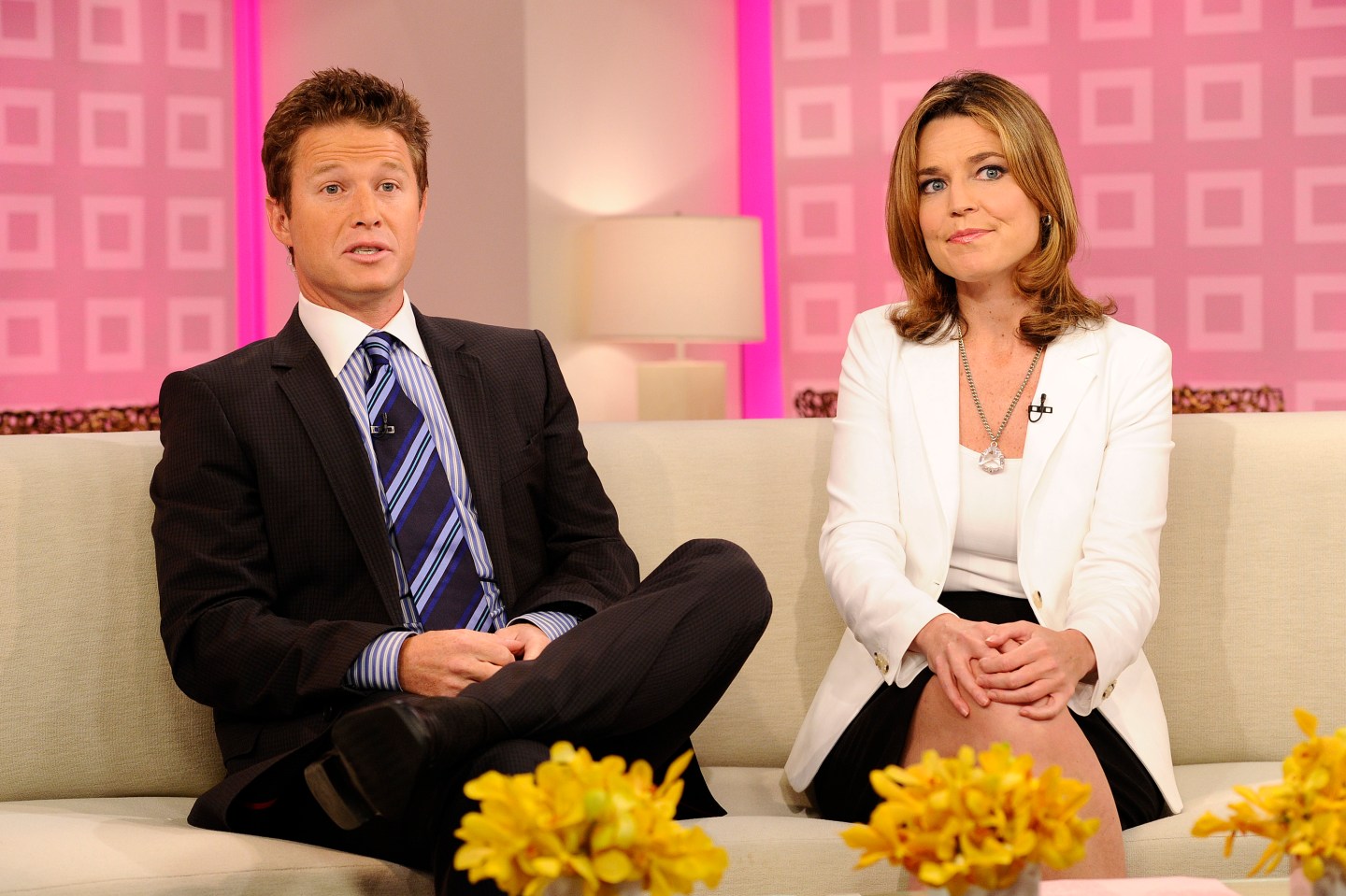 Billy Bush’s mornings on the Today show could be numbered, with NBC reportedly set to part ways with the TV host in a matter of days.

NBC suspended Bush from Today over the weekend due to his part in a video that leaked last Friday showing the vulgar conversation Bush had with GOP nominee Donald Trump while filming for NBC’s Access Hollywood in 2005. On Tuesday, CNN’s Brian Stelter, citing anonymous sources, said that Bush’s departure from Today is only a matter of “when” and not “if,” as NBC looks to mitigate any potential fallout from the video’s release and appease Bush’s colleagues at Today who were upset by the role Bush played in egging on Trump’s boasts of forcing himself on women sexually.

One source told Stelter that Bush’s exit will be officially announced “in the coming days,” CNNMoney reported. Fortune reached out to an NBC News spokesperson for comment and will update this article with any response.

The tape has become a major talking point in the 2016 presidential election, with Hillary Clinton holding it up as an example of Trump’s lack of respect for women. But, while Trump uttered most of the more offensive comments on the tape, Bush comes off as encouraging the behavior. Bush issued an apology last week, saying he’s “embarrassed and ashamed” by the tape.

NBC added Bush to the Today show couch less than two months ago, moving him to New York City after 15 years in Los Angeles with Access Hollywood.

The tape was first unearthed by Access Hollywood before it leaked to The Washington Post, which posted it online on Friday. But, there have been conflicting reports on how the Post scooped NBC’s own news outlets with the story. NBC has said it sat on the footage that NBC News received from Access Hollywood for days out of fear of being sued by Trump, only to have the footage leaked to the Post. But, People reported this week that NBC’s original plan was actually to edit the footage to remove Bush, protecting the network’s newest addition to its popular morning program.

On Tuesday, the New York Post‘s Mark Graham tweeted a picture showing that Bush has already been removed from NBC’s digital billboards for Today at the network’s 30 Rockefeller headquarters in New York.

Billy Bush already wiped off the digital billboards outside of 30 ROCK. pic.twitter.com/WTa07OZ2us

CNN also reported that NBC’s pending decision to part ways with Bush is made easier by the fact that the TV host has not been a part of the Today show for very long. One source told the publication that Bush “isn’t really a part of the Today show family yet,” and that Bush had failed, so far, to cement a strong relationship with co-hosts Al Roker and Tamron Hall. And, it likely didn’t help that Bush had already been criticized early in his stint at Today over his handling of an interview where Olympic swimmer Ryan Lochte lied about being robbed at gunpoint in Rio de Janeiro.