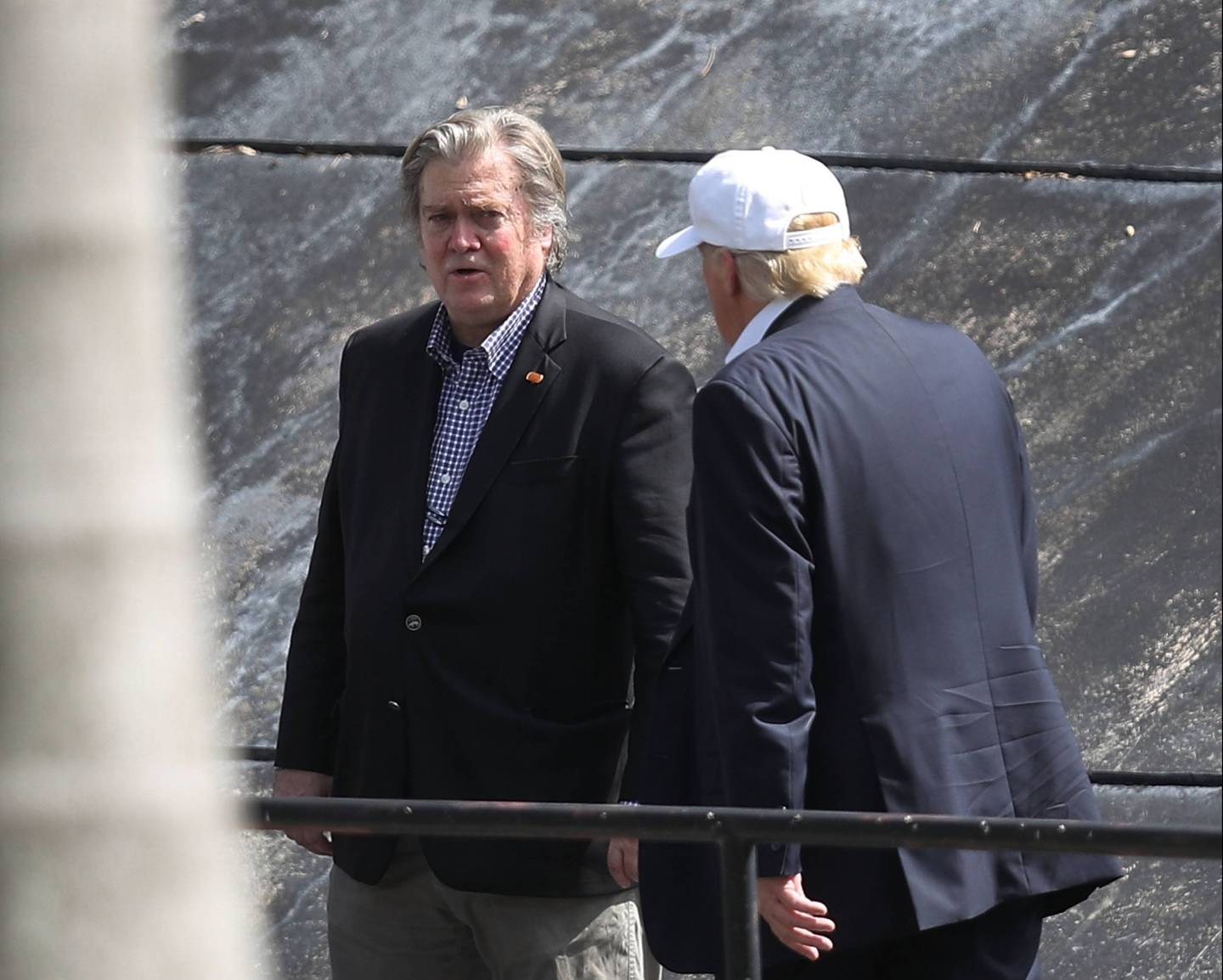 Donald Trump’s disavowal this week of white supremacists who have cheered his election as president hasn’t quieted concerns about the movement’s impact on his White House or whether more acts of hate will be carried out in his name.

Members of the self-declared “alt-right” have exulted over the Nov. 8 results with public cries of “Hail Trump!” and reprises of the Nazi salute. The Ku Klux Klan plans to mark Trump’s victory with a parade next month in North Carolina. Civil rights advocates have recoiled, citing an uptick in harassment and incidents of hate crimes affecting African-Americans, Jewish-Americans, Muslims, Latinos, gays, lesbians and other minority groups since the vote.

The president-elect has drawn repeated criticism for being slow to offer his condemnation of white supremacists. His strongest denunciation of the movement has not come voluntarily, only when asked, and he occasionally trafficked in retweets of racist social media posts during his campaign.

Further, Trump has named Stephen Bannon, the conservative media provocateur who shaped the final months of Trump’s campaign, as a White House chief strategist who will work steps from the Oval Office. Bannon’s appointment has become as a flashpoint for both sides.

Trump’s detractors and his “alt-right” supporters broadly agree on one thing: It may not even matter what Trump himself believes, or how he defines his own ideology, because his campaign rhetoric has emboldened the white identity politics that will help define his administration.

For more on Trump and white supremacy, watch:

“Those groups clearly see something and hear something that causes them to believe he is one who sympathizes with their voice and their view. … Donald Trump has to take responsibility for that,” said Rep. Elijah Cummings of Maryland, a black Democrat. He was among 169 members of Congress who signed a letter opposing Bannon’s White House appointment.

White nationalist leader Richard Spencer said he believes Trump, Bannon and the “alt-right” are “all riding in the same lane.” Spencer explained that neither Trump nor Bannon is a movement “identitarian,” Spencer’s preferred term for his racially driven politics. But Spencer said Trump’s election validates Spencer’s view that America must reject multiculturalism and “political correctness” in favor of its white, Christian European heritage.

Spencer’s group, the National Policy Institute, drew headlines for their recent gathering where some attendees mimicked the Nazi salute as they feted Trump. Spencer told The Associated Press the salutes were “ironic exuberance” that “the mainstream media doesn’t get.”

But at the Anti-Defamation League, which tracks incidents of anti-Semitism, Oren Segal said it is part of a disturbing postelection atmosphere tied to Trump’s 17-month campaign.

Before, Segal said, it wasn’t “surprising” for the ADL to get calls about a swastika, the Nazi insignia, defacing public or private property. “What’s surprising now,” he said, “are the references to the campaign” in the incidences. “‘Make American White Again’ … ‘Go Trump’ with the swastika,” he said. “That is unique.”

Breitbart and Trump: The Closest Thing to a State-Owned Media Entity

Trump was asked about the rash of incidents during a postelection interview on CBS’ 60 Minutes. Trump said he was “saddened,” and he looked into the camera and said, “Stop it.” But Trump has steadfastly defended his hiring of Bannon, who previously led Breitbart News and in July described it as a “platform for the alt-right”—just a month before he took the job running the Republican nominee’s campaign.

Jared Taylor, editor of the white supremacist magazine American Renaissance, said Trump bears some responsibility for his pitched rhetoric, which included describing Mexican immigrants as “rapists” at the outset of his campaign and proposing a ban on all Muslim immigrants. But Taylor said Trump is still unfairly maligned as a white supremacist and racist because he “cares about Americans already here.”

But white supremacist imagery was a common sight at Trump rallies. Pepe the frog, a cartoon character appropriated by the white supremacist movement on social media, appeared on dozens of T-shirts and signs. The “Make America Great Again” motto was seen by some as a call back to the nation’s simpler, whiter, past. While the businessman’s campaign never actively courted votes from the movement, it did recognize the long-term fears that some whites feel about immigration.

Taylor insisted, “There’s nothing Ku Klux Klan about any of this.”

As part of his prolific Twitter use, he has retweeted white nationalist accounts and a famous quote of Benito Mussolini, the 20th century fascist leader of Italy, saying “It is better to live one day as a lion than 100 years as a sheep.” In February, Trump declined to repudiate former Klan leader David Duke during a CNN interview. Afterward, Trump blamed the move on a faulty earpiece, only to come back days later and offer an explicit condemnation.

He has several times fallen back on the excuse of merely retweeting when asked about his controversial social media behavior. In February, he retweeted a message from the account of a neo-Nazi, which came shortly after he retweeted false crime statistics that dramatically overstated the number of whites killed by blacks.

“Bill, am I gonna check every statistic?” he asked Fox News host Bill O’Reilly at the time. “All it was is a retweet. It wasn’t from me.”

While Trump is quick to blast his foes on Twitter—in recent days that includes The New York Times and the cast of the Broadway musical Hamilton—he has yet to proactively condemn racist acts his win has inspired. His eldest son, Don Jr., has used Twitter to liken Syrian refugees to a poisoned bowl of Skittles candy, and he has posted images of Pepe. And Trump’s rise to political celebrity came as he peddled the falsehood that the nation’s first black president, Barack Obama, was born in Africa, not in the United States.

In an interview Tuesday with The New York Times, Trump did denounce the white supremacist movement when asked, saying “I condemn them. I disavow, and I condemn.” But he has yet to convene the traditional news conference held by a president-elect in the days after winning where he could potentially face more pointed questions about it.

The ADL’s Segal called Trump’s answers when questioned an important step to “allay any illusions” white supremacists have about their place in a Trump administration.

But Ben Jealous, a former national president of the NAACP, went a step further, saying Trump should “pull a George Wallace.” The segregationist Alabama governor ran for president on white identity politics but years later publicly apologized for his views.