Watch a Tesla Drive Itself through Crowded Urban Streets 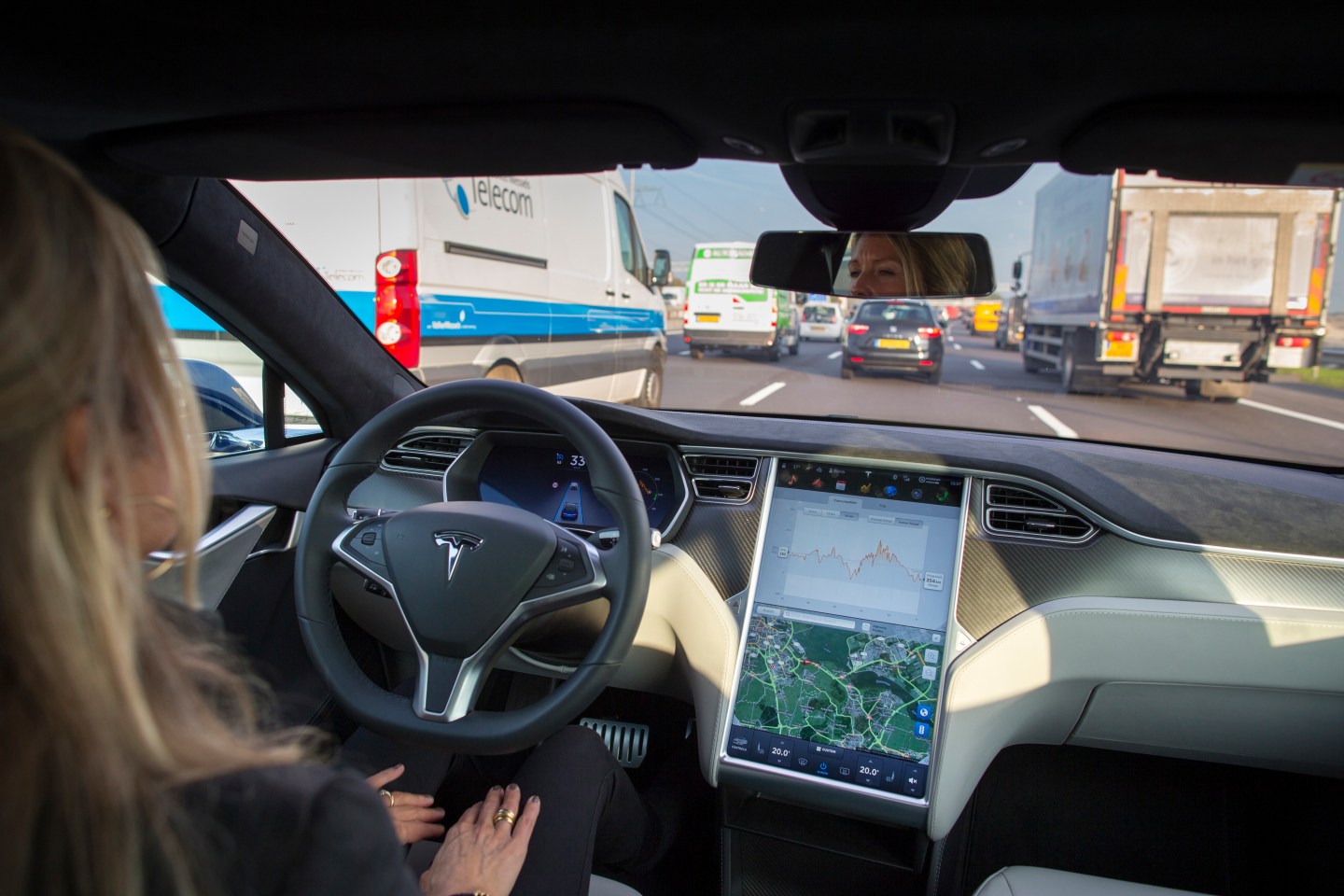 If you care about technology, the future, and human progress, get ready to maybe cry a little bit. On Friday, Tesla released new video showing a fully-autonomous vehicle navigating a hectic urban landscape.

The demonstration shows at least level 4 autonomy, according to standards recently set by the National Highway Traffic Safety Administration. The vehicle is navigating a dynamic environment, and the human in the driver’s seat doesn’t have to do anything. There is a NHTSA level 5, which encompasses systems that can tackle any destination or situation, such as severe weather.

While the video doesn’t in and of itself prove that Tesla’s systems are ready for full-scale rollout, it’s a powerful demonstration of how far the company has come on vehicle autonomy—even as competitors take a step back or remain stuck in a mindset of incremental development.

It’s also a step forward from a similar video released in October, when Tesla first announced that all of its new vehicles would include full autonomy capabilities. That video focused on highway driving, considered much easier for autonomous systems than urban driving.

But the new release shows a Tesla navigating some truly complex obstacles. When a bicycle swerves in front of the car from the right, it slows (For the record: Cyclists, don’t do that!). When pedestrians outside of a crosswalk pass in front of the vehicle, it stops—all without human intervention.

The video’s use of music continues a tradition of engagement with pop culture at both Tesla and SpaceX. But “Paint it Black” (which also appeared in the October highway driving video) is a particularly interesting choice. The song was released in 1966, when America was escalating its involvement in the Vietnam War. While the song isn’t about the war, its morbid themes tapped into the anxiety of the time to make it a hit.

One lyric particularly resonates with its new context: “I see a line of cars and they’re all painted black/ With flowers and my love, both never to come back.” Squint a little, and Mick Jagger’s description of a funeral motorcade becomes a metaphor for the huge number of traffic deaths that plagued the 20th century, claiming many times more American lives than the Vietnam war itself. It’s a scourge that, Tesla may be suggesting, we’re almost done with.

For more on self-driving cars, watch our video.

If that’s a bit heavy, Tesla also released a sped-up version of the video, set to the Benny Hill theme, a.k.a. “Yakety Sax.”

Even with the silly soundtrack, it’s not just cool. It’s beautiful. It’s the kind of achievement that’s possible when we work together, bringing our best selves. It’s the future, and we’re living in it.