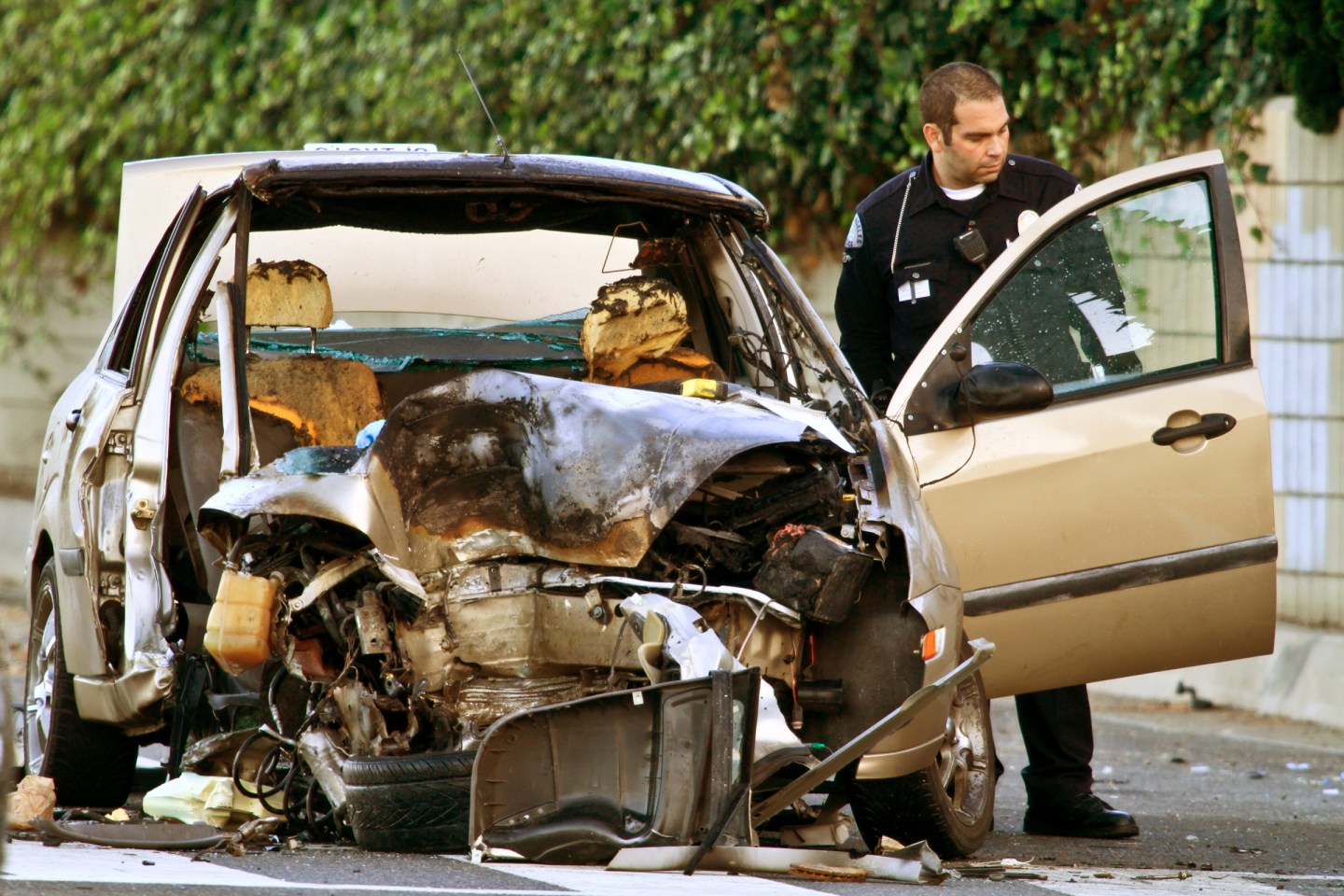 The National Highway Traffic Safety Administration has just released fresh traffic fatality statistics, and they’re remarkably grim. There were 17,775 deaths on the road in the first half of the year—up 10.4% from the same period in 2015. That follows a rise of 7.2% in the number of fatalities from 2014 to 2015, which according to NHTSA was itself the largest percentage jump since 1966. We’re now on track to see more than 35,000 traffic deaths for the year, which would make it the deadliest since 2008.

That, of course, was the year the Great Recession hit. Broad reductions in incomes and employment pushed down overall miles driven in the U.S., contributing to steep declines in traffic fatalities in 2009 and 2010. But those reduced numbers broadly held largely steady, with a single 7.9% spike in 2012, even as the economy recovered.

Citylab argues that one culprit could be a steady rise in the use of mobile devices while driving. According to numbers from the National Safety Council, 2.2% of drivers admitted to texting and driving or similar activities as of 2014, up from just 1% in 2010. More recently, researchers found that a disturbing number of drivers were playing Pokémon GO behind the wheel.

For more on tech and highway safety, watch our video.

A continued increase in the rate of distracted driving could explain some of the increase in fatalities. It would seem to be offsetting safety gains from other technologies, including not just new automatic collision avoidance systems, but even now taken-for-granted features like anti-lock brakes, which are equipped on a greater percentage of the U.S. fleet with each passing year.

The good news is that we’re still driving on highways much safer than they were even a decade ago. The fatality rate in 2006 was 1.46 per million miles, and there were 42,708 traffic deaths that year. But if law enforcement can’t figure out how to get a handle on distracted driving—perhaps with some help from cell phone manufacturers —it’s not hard to imagine all that progress going away.