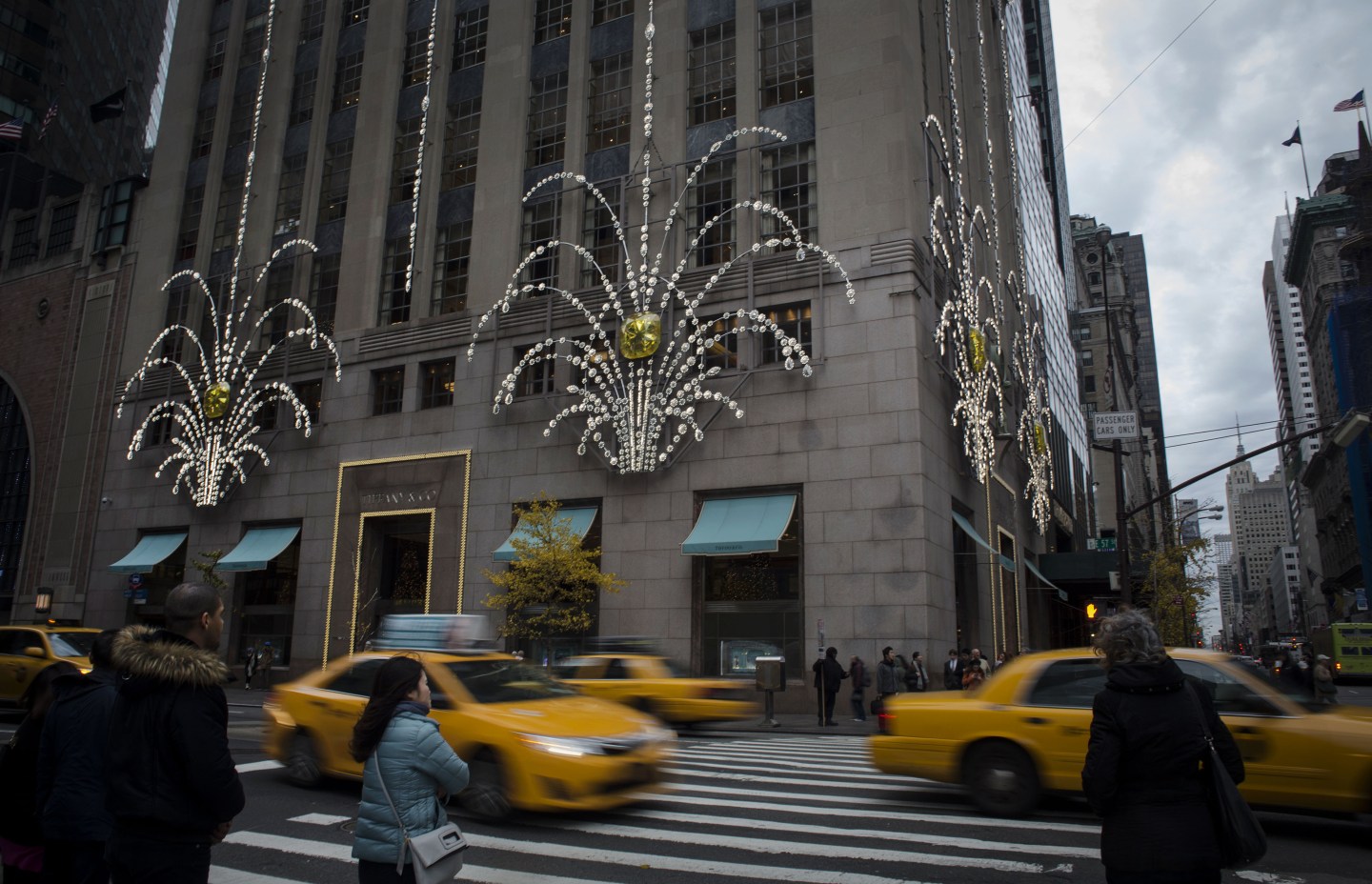 Commercial rents on the swankiest part of Fifth Avenue in New York are once again the highest in the world, but a new threat to that standing has emerged: protests against President-elect Donald Trump and the prospect of him continuing to spend a lot of time at his home there after he assumes the presidency.

That’s good enough to keep it in first position, a hair ahead of $2,878 on Hong Kong’s Causeway Bay and more than twice Paris’ Champs-Elysées and London’s Bond Street at $1,368 and $1,283 respectively.

But Cushman & Wakefield also noted it was Fifth Avenue’s first decline since the 2009 financial crisis, ascribing the decline to fashion brands looking to cut costs as sales remain sluggish and retailers turn increasingly to e-commerce.

“The larger question for 2017 and beyond will be the unrelenting rebalancing of sales origination: bricks and mortar versus e-commerce,” said Gene Spiegelman, the firm’s head of retail services for North America. The firm noted there has also been slower demand for flagship space in New York as retailers get more cautious about spending on large, flashy emporia.

And now a new challenge for the street: protesters unhappy with Trump’s election last week have shown up regularly at Trump Tower, on Fifth Avenue near 57th Street, where he resides, all but blocking shoppers. What’s more, Trump has reportedly said he wants to spend as much time as possible in New York even after he moves into the White House. That will mean constant street closings.

The extreme security measures began going up around the Fifth Avenue skyscraper on Election Day, when New York City brought a fleet of heavy Sanitation Department trucks filled with sand to secure the front of the 664-foot glass tower and shield it from a potential car bomb attack. Those trucks were later replaced by concrete barriers bearing the NYPD logo.

New Yorkers and tourists will need to get used to it: the New York Daily News this week reported that the Secret Service wants to shut down Fifth Avenue to traffic near Trump Tower anytime the future President is in town. The NYPD and the Secret Service are set to meet on Thursday to discuss solutions.

A Tiffany spokesman told Fortune the jeweler is in “frequent communication with the New York Police Department and U.S. Secret Service regarding safety and security along the perimeter of our Fifth Avenue flagship.”

All this could not come at a worst time for Tiffany: it gets about 8% of annual sales from this one store, and the holiday season is the most important of the year. The luxe stores are already feeling the pain from a pullback in spending by tourists.

Here are the world’s 10 most expensive shopping strips by annual rent per square foot according to Cushman & Wakefield: