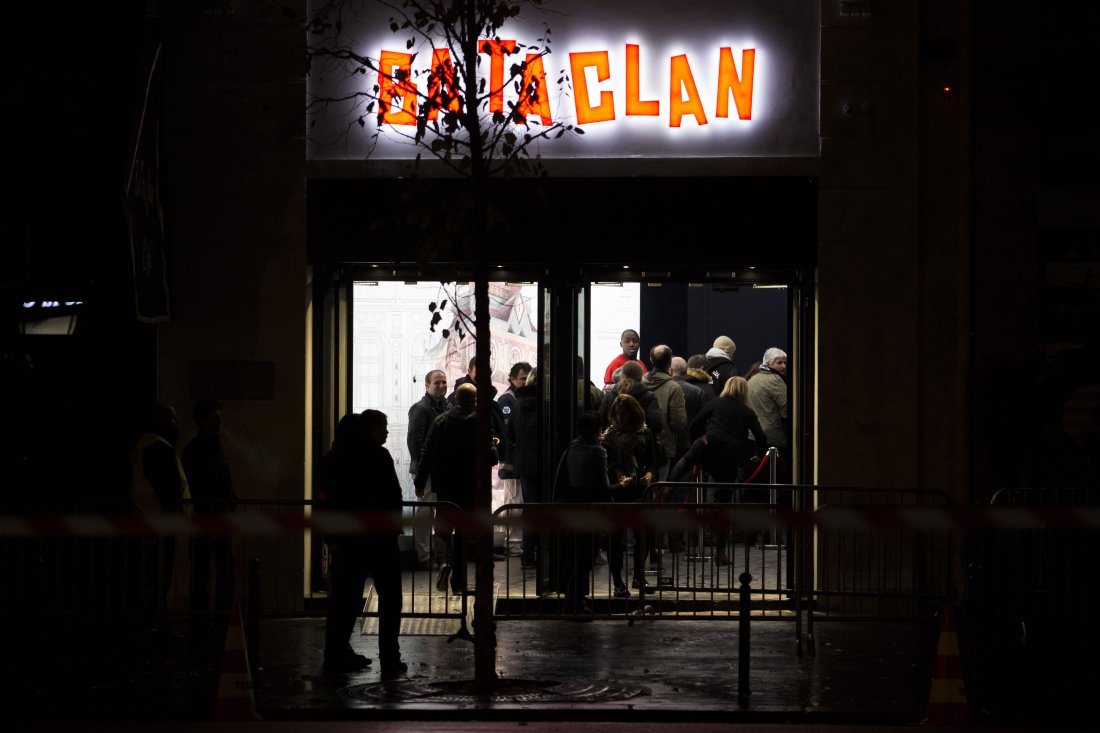 Sting performed at Paris’ historical Bataclan concert hall on Saturday, in the first show at the venue since 90 people were killed at the location nearly one year ago.

The musician took the the iconic venue to performing songs from his latest album, 57th & 9th, for survivors of the attacks and their families along with about a thousand other guests. Proceeds from the event are expected to go to two charities, Life For Paris and the 13 Novembre Fraternité Verité.

The British singer paused during the concert to speak in French to the audience about the horrific tragedy.

While asking audience members to observe a moment of silence, Sting added, “We will not forget them.”

The mood at the concert was one of somber remembrance as well as a celebration of life, as one concertgoer put it.

“I’m happy to be here,” Xavier Jugele, a 37-year-old Paris policeman told PEOPLE at the event. “Glad the Bataclan is reopening. It’s symbolic. We’re here tonight as witnesses. Here to defend our civic values. This concert’s to celebrate life. To say no to terrorists.”

“It doesn’t feel strange, it feels important,” he continued. “Symbolic.”

Jugele also revealed that he had visited the venue many times before the attack and was one of the many police officers who responded to the attack. “But outside,” he stressed.

“I’m here for the reopening is for all those who couldn’t come,” she tells PEOPLE. “To make a statement. The French Republic is here.”

“The reopening of the Bataclan, in music, is a sign that we are turning to the future, through the creation, sharing and gathering around artists,” French Culture Minister Audrey Azoulay wrote in a Facebook post on Saturday.

“This return of life to the Bataclan is also the victory of youth and the ideals of humanism against terror and division.”

The concert hall was quietly reopened briefly in March to survivors and their families. After the concert, the renovated venue will be closed again until Wednesday.

The city of Paris is planning a memorial service outside the theater on Sunday at 11 a.m., commemorating the anniversary of the attack. Sting’s concert comes four days before the venue’s previously scheduled re-opening. Members of Eagles of Death Metal are expected to attend the memorial ceremony.