How Rihanna and Kylie Jenner Are Helping Puma’s Sales 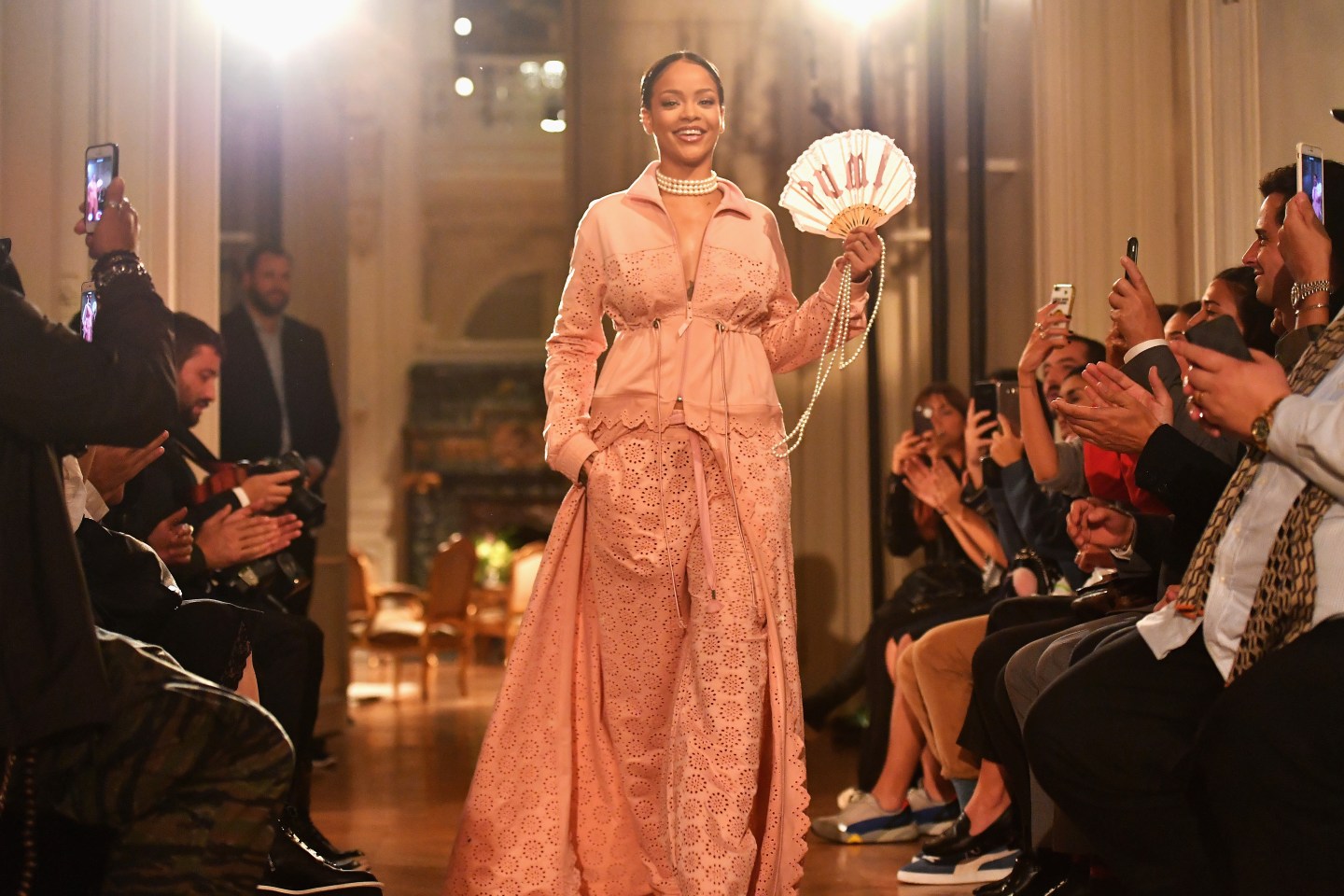 The German-based company issued strong third-quarter results, with sales rising an impressive 11% to $1.08 billion, with balanced growth coming from footwear and apparel. Chief Executive Bjørn Gulden called out key celebrity partnerships with Rihanna and other well-known stars as a reason that sales were so strong during the quarter.

“Our marketing with personalities like Rihanna, Kylie Jenner, Cara Delevingne and, of course the unbelieveable performance of Usain Bolt, have increased our brand heat,” Gulden said in a statement. He added that sales growth had been stronger than Puma had anticipated.

Puma’s relationship with Bolt is indicative of the traditional way that athletic gear companies market their wares. Sports companies partner with these athletes to sell consumers on the technical components of running t-shirts or soccer cleats, while also touting the style components. The Rio Olympics this summer created a halo around the entire industry, boosting sales at rival Nike (NKE) as well as at Puma. Bolt was especially successful on the track course, winning three gold medals for the third consecutive Olympic Games.

But Puma’s relationship with “influencers” has become increasingly important as the style component of athletic gear continues to resonate with shoppers. Rihanna is the most heavily involved, having steered stylish collections with Puma at fashion weeks in New York and Paris. Those higher-end lines have been inspired by Japan’s street style and more recently this fall, fashions from the Puma-Rihanna team were inspired by 18th-century France that added a pop of color, ruffles, and bows to transform traditional tracksuits and tennis dresses.

As a result of the on-trend fashions, Gulden said more consumers are buying Puma’s newer products at full price. That’s pleasing retailers, and Gulden said his company’s next task is to get “more of the right Puma products on their shelves.” That hints that Puma’s strong sales growth could create a halo around the brand that could be rewarded with more shelf space. Because Puma, Nike and Under Armour (UA) rely on department stores, sports stores and other retailers for wholesale distribution, winning shelf space is a key way to boost sales down the road.