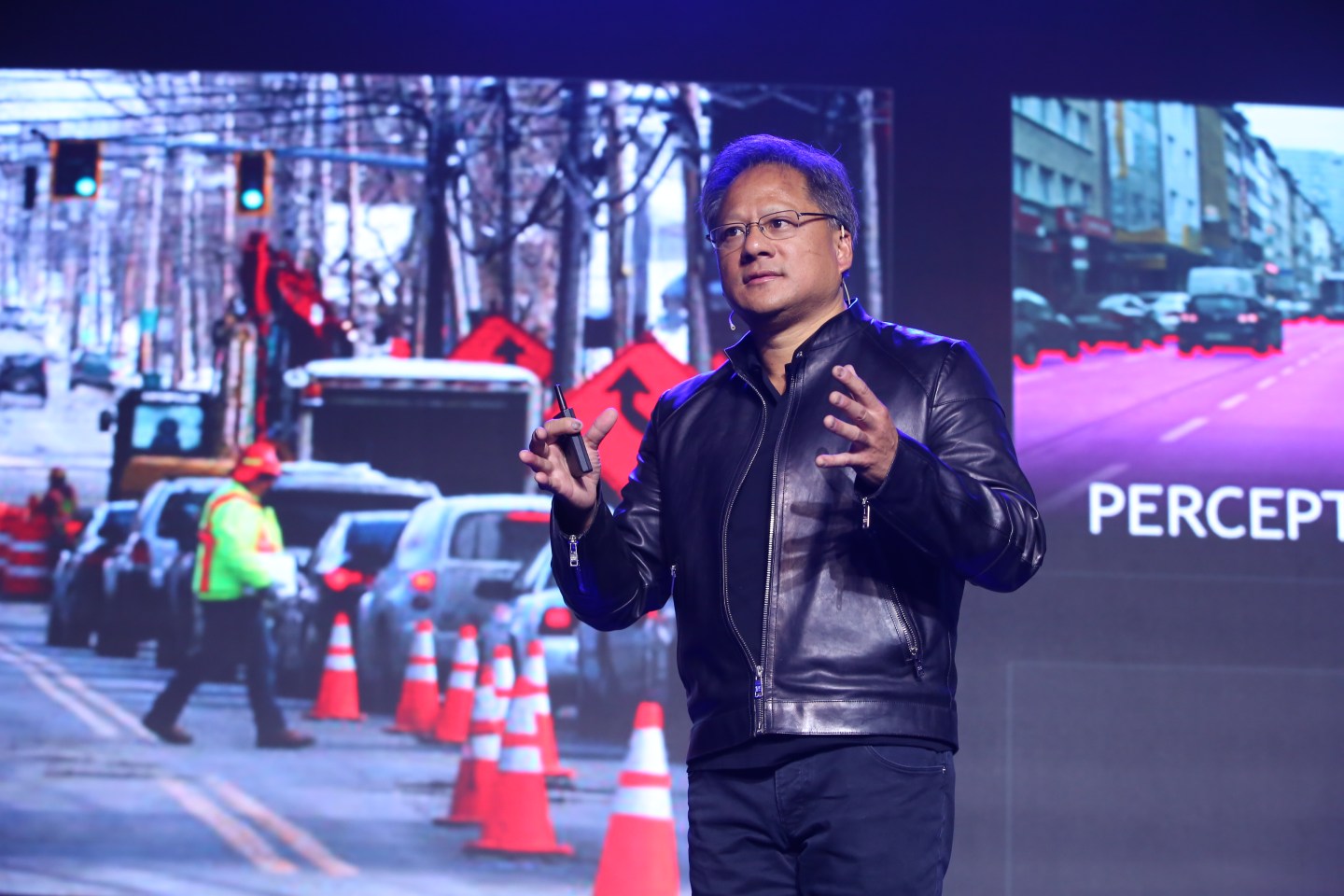 Nvidia used to be a little company making graphics chips for PCs, but it’s well on the way to transforming into one of the leading computing platforms for cloud servers, machine learning, and artificial intelligence.

Fortunately for Nvidia, it turns out that the kinds of tasks graphics chips are good at—like processing many, many simple calculations at the same time—are just what’s needed to run analysis programs in a cloud data center, steer a self-driving car, or pilot an automated drone.

Thursday brought more evidence that the company’s successful transition is in full swing. Nvidia (NVDA) reported third quarter results that blew through Wall Street expectations, and its stock price, which had already doubled this year, rose another 15% in after-hours trading.

Revenue of $2 billion was up 54% from last year and beat analysts’ expectations by over $300 million. Adjusted earnings per share of 94 cents walloped the average analyst estimate of 57 cents.

Revenue from the data center business nearly tripled to $240 million, fueled by sales of a new chip in its Tesla line that dramatically speeds up machine learning tasks. Sales of gaming graphics chips, boosted by demand from a new Nintendo (NTDOY) video game system, rose 63% to $1.2 billion.

And while those well-established units are doing quite nicely, the company’s effort to make chips for self-driving cars, virtual reality gear, and other smart devices is still at a nascent stage, with lots of potential ahead.

Speaking on a call with analysts, CEO Jen-Hsun Huang said the old graphic processing chip business has reached a “tipping point” where gaming was no longer the only market. With demand from cloud and corporate data centers, PCs, gaming consoles, and smart devices, “it’s no longer a niche component,” he said.

Intel (INTC) has tried to short-circuit Nvidia’s data center push by offering a very different kind of chip. Thanks to its purchase of Altera last year, Intel is pitching a type of chip known as field-programmable gate array, or FPGA, that can be reprogrammed for different specialized tasks on the fly.

Traditionally, for specialized computing tasks like sorting big data or doing facial recognition on photos, companies use application specific integrated circuit, or ASIC, chips that have permanent circuit paths laid down that can’t be changed. With FPGA, the chips are more flexible and could gain an advantage if a data center operator changed the algorithms it used to perform those critical tasks.

Huang was almost completely dismissive of the effort, given the success of Nvidia’s new Tesla chip, an ASIC design for speeding up the performance of deep learning tasks. At one point, Huang jokingly said the new chip was so much faster, it was like giving users a time machine.

Intel has also been trying to catch up by developing better artificial intelligence functions in its chips. In August, Intel bought Nervana Systems, a 2-year-old startup considered among the leaders in developing machine learning technology.

But Huang touted a growing ecosystem of developers and startups in the field choosing to rely on Nvidia’s chip platform.
Worldwide, some 1500 companies in AI are using Nvidia chips, he said.

Still, Nvidia has a long way to go to catch Intel. It’s trailing in the current market, but it may have the more desirable products for where the market is going.