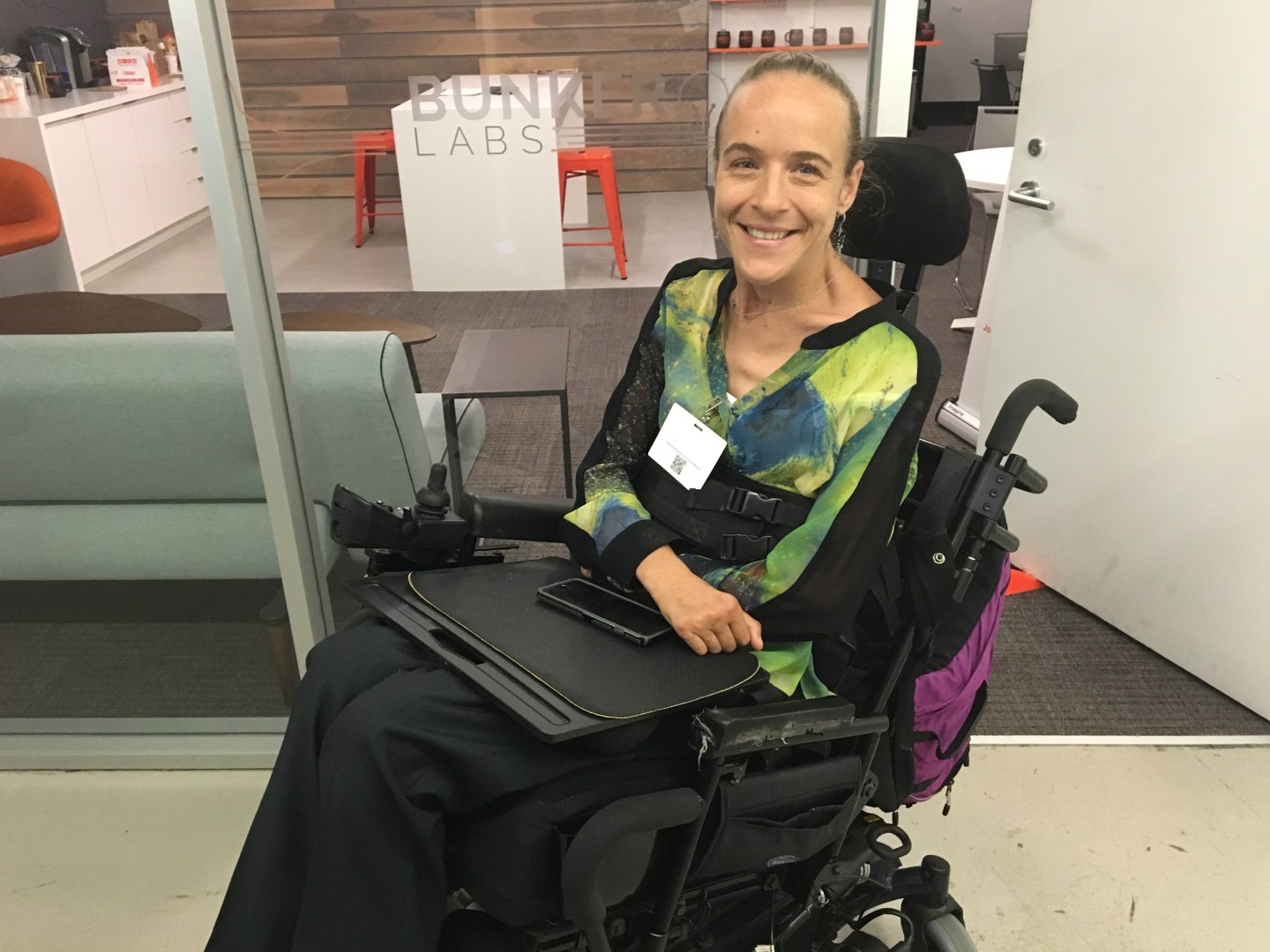 When Kaney O’Neill started her business, it was out of frustration more than anything else. The Navy veteran had a master’s degree from Northwestern University, but was struggling to find work.

“My resume got me job interviews, but it seems when I pulled up in my wheelchair no one wanted to hire me,” she says. “The conversations became about special accommodations or how I would perform certain functions of the job rather than what value could I add to their organization.”

Her condition was the result of a freak accident suffered during her time in the Navy. A shipyard worker, O’Neill was working on the dry-docked USS Nimitz in Newport News, Va., during Hurricane Floyd in 1999. She had wandered out onto a balcony to watch the storm come in, only to be blown off and left with a permanent spinal cord injury. She was 21.

After a year of trying to find a job, she decided to do something different: she started her own roofing business.

“Roofing was already in my DNA,” says O’Neill, 38, who started her business, ONeill Contractors, in 2007 in the Chicago suburbs. “My father was a roofer, my uncle was a roofer, my brother is a roofer and the family said they would help me.”

She started by learning as much as she could about federal contracting. It took some time, but a year later, she landed her first contract — a small roofing project in Pasco, Wa., through the U.S. Army Corps of Engineers. Her next contract was a modest one, but it came with big name recognition: Boeing. “If Boeing hadn’t given me that job, I don’t know what I would have done,” she says. “There were times that the work for Boeing helped keep the doors open.”

Growth was a problem. For nearly eight years, O’Neill says she relied on a $25,000 line of credit from Bank of America and was concerned she could lose her house or car, which she put up as collateral. “It was the most a bank would give me,” says O’Neill, who is also a single mother of a 7-year-old son.

She also struggled to find a bonding company that would financially back her, a necessity for bidding on federal construction projects. Without a letter stating her official bonding capacity, Kaney went after commercial work where a bond wasn’t required and asked her bonding company to approve her on a project-by-project basis for small federal jobs.

Related: Your Ultimate Guide to Applying for a Patent

Sometimes the bonding company would approve projects and sometimes they would tell her to finish a current job before she could get the financial backing for another project, Kaney says, which drastically impeded the growth of her company.

At one point, O’Neill says she applied to be designated by the Small Business Administration (SBA) as a women-owned business, a service-disabled veteran-owned business and member of the 8(a) Business Development Program for disadvantaged businesses, but was denied on all counts.

“It was heartbreaking,” she says. “I was so discouraged, but I set up my business myself, so I made a lot of mistakes in how I set it up.”

She had to revamp her business plan and follow Robert’s Rules to establish a small quorum for voting within her company. She had missing paperwork. Having her other family members listed in the business was an issue too, she says, so O’Neill became a 100-percent owner sans her mother and brother, who are on her payroll as employees.

Desperate for help, she decided to go for an SBA-backed loan, which meant she had to create a business plan to help her accurately forecast projections. She started by taking a class at the Women’s Business Development Center in Chicago, which offers a range of free resources.

Related: How to Create a Fortune 500-Style Marketing Campaign on a Startup Budget

“Once I did the program, I realized how much I needed to learn because it’s not just running your business, it’s the marketing, the financials and everything else,” O’Neill says.

From there she was introduced to Bunker Labs, a non-profit business accelerator for military veterans headquartered inside of Chicago’s tech and entrepreneur-centric 1871 space. She also received training via Operation Hand Salute, a program AT&T hosts for disabled business owners, and took an intensive SBA Emerging Leaders program night class once a week for three months.

One by one, O’Neill began fixing problems with her business structure.

“This is a woman who is serious about being a business owner, serious about growing revenues and building as sustainable business,” says Todd Connor, CEO of nonprofit Bunker Labs. “She’s not afraid to take assistance, find support and help. She’s smart enough to know if there are programs and opportunities available you should take advantage of them.”

It worked. O’Neill met with an SBA lending representative at a community bank in Illinois and managed to get a $250,000 line of credit via SBA-backed 7(a) loan in January 2015. Soon after, she was named the National Veteran-Owned Business Association’s 2015 Woman Vetrepreneur of the Year.

Related: Why This High-Powered Music Exec Left the Entrepreneur Life

Today, O’Neill has transformed her two-person company that began with her mom helping her, into an 18-person business that has worked on multimillion-dollar contracts — including one with the Edward Hines Jr. Veterans Administration Hospital, where O’Neill had spent time recovering after her accident. She also earned the SBA designations which she had previously been denied.

Last month, Kaney was approved for a $900,000 SBA-backed loan in the form of a revolving CAP Line of credit.

She hopes to grow her roofing business to $10 million in annual revenues by 2019.