What CEOs Must Learn From Trump’s Victory 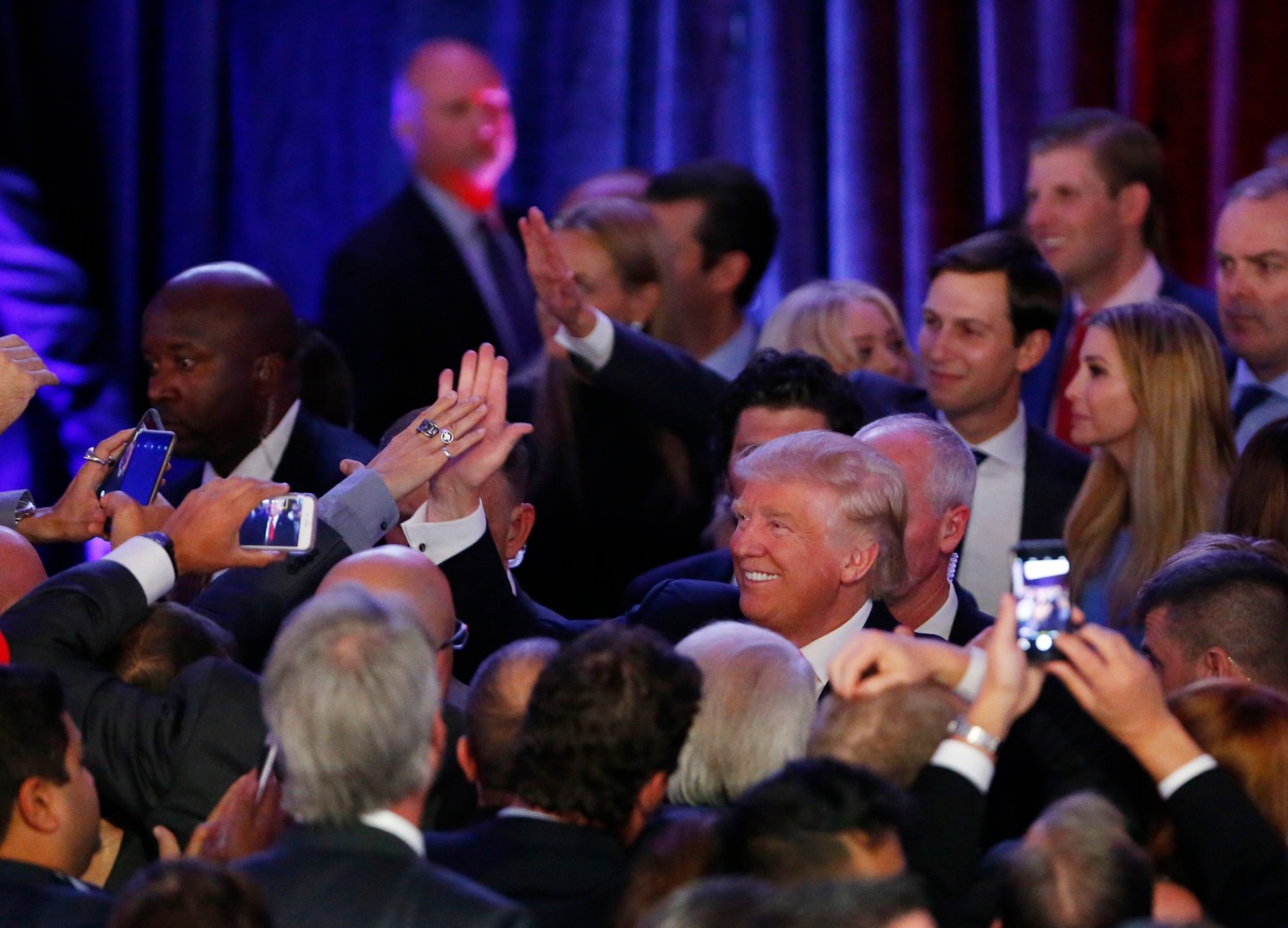 On the morning we went to press for our Dec. 1 issue, America woke up to the news that Donald Trump would be the U.S. President come January. It’s too early to know what that will mean for business and for the country as a whole. But what we do know is the social and political climate that gave rise to Trump’s victory. We live in a time of moral outrage. If you listened to partisans on either side of election 2016, it was a contest between—or a protest of—a criminally corrupt politician and a serial sex offender, even though neither candidate had been formally charged with, much less convicted of, such crimes. Elizabeth Warren recently eviscerated Wells Fargo (WFC) CEO John Stumpf—a man once known for his own and his company’s core values—as a “gutless” leader, squeezing “employees to the breaking point so they would cheat customers.” Twitter failed to find a buyer in part because its streams overflow their banks with instant outrage, brutalizing users in the process. Every perceived wrongdoing is more easily amplified than ever before, animating us all to stand in judgment.

I recently shared a meal with Dov Seidman, the CEO of LRN, which advises companies on how to build ethical cultures. He reminded me that the philosopher David Hume said that “the moral imagination diminishes with distance.” Human beings have always been quick to form moral conclusions about events closest to them, but slower to judge those beyond their immediate grasp. Seidman added a corollary: “As distance decreases, the moral imagination increases” and “we now live in a ‘no distance’ world where we experience the dreams, frustrations, plights, and behavior of others directly and viscerally.”

Today the whole world is at our fingertips. Video of the young Syrian boy pulled from his home in Aleppo is shared millions of times, putting the tragedy only an arm’s length away. Moral imagination has exploded.

For business leaders, the challenges and implications are profound. Being a “good” corporate leader once meant delivering superior results to shareholders. Today that’s still necessary, but not sufficient. Workers and customers as well as politicians and the public are holding those who lead to a new—and higher—moral standard, and leaders must learn how to respond. CEOs of large global companies “need a moral framework and North Star” that can guide them in their thinking and in our choices, says Seidman.

That’s easier said than done. But it’s the reason we selected Rome and the Vatican as the site for the 2016 Fortune + Time Global Forum on Dec. 2 and 3. We don’t necessarily agree with all of Pope Francis’s views on business and capitalism. But we do think he is one of the leaders in the world with the moral authority to help us better understand the changing nature of authority itself. And in that he has something important to teach every business leader.

You’ll see some fascinating examples of leadership in our Businessperson of the Year list.

Finally, we embarked on a fun collaboration with another leader—this one in artificial intelligence. For our Fortune Crystal Ball (publishing on the site next week), IBM Watson offers some eye-popping predictions for the year ahead. We’ll update what we get right and wrong, of course—but in the meantime, let us know what you think.

A version of this article appears in the December 1, 2016 issue of Fortune.