Why Valeant Can’t “Dig Out of That Hole” Fast Enough 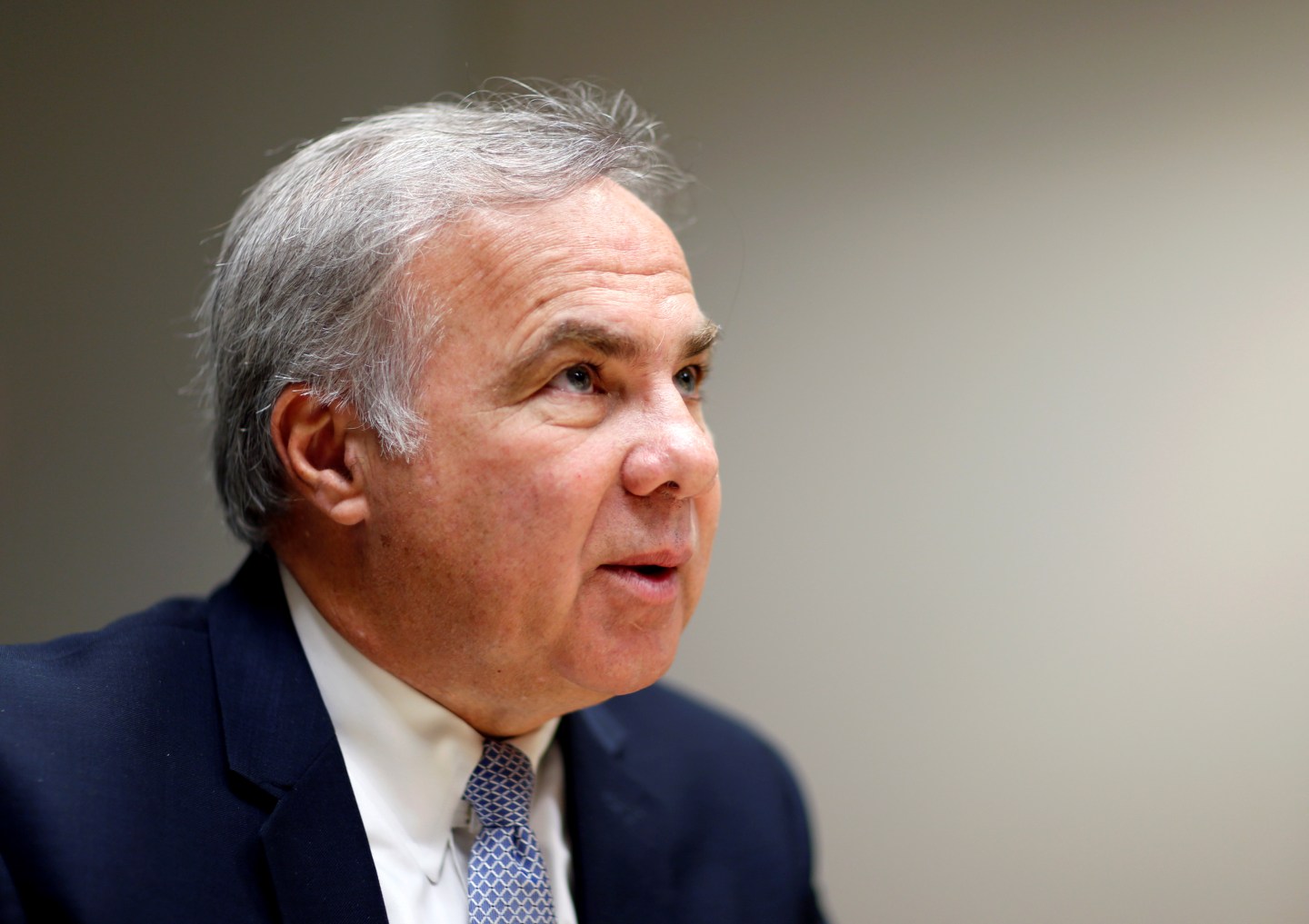 Scheduling its earnings report on Election Day was already a signal that Valeant Pharmaceuticals (VRX) didn’t have great news to share.

But the troubled drug company managed to disappoint investors anyway. Valeant stock plunged 22% as the drugmaker slashed its guidance for the rest of 2016, even with less than two months left in the year.

It’s the second time this year that Valeant has had to cut its earnings forecast. Last time it did so, in March, Valeant’s stock lost half of its value in a day. Valeant shares are down 85% this year, and 95% since their peak price in summer 2015, as accounting errors have led to a criminal investigation of its practices and its drug-price increases have come under fire with regulators.

Even with a new CEO and management team at the helm, Valeant was forced to lower its 2016 expectations again as it faces slow sales of certain products, greater competition, and new problems including a recall of irritable bowel syndrome drug Librax as well as an FDA warning about one of its manufacturing facilities. But Valeant was not short of external excuses for the poor results. The company also blamed negative press, the devaluation of the Egyptian pound, and even back-to-school shopping, which the company had expected to boost sales of its dermatology products more than it did.

It’s a sign that as hard as Valeant tries to shake its troubled history, it is still dealing with the hangover of a collapsed business model. After years of buying up companies then raising the prices of their drugs—a strategy that rapidly amplified Valeant’s revenue and stock price—Valeant is now struggling to grow by other means, while dealing with the consequences of its previous actions. Indeed, Valeant indicated that it now expects its revenues and profits to decline further in 2017.

“We will dig our way out of part of the growth hole,” Paul Herendeen, Valeant’s new blunt-speaking CFO, said Tuesday on his first quarterly conference call since arriving at the company. “But we will not crawl all the way out of that hole, so it will be a down year.”

The real problem, though, is that Valeant can no longer rely on either of the two pillars of its former growth strategy. It can’t afford more M&A deals because it can’t take on any more debt to fund them. And it’s already in the hot seat over its drug price hikes, so it can’t raise prices much further without risking another scandal. CEO Joe Papa has pledged to increase the price of a drug by no more than 9%, and to keep Valeant’s overall price growth rate lower than the pharmaceutical industry’s average. (Valeant’s prices have risen 2% as a whole so far this year, lower than the 2.5% increase in the Consumer Price Index, Papa said.)

That leaves Valeant in quite a different situation than it was at its peak last year. As Valeant’s share price soared in 2015, it went on an acquisition spree, spending more than $11 billion for gastrointestinal drug company Salix and then $1 billion for “female Viagra” drug Addyi a few months later, racking up more than $30 billion in debt in the process. But Valeant’s stock soon came crashing down as the company was besieged by scandals, leaving it with less currency and too much leverage to pursue further M&A purchases.

To make matters worse, both Salix’s business and Addyi have fallen short of Valeant’s revenue expectations, and Valeant has come to realize that it overpaid for several of its acquisitions: Its third-quarter loss of $1.2 billion was largely due to a $1 billion goodwill write-down—meaning the amount Valeant spent for those assets above and beyond what they are currently worth. That’s a big reason why Valeant is in discussions to sell certain businesses including Salix, reportedly for less than what it paid to acquire it.

In his review of Valeant’s businesses upon joining the company, Herendeen said he found that the “units were running at an unsustainable pace.” (Herendeen is so new to Valeant that he couldn’t even pronounce the names of Valeant’s drugs, with their tongue-twisting monikers, on the earnings call, declaring after a few false starts, “I’m not even going to try.”) The CFO said that Valeant would now consider any acquisition offer for its assets that exceeded their current value “even by a little.”

That’s a big reversal. Both Valeant’s CEO Papa and hedge fund manager and board member Bill Ackman previously asserted that the company would not sell any of its core assets.

If Valeant decides to sell some of its faster-growing businesses, it will be able to pay down more of its debt. But investors may have to wait a while before Valeant can replenish that growth. The company said that it expected its revenues to decline in 2017 as several of its products lose their exclusivity and generic competitors enter the market. It used to make up for those sales drop-offs by raising the price of its remaining products.

The obvious answer is for Valeant to fill its pipeline with drugs it creates in-house. Valeant spent $101 million on research and development in the third quarter when it “could have put that on hold,” Papa said, and used that money to pay down debt instead, or save it for other problems, perhaps legal, that Valeant may face. The company’s R&D spending was flat compared with the same period last year, though Valeant says its investments have increased 38% in the first nine months of the year over that period in 2015.

Still, the drug company has a long way to go. Valeant has only two products that it currently expects to launch next year (a psoriasis treatment and an eye drop)—and that’s pending FDA approval.

That doesn’t leave a lot of cushion if Valeant were to suffer more shocks to its business, which its management team acknowledges is still a possibility before it can attempt a turnaround. “There could still be some surprises left to be discovered,” Herendeen said, adding, “I’m not trying to alarm anyone.”