Valeant had the hots for ‘female Viagra,’ Sprout CEO says 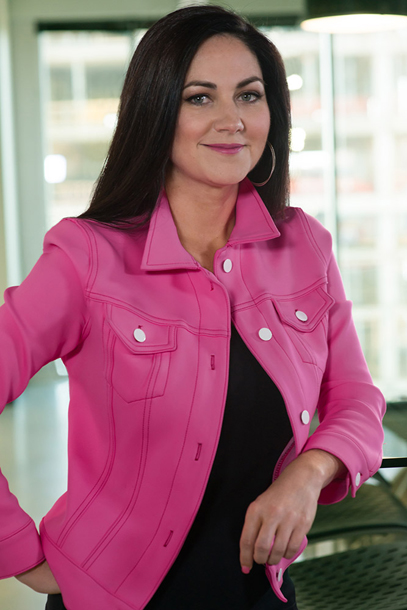 It has been a great week for Cindy Whitehead: At around 7 p.m. on Tuesday, the CEO of Sprout Pharmaceuticals received long-awaited FDA approval for the company’s female sexual dysfunction drug Addyi. Just 36 hours later, she sold her company for $1 billion. Even by current pharma M&A mania standards, that’s pretty fast.

Valeant Pharmaceuticals (VRX) announced early on Thursday morning that it had agreed to buy Sprout for $1 billion in cash, its first step in building a “new portfolio of important medications that uniquely impact women,” Valeant CEO J. Michael Pearson said in a statement.

Behind the scenes, Valeant’s Pearson, an aggressive acquirer of rival pharma firms, had approached Sprout about a deal three or four weeks ago—one of several suitors who were turned on by Addyi after an FDA advisory committee recommended it receive approval on June 4. (While Addyi, the first drug for female sexual dysfunction, has been nicknamed the “female Viagra,” Whitehead loathes the term: “Ugh,” she says of it.) Indeed, several companies came on to Sprout shortly after the vote, while Valeant entered the bidding a bit later, Whitehead says.

Many in the pharmaceutical world doubted whether Addyi would ever make it to market: Sprout itself had acquired the drug from Boehringer Ingelheim in 2011 after the FDA originally rejected it, and approval still looked fairly uncertain until the FDA committee’s recommendation in June. “People had been watching, and we had believed in it from the beginning, but not all the others did,” Whitehead says. “I think the moment of belief came when they voted in favor, and people saw it as a reality that was actually going to happen.”

Valeant successfully wooed Sprout, mostly because it promised to keep the company, and its entire 34-person staff, intact, and also offered resources to expand access to the drug, both in terms of copay subsidy programs and international distribution. “We had a number of interested parties, and it became clear to us pretty quickly that Valeant was the right partner,” Whitehead says. “We’ve been talking to them really just over the course of the last few weeks, so this came pretty quickly.”

“Mike [Pearson], to his credit, sees things and opportunities that make sense to him and really does move forward with them,” she added.

The companies had penciled out the structure of the deal before the FDA approved Addyi, but they hammered out most of the details on Wednesday, once the drug got the official green light. (Sprout would not say whether the $1 billion price tag was a sticking point in the negotiations.) The privately held company had raised $100 million from angel investors before its acquisition.

“The spirit of the understanding was there and they saw this as we saw it, in terms of getting it right for women,” Whitehead says of Valeant, adding that she hopes to develop more products for women’s health at the company.

Valeant wasn’t the only one who was excited by the new drug, which is indicated for women with hypoactive sexual desire disorder, a low-libido condition affecting one in 10 American women. After the drug was approved, Whitehead says pharmacists were already receiving prescriptions for Addyi from doctors who did not realize the drug was not yet on the market: Valeant plans to launch Addyi in the fourth quarter of this year.

“This was just such a huge moment for women,” Whitehead says.