The real reasons for the pharma merger boom 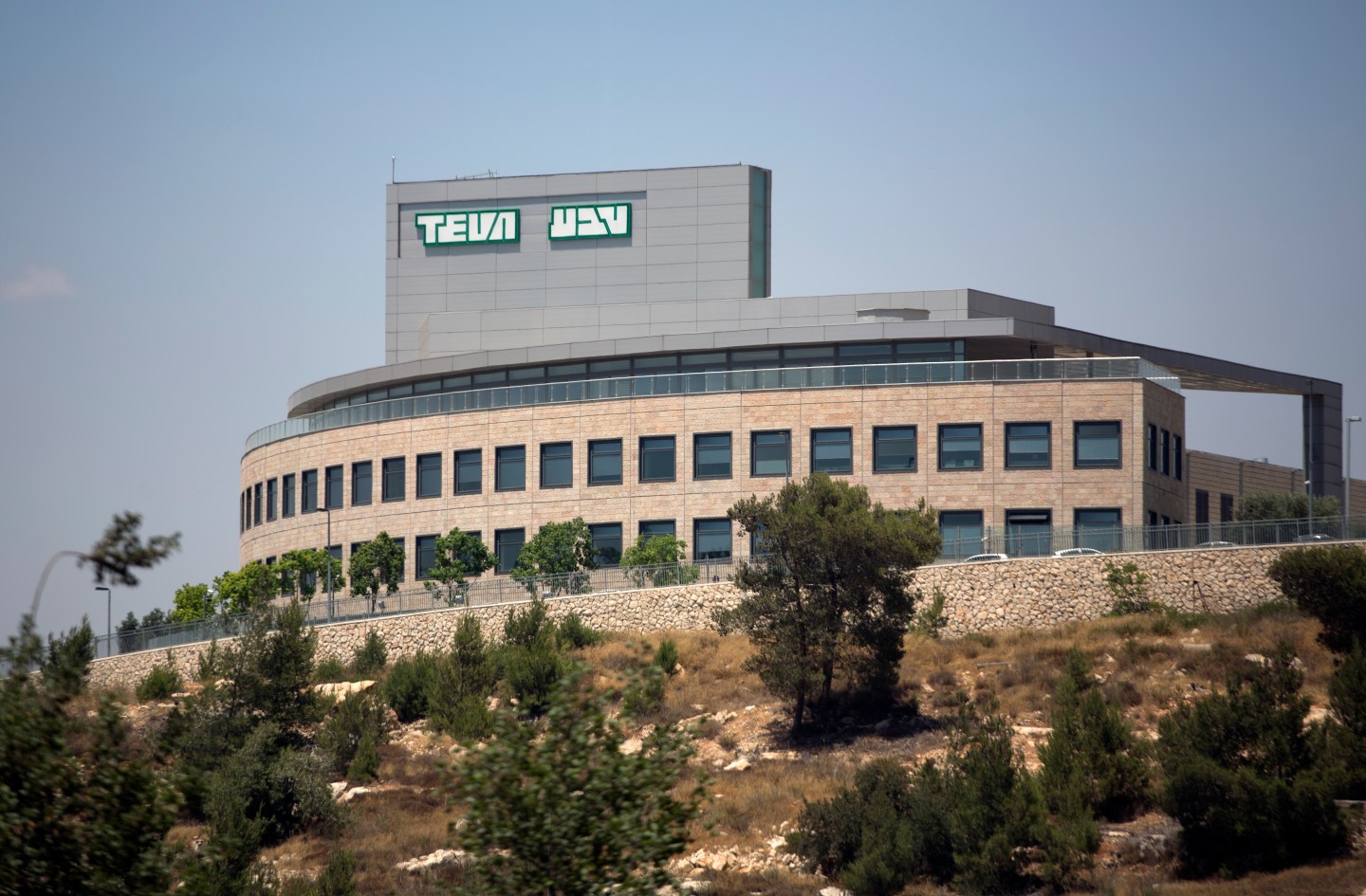 The latest M&A wave to hit the pharmaceutical industry swept in on Monday, delivering news of big deals in every variety. It was a bonanza of acquisitions, split-ups and hostile-takeover collapses, all at once: Teva Pharmaceutical Industries said it would buy Allergan’s generics business for $40.5 billion and drop its hostile bid for Mylan, while Allergan said it would buy biopharma firm Naurex for $560 million.

The dealmaking highlighted the frenetic explosion of M&A activity in the pharmaceutical sector—not only companies gobbling each other up, but corporations jettisoning slower-growth divisions in the form of spinoffs or divestitures. The result has been a nuclear-like transformation of the industry in which companies have combined, split and recombined at a breakneck pace, emerging with all new identities and properties. There were $221 billion worth of pharmaceutical deals completed in the first half of this year, triple the amount during the first half of 2014, according to a recent report from consulting firm KPMG.

Why such a rush to make deals? Experts attribute it to a combination of investor pressure and a narrowing window of opportunity.

Pharma companies believe acquisitions are the only way to keep their revenues growing as fast as investors expect—and with today’s complex breakthrough medicines, it’s often cheaper for a company to acquire the next blockbuster drug than to develop it in-house. Adding to the M&A hurry are the current low interest rates, which make capital cheap for companies like Allergan (AGN) and Mylan (MYL) that have funded their acquisitions with debt. Rates are likely to go up, perhaps as soon as this autumn, and companies and analysts report that recent dealmaking has also reduced the options for takeout candidates—putting pressure on companies. (Imagine how someone might feel if he waited too long to ask a date to prom, and his first choices had already paired up.) Indeed, in this fast-moving environment, some serial pharma acquirers say they can hammer out deals in less than a day, even hours—assuming their target is willing to be bought.

“There’s sort of this mad rush to do deals, and we see these record levels of M&A,” says Kurt Umbarger, a T. Rowe Price portfolio specialist on global equities.

This week’s events involve a company that’s a particularly potent symbol of the ongoing boom. Actavis went on a $100 billion acquisition spree over roughly a year, culminating in its $70.5 billion white-knight takeover of Allergan last fall. That deal cemented Actavis’s rebirth as a branded and specialty pharma company—or as CEO Brent Saunders said, a pioneer “in a new industry model: Growth Pharma.” To drive home that point, the combined company renamed itself Allergan in June—just six weeks ago—then bought Kythera Biopharmaceuticals (KYTH) for $2.1 billion. On Monday, it announced that it would sell its “legacy Actavis” generics unit to Teva (TEVA), to “accelerate Allergan’s evolution into a branded growth pharma leader,” Saunders said in a statement. Who could even recognize the company formerly known as Actavis in its current form?

Mylan, now officially free from the clutches of Israel-based Teva, which had been on a hostile attempt to acquire its smaller rival, is also a symbol of reinvention-by-acquisition. It transformed from a U.S. company to a global one through an acquisition of Merck’s (MRK) generic business in 2007, then officially became a Dutch company earlier this year after buying a division of Abbott Laboratories (ABT) and inverting to the Netherlands. The transformation afforded Mylan new protections under Dutch law, such as a takeover defense known as a stichting, which kicked in last week and likely played a role in pushing Teva away. (Next, Mylan wants to buy Ireland-based Perrigo (PRGO) to further transform itself from a generic prescription drug maker to a more diversified healthcare company, though Perrigo has so far rebuffed its overtures.)

For a company like Teva, cost cuts are a primary motivation for dealmaking. The world’s largest drug manufacturer is facing steep competition from a slew of smaller generic players, and the recent loss of patent protection on its major branded drug, Copaxone, is threatening Teva’s profit margins. By acquiring a rival generic maker, Teva can claim more market share in the industry and also slash any overlapping divisions (and their staff): After absorbing Allergan’s generics business, it expects to save $1.4 billion annually. (Teva had said it would have saved $2 billion annually had it bought Mylan.)

But growth is the main driver for M&A deals: Not just growth in drug distribution scale or earnings growth through cost-cutting, but in revenues—and especially share price. Revenue growth has slowed as many companies sink more resources into developing the next blockbuster drug; what’s more, the “patent cliff” for the last round of megabillion-dollar drugs—when generics firms typically see a sales spurt—happened a few years ago. Investors have recently rewarded both targets and acquirers upon pharma deal announcements (whereas in the past, shares of the acquirer would often sink due to the supposed transaction costs). Because of the likelihood that pursuing an acquisition will boost a company’s revenue growth and thus its share price, investors have increasingly been pressuring pharmaceutical firms such as Gilead Sciences (GILD) and Teva to strike deals. Shares of Teva, for instance, rose nearly 17% on Monday after the Allergan transaction was announced, while shares of Allergan rose 6%.

Consider also a company like Horizon Pharma (HZNP), a biopharmaceutical firm that has acquired three other pharma firms since September of 2014. Horizon says acquiring other medicines is as much as part of its strategy as R&D. The company expects its revenues and profits to roughly double this year, and it recently launched an unsolicited takeover bid for Depomed (DEPO). Horizon’s stock price is up more than 250% since September.

While T. Rowe Price doesn’t build a stock portfolio based on potential takeover candidates, Umbarger says, that possibility has lately become a bigger part of the investment discussion at the firm, in terms of “How could you value it in the eyes of other beholders?” he says. “You have to think more about it in this environment.”

One prominent investor who has been thinking a lot about pharmaceutical M&A is hedge fund manager Bill Ackman, the founder of Pershing Square Capital Management. He made headlines in 2014 by campaigning with Valeant Pharmaceuticals (VRX) to buy Allergan—a hostile attempt that ultimately drove Allergan into the arms of Actavis. Still, the takeover bid pushed up the value of Ackman’s large stake in Allergan, netting Pershing billions of dollars, and the hedge fund manager says the experience helped him realize the value in serial acquirers. He has since gone long on Valeant, saying such “platform companies”—those that grow through bolt-on acquisitions—enrich their shareholders with each new deal, as Valeant did when it acquired Salix Pharmaceuticals earlier this year (Valeant shares are up 49% since then). “Shareholders should not be allowed to make this much money,” Ackman said in a presentation at a conference in May, in which he compared Valeant to Warren Buffett’s Berkshire Hathaway (BRK-A) in its early days. “This is a huge opportunity for investors.”