Activist investors love spin-offs. Here’s why you should, too 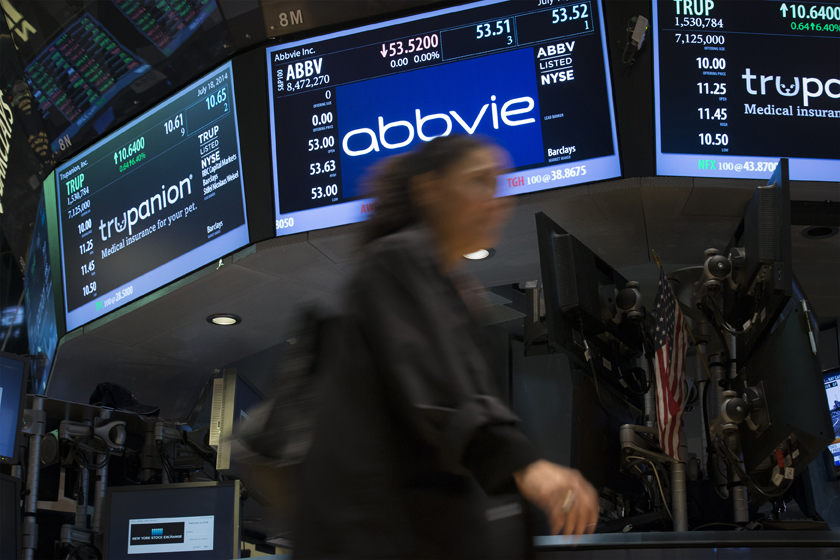 A screen displays the share price for pharmaceutical maker AbbVie on the floor of the New York Stock Exchange July 18, 2014. Shire said on July 18 that it had accepted an offer of 32 billion pounds ($54.7 billion) from AbbVie. The U.S. pharmaceutical company will pay 24.44 pounds in cash and 0.8960 of a new AbbVie share for each Shire share. REUTERS/Brendan McDermid (UNITED STATES - Tags: BUSINESS) - RTR3Z9A3
Photograph by Brendan McDermid—Reuters

In early 2013, when Abbott Laboratories (ABT) spun off its pharmaceutical division as a new company, AbbVie (ABBV), investors initially shunned it. Some saw AbbVie’s products as dead weight, begging to be jettisoned so that Abbott’s faster-growing diagnostics and nutrition businesses could soar.

Within a few months, though, AbbVie picked up steam. Its new arthritis drug, Humira, took off to become a global bestseller, and as that and other hits boosted sales, they had an outsize impact on the bottom line—and share price—of the tightly focused new company. AbbVie has returned 117% since its launch, nearly double Abbott’s 64%. And Brian Gillott, who helps manage the $4.1 billion Opportunistic Equity portfolio for Prudential’s (PRU) Jennison Associates and bought AbbVie this spring, says its arc shows the potential of a smart spin-off. “Companies are better able to manage their business when their life depends on it,” says Gillott. It’s preferable, he adds, to “being the unloved stepchild.”

Plenty of emancipated stepchildren will be seeking investors’ affection this year. Parent companies worth a combined $1.5 trillion will execute spin-offs in 2015, more than twice the value of those that broke up in 2014, according to the Edge Consulting Group and Deloitte. Cases like AbbVie’s show why some investors see spin-offs as buying opportunities. What’s more, they’re often bargain stocks. Splitsville scenarios, often pushed by activist investors, typically feature arguments that incompatible business units are holding a company back. Perceived as underachievers after such trash talk and unfamiliar to many analysts, spin-off stocks often sell at a discount for their first several months on the market. “That, frankly, is the hallmark of a lot of spins—low expectations,” says David Hoffman, a portfolio manager of the Columbia Mid Cap Value Fund.

But over the longer term, those expectations are often wrong, especially when the spin-offs are themselves big businesses. The Bloomberg U.S. Spin-Off Index includes spin-offs with a market value of at least $1 billion at birth, tracking them for the first three years of their lives. It has returned 118% over the past three years, compared with 61% for the S&P 500. Since its 2002 inception, its returns have been 4.4 times the broader market’s. Some of that outperformance is due to takeovers of newly bite-size spin-offs. But the benefits of splitting from a bureaucratic parent—including more accountable management and a separate bank account—can also fuel growth.

Recent big breakups have given investors a crowded field of large spin-offs to choose from. And 2015’s pending splits include tectonic fractures of behemoths including HP (HPQ) (spinning off its personal computer and printer segments) and eBay (EBAY) (shedding PayPal). But some investing pros say that lower-profile breakups offer more value because the stocks are typically cheaper at the time of the split.

Laton Spahr, who manages the Oppenheimer Value Fund, says his sweet spot for spin-offs is a market cap between $5 billion and $10 billion—not gigantic, but big enough to draw mainstream investor interest that bolsters the stock. He recently invested in student-loan giant Sallie Mae, entitling him to ground-floor shares when Sallie Mae spun off loan-servicing unit Navient (NAVI) in May 2014. Navient, now worth $7.6 billion, has returned 20% since then (and made its debut at No. 463 on the Fortune 500). Its shares retreated recently, as loan reforms reduced the amount it gets for collecting on overdue payments. Still, Spahr thinks Navient should benefit as a healthier economy spurs more kids to go to college and drives down default rates.

Tom Bastian, portfolio manager of the $14.3 billion Invesco Equity and Income Fund, buys spin-offs after they start trading independently but before analysts start covering them. During one such window he bought Voya Financial (VOYA), the 2013 spin-off of the former U.S. insurance and retirement arms of Dutch financial giant ING. Shares of Voya (another Fortune 500 newcomer, at No. 268) have more than doubled since, but still trade at less than 14 times expected 2015 earnings, below the market average. Already one of the larger 401(k) plan providers, overseeing $486 billion in assets, Voya is “ramping up” and improving its margins, says Bastian.

Parent companies also tend to beat the market after breakups, though not as dramatically as spin-offs do, and some investors buy companies that announce separation plans, aiming to own both parent and stepchild. Oppenheimer’s Spahr owns conglomerate Danaher (DHR), which announced in May that it will spin off its industrial divisions, leaving the original Danaher to focus on life-science and water-quality businesses. Spahr invokes the Hydra legend: “Split the worm in half, and it grows two new heads. Now we’ve got two great companies.”

Stephen Goddard, who oversees $10.1 billion as chief investment officer of the London Co., likes Energizer (ENR), which is about to spin off its namesake battery business. Energizer will retain its personal-care business (including Schick razors), which is growing fast, particularly in emerging markets. But investors who own it pre-split are “basically getting the battery business almost for free,” Goddard says, and when “the sum of the parts is worth more than the whole, that’s where the opportunity comes.”

Clarification, June 30, 2015: This article has been updated to more completely describe the role of Brian Gillott of Jennison Associates.

A version of this article appears in the July 1, 2015 issue of Fortune magazine with the headline “Picking Up the Pieces After a Breakup.”