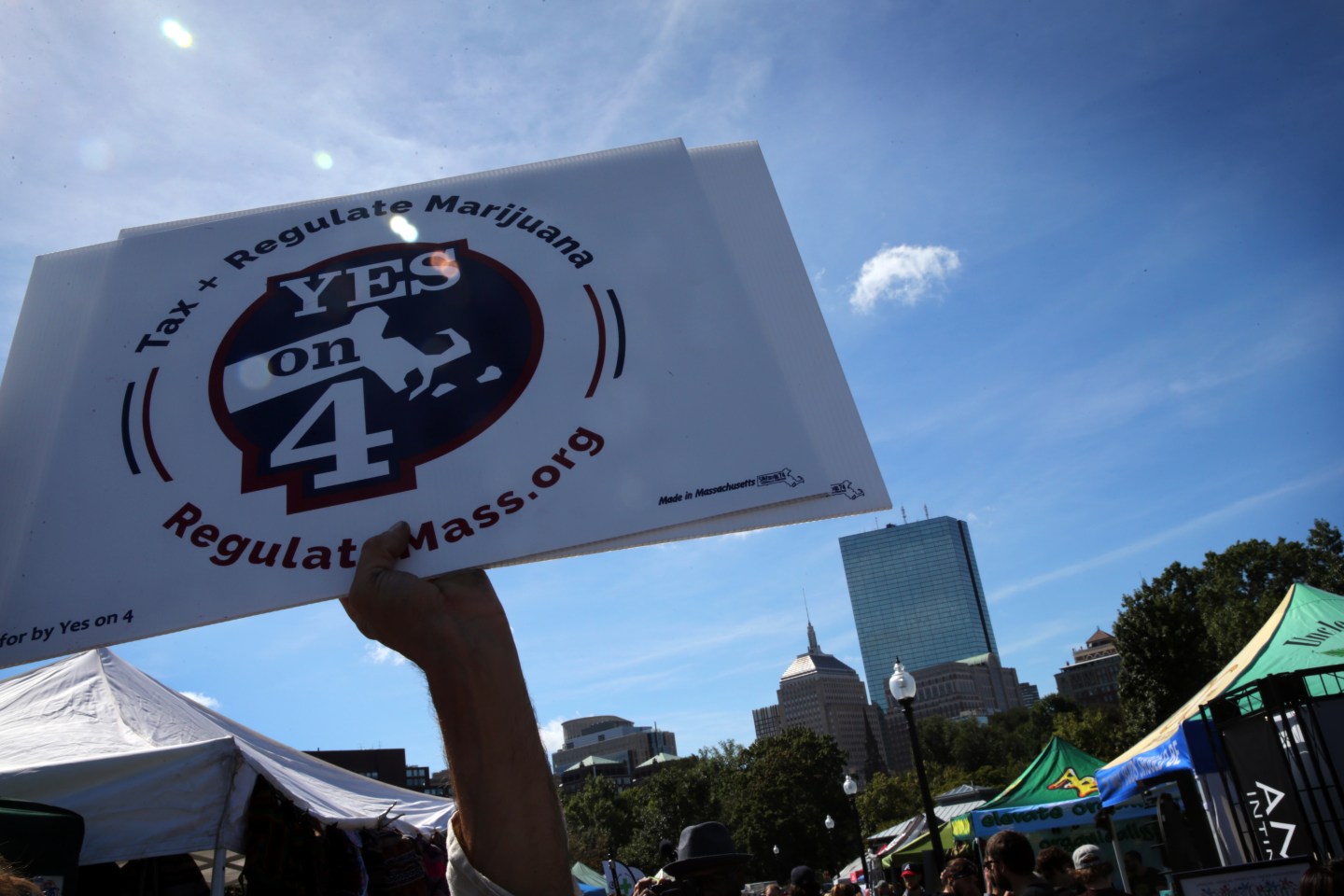 This story has been updated to add voting results from additional states.

The big question on most Americans’ minds Tuesday was whether Donald Trump or Hillary Clinton would be the nation’s next president, but voters in nine states also had a big decision to make regarding marijuana legalization.

Going into Tuesday’s election, a total of 25 states had already legalized medical marijuana, while recreational pot is already legal in four states—Alaska, Colorado, Oregon, and Washington—as well as the District of Columbia. After Tuesday’s voting, roughly 20% of the U.S. population will now live in a state where recreational marijuana is legal.

The next steps for the states that voted “yes” on their respective ballot measures will vary, as regulators in each state will likely spend several months deliberating on the specific framework for a legal marijuana market.

Cannabis industry research firm ArcView Group estimates California could generate $6.5 billion in annual revenue from legal cannabis by 2020, while the U.S. industry overall could reach nearly $22 billion in annual sales by that point.

Of course, marijuana remains very much illegal on the federal level, though the Obama Administration has typically allowed individual states to freely regulate the drug in accordance with voters’ wishes. It will be interesting to see how the federal government’s policies change, if at all, once Donald Trump enters the White House. Trump has expressed general support for states’ rights to legalize medical marijuana in the past, but has not exactly taken a definitive stance on the issue.