Here’s the Tech That Powered the World Series Stats Machine 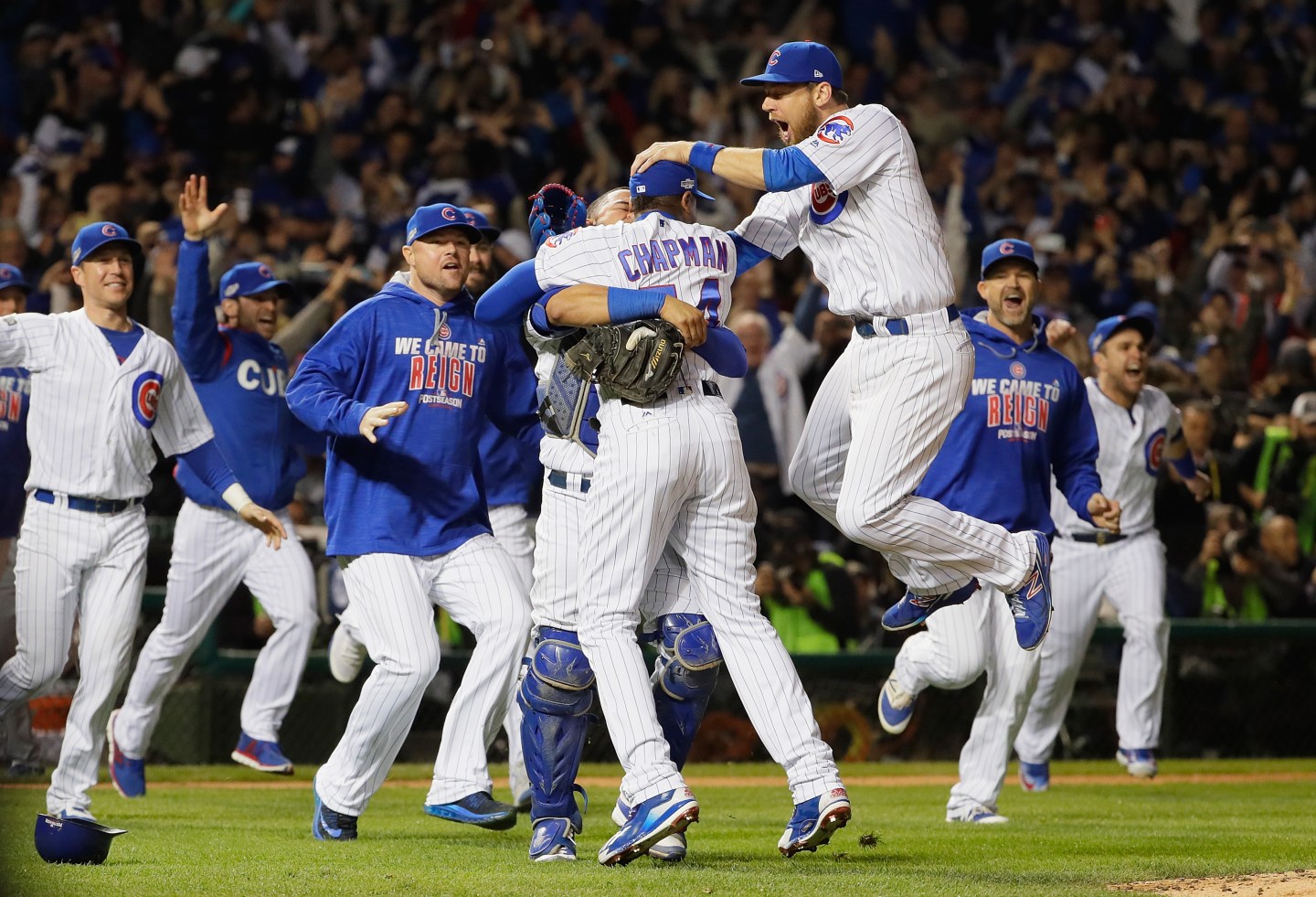 Last night’s conclusion to the 2016 World Series was studded with foibles and heroic acts—and lots and lots of stats.

Smooth-fielding Chicago Cubs second baseman Javier Baez committed not one but two errors in the field, and then failed to execute on a bunt. But then he crushed a home run to put his team up 4-1 over the Cleveland Indians. You want to know more about that home run? There are stats for that.

Ditto for David Ross’s solo home run which came after Ross, the Chicago Cubs catcher, couldn’t corral an errant Jon Lester pitch, allowing two Indians to score. All of that data—only a tiny portion of which showed up on the Fox (FOX) broadcast—came courtesy of Major League Advanced Media’s Statcast player tracking system.

The idea behind Statcast is to follow a game in progress and gather data on player positioning, speed of pitches and batted balls, among other metrics, and then surface the most interesting findings to viewers. It’s great for those watching, but also useful for managers and players who can use it to see, retroactively, whether an outfielder took the optimal (or worst possible) route to snag a hit, for example. It’s a veritable feast of facts.

Statcast, as Fortune reported last year relies on slew of technologies. Trackman radar, for example, measures pitch speed and exit velocity of batted balls. ChyronHego (CHYR) tracks player position and movement on the field. The radar, sitting above and behind home plate, is used mostly to measure the speed of balls flying toward or away from it. But optical tracking via high-end cameras is better for measuring throws across the field, such as from first to third base.

That’s a lot of data that needs to be crunched in close to real-time, and then returned to MLBAM staffers. That’s where Amazon Web Services (AMZN) comes in. The data is sent to Amazon for processing through the AWS Elastic Compute Cloud (EC2) as well as more advanced services, such as the DynamoDB database and Cloudfront content delivery service to get the results back fast. Last year, MLBAM chief technology officer Joe Inzerillo talked about the technology at an Amazon tech event.

Once the processed data is back, it’s up to the MLBAM brain trust to decide—very fast—what factoids will be most intriguing to the viewer. There’s a fine line, after all, between an insightful piece of information and data overload.

On Wednesday night, the Twitter (TWTR) feeds from Statcast and its execs also illustrated the game’s story line in bits and pieces. Based on that feed, here are some Statcast highlights from this game and others starting with Ross’s farewell dinger:

103.8 mph off the bat of @javy23baez is good enough to turn this pitch into a souvenir. https://t.co/feIOXuRDEV #Statcast pic.twitter.com/7aCYR5xTky

One prized in-game tidbit surfaced by Statcast earlier in the week was how hard a ball has to be hit to knock the pitcher’s glove off. The answer, in the case of Carlos Santana’s hit, is 112 mph.