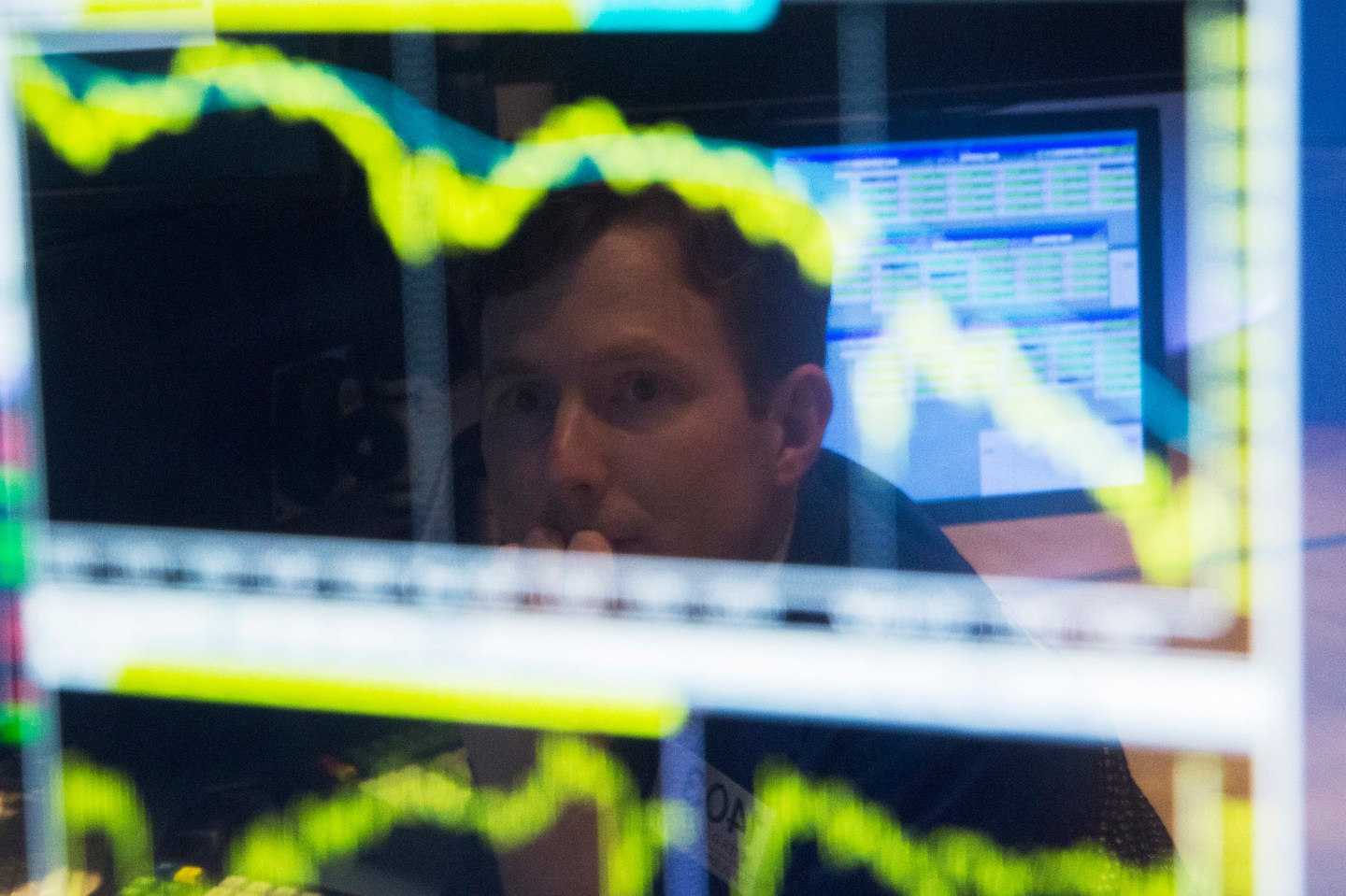 A trader watches the screen at his terminal on the floor of the New York Stock Exchange in New York October 15, 2014. Stocks suffered their biggest losses in years and the dollar slumped on Wednesday after the latest inflation data from the United States and China fanned worries about a global slowdown, driving investors into safe-haven government debt. REUTERS/Lucas Jackson (UNITED STATES - Tags: BUSINESS) - RTR4ABX2
Photograph by Lucas Jackson — Reuters

When plumber Gary Pusey pleaded guilty in May to insider trading, it was a victory not just for New York prosecutors but for a little-known squad inside the U.S. Securities and Exchange Commission that uses data analysis to spot unusual trading patterns.

Formed in 2010, the Analysis and Detection Center of the SEC’s Market Abuse Unit culls through billions of rows of trading data going back 15 years to identify individuals who have made repeated, well-timed trades ahead of corporate news.

The new strategy is starting to show results, enabling the SEC to launch nine insider trading cases, around 7% of cases the agency brought since 2014 against people who trade on confidential corporate information.

It signals a shift in how the agency initiates insider trading probes, which more often are launched based on referrals from Wall Street’s self-regulator Financial Industry Regulatory Authority, or an informant’s tip.

“It’s essentially the new frontier,” said Andrew Ceresney, the SEC’s enforcement director. “We have tremendous amounts of data available to use, and we’ve been developing tools to take advantage of that.”

That data was key to spotting trades by Pusey ahead of at least 10 deals from 2014 to 2015 involving Barclays (BCS), where his friend Steven McClatchey worked.

The SEC has also used data mining in a high-profile probe of traders who it says made more than $100 million using information obtained by Ukrainian hackers.

Others charged include former employees of law firm Wilson Sonsini Goodrich & Rosati and investment bank Goldman Sachs Group (GS). In August, former Perella Weinberg Partners banker Sean Stewart was convicted in a case credited to the SEC unit. He denies wrongdoing and is expected to appeal.

The cases have come at a time when other U.S. and European regulators have increasingly looked to find ways to take advantage Big Data in order to strengthen their enforcement operations and market surveillance.

For the SEC, the six-year data-push has had the benefit of giving it some extra autonomy in pursuing insider trading probes beyond the inquiries and referrals that self-regulatory organizations like FINRA produce for the agency.

“Why wait to do a referral when you could do it proactively?” said Daniel Hawke, a former chief of the SEC’s Market Abuse Unit now at the law firm Arnold & Porter.

The SEC does not have a direct feed of the markets’ trading data. Instead, it mines 10 billion rows of “blue sheet” data of trades executed by brokerages that the agency gathered in various investigations.

Analysts use a home-grown program called Artemis to analyze patterns and relationships among multiple traders.

Joseph Sansone, a co-chief of the Market Abuse Unit, said the SEC in particular mines data to identify individuals who repeatedly buy stock ahead of mergers, enabling the agency to focus on repeat offenders.

“The ability to see pattern of multiple trades over a matter of months or years gives us confidence to invest resources into investigations,” he said.

The SEC also uses software from privately-held Palantir Technologies, which identifies links between individuals and entities by connecting pieces of information from multiple data sources. In 2015, the agency awarded a $90 million, five-year contract to Palantir.

In Pusey’s case, the SEC said that the data unit “detected an illicit pattern of trading” by the plumber, who successfully traded ahead of mergers involving companies that included Entropic Communications (ENTR) and CVS Health (CVS).

In all of the deals, the target or acquirer were represented by Barclays. The SEC referred the case to federal prosecutors in Manhattan and the Federal Bureau of Investigation.

In December 2015, Pusey, 47, began actively cooperating with them, providing “detailed information” about his source, according to court papers.

In May, the FBI arrested that source, McClatchey, a close friend of Pusey’s who worked as a director at Barclays.

McClatchey, 58, pleaded guilty in July to tipping Pusey in exchange for money. He agreed to not appeal any sentence of five years in prison or less and to forfeit $76,000.

Both men are set to be sentenced later this year. Lawyers for the defendants did not respond to requests for comment.

To be sure, even with data mining, traditional investigative techniques like enlisting cooperators and issuing subpoenas for documents remain key to building out a case. The SEC has in the past acknowledged that it faces a challenge to keep up with technological advances in the securities markets it regulates, where spending by a number financial firms can surpass the agency’s own expenditures.

And despite its early success, the SEC’s ability to launch cases by data mining is also limited because it collects trading information on an ad-hoc basis.

That is expected to change.

In April, the SEC released a plan to establish a database that stores every trade order, execution and cancellation. Known as a “consolidated audit trail,” it is a central repository that is expected to begin getting data from stock exchanges and FINRA by late 2017.

“Doing surveillance for insider trading today—it’s like we’re in the early days of the automobile,” he said. “What the consolidated audit trail will provide is the future. It’s the flying car.”