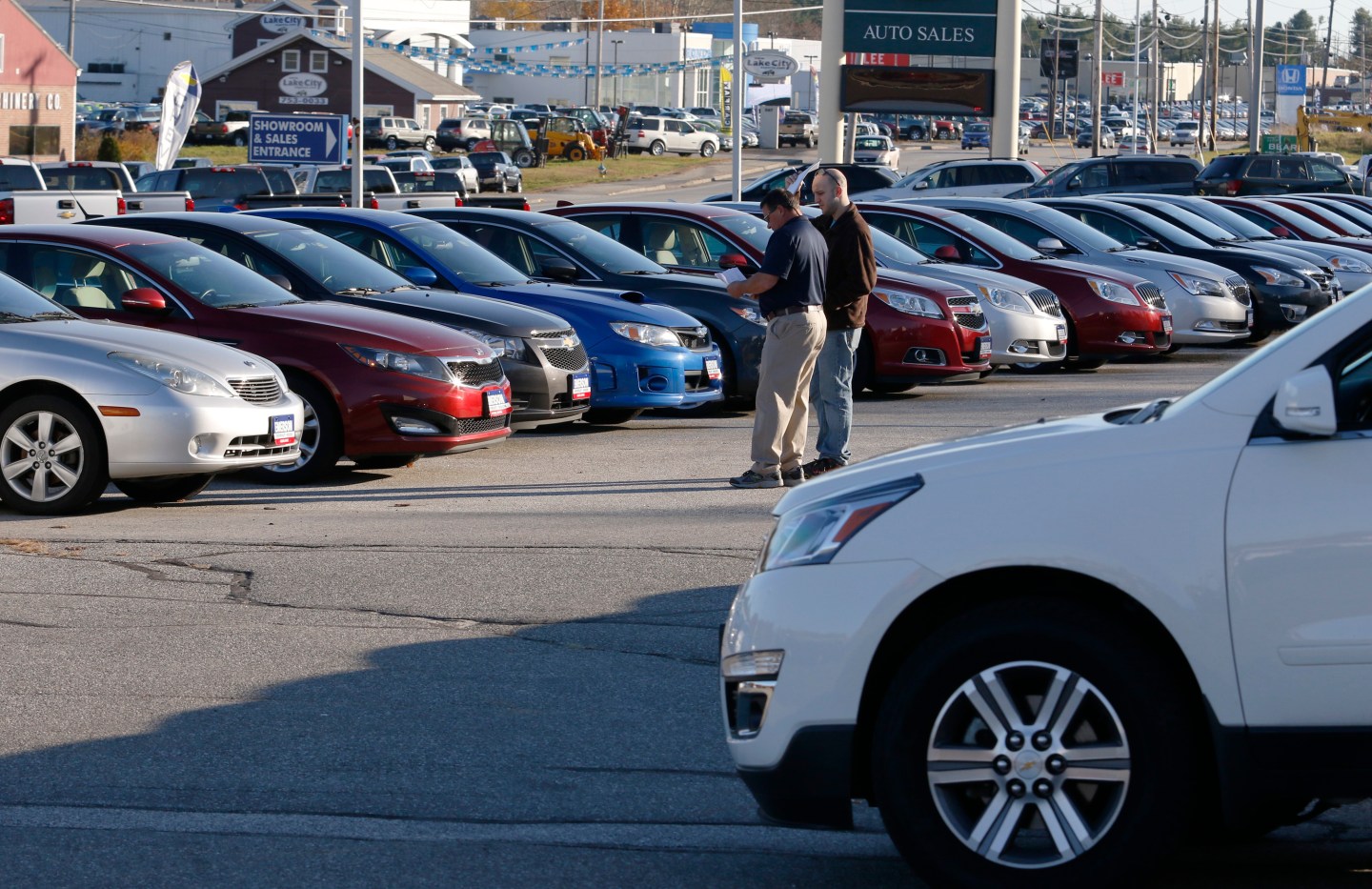 General Motors Co’s sales in October fell 1.7 percent from a year ago as its midsize sedans posted huge declines, partly offset by hefty gains for its smaller pickup trucks and large SUVs, the automaker said on Tuesday.

GM, the top seller of automobiles in the U.S. market, was the first major manufacturer to show October sales on Tuesday.

U.S. auto sales in October were expected to decline between 6 percent and 8 percent, according to industry analysts who say the fall-off from last year’s record high is not being limited by higher consumer discounts.

The rate of decline in October from a year ago will not be known until later this week because Ford Motor Co is delaying its sales report due to a fire at its Dearborn, Michigan headquarters on Monday.

Ford, the second biggest automaker in the U.S. market with a 15 percent share of sales through September, has not said when it will issue its sales report. The 60-year-old headquarters, which houses 1,500 employees, was reopened for business on Tuesday after workers were sent home on Monday.

Analysts expect Ford to show a decline of between 9 percent and 11 percent from a year ago, which some analysts said was due to better discipline on the use of discounts. Others pointed out that the company is stemming production at North American F-150 pickup truck plants and sedan plants because of weak demand.

Comparisons to last October are pressured because of two fewer selling days. But even with that factored in, sales would likely have been weaker if not for the big consumer discounts, known as incentives, analysts said.

Sales at Toyota, No. 3 in the U.S. market, is expected to decline of between 2 percent and 7 percent, according to analysts polled by Reuters.

Fiat Chrysler Automobiles is seen falling from last October between 7.5 percent and 11 percent.