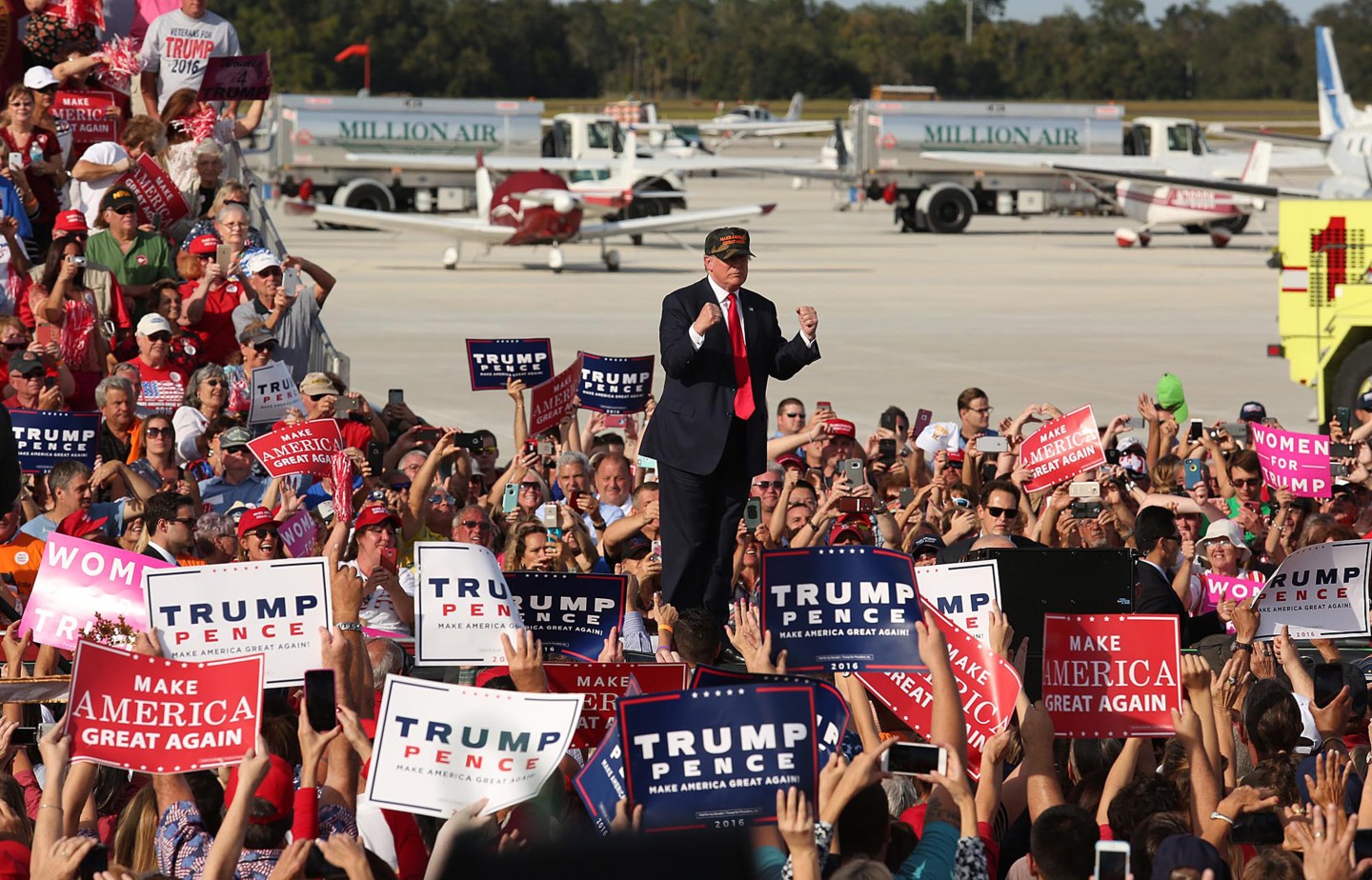 Add this to the file on how Donald Trump doomed his own presidential bid: The billionaire candidate who promised to self-fund his campaign is now stiffing it instead in the crucial closing weeks of the race.

The Republican nominee has forked over a measly $33,000 so far in October, leaving him roughly $44 million shy of his pledge to donate $100 million to his effort by Election Day. That, despite Trump’s campaign promising in fundraising appeals to match to provide a double or triple match to donations from others. Maybe most strikingly, Trump’s personal giving this month amounted to a fraction of the $87,000 that Hillary Clinton contributed to her campaign from her own pocket.

The Trump campaign said Friday the candidate is writing his operation a check for $10 million today. But facing a worse than two-to-one cash disadvantage against Clinton in the final days of a contest she is on track to win, the message to would-be Trump donors from the latest set of federal disclosures is painfully clear: Trump himself recognizes the losing bet, and he’s voting with his wallet. They’d be foolhardy to ignore him.

And they aren’t. As the New York Times reports this morning, the GOP’s big-fish benefactors have been directing their millions down ballot in an effort to salvage Congressional Republicans at risk of wiping out in a rout by Clinton. In fairness, those donors can read as well as anyone the polling that shows Trump’s gossamer-thin path to victory narrowing. And if Trump’s vanity—which might compel him to spend more in hopes of avoiding a humiliation, even if victory is out of reach—can’t overwhelm his instinct to economize with his own wealth, asking others to give in his place verges on an insult.