UPDATED: Donald Trump’s Contribution to His Campaign Plummets to $33,000 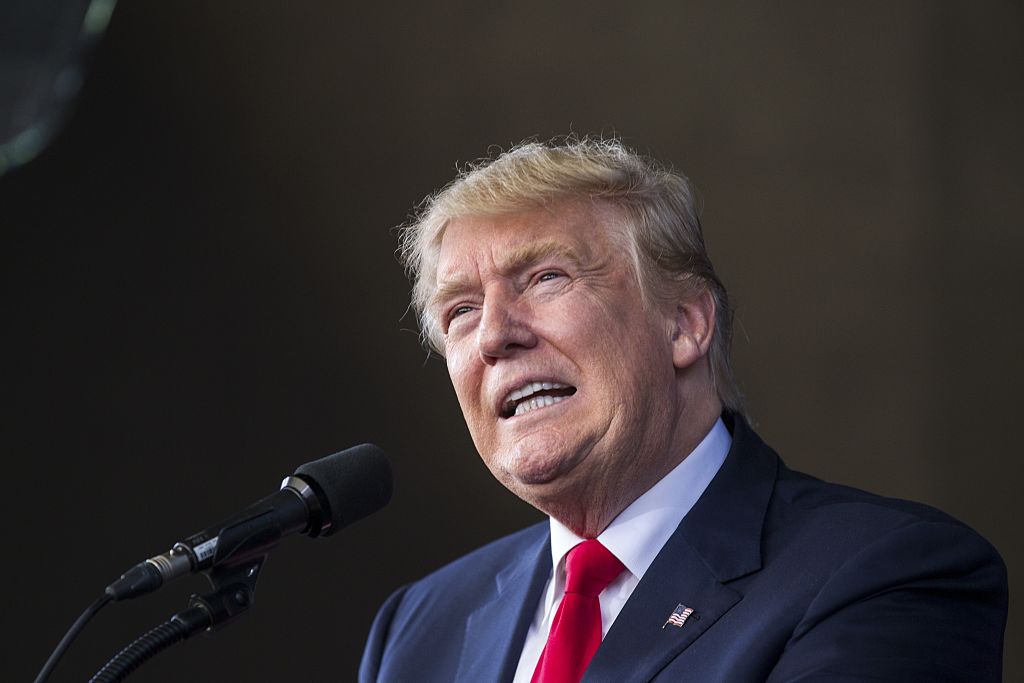 If Donald Trump makes good on his word to give $100 million to his campaign by November, he’s going to have to start shelling out a lot more money.

Instead, according to recent filings, his donations seem to have slowed to a trickle. The latest contribution reports, up to date as of Wednesday, show he had given only about $33,000 this month—far short of the $2 million he typically gives. And the news comes despite Trump’s pledge to match dollar-for-dollar contributions.

As recently as Wednesday, Trump reiterated his frequent promise to donate $100 million on CNN—a number well above the $56 million he has put in so far. “I will have over $100 million in the campaign, and I’m prepared to go much more than that,” he told the network. “In the old days, you’d get credit: If you would spend less money and have victory, that would be a good thing. Today, they want you to spend money.”

Hillary Clinton’s continued fundraising edge in the latest filings, which cover the first 19 days of the month, helps ensure the Democratic nominee can maintain her sprawling political operation in the frantic final days of the race. She maintains a staff of more than 800 — several times larger than Trump’s — and has spent more on advertising than the Republican has every single week of the race.

The Trump campaign on Friday downplayed federal filings showing Hillary Clinton with an $85 million cash advantage in the final stretch of the campaign. New fundraising records show her campaign and joint accounts with Democrats had $153 million in the bank as of last week. That’s more than double the $68 million the Republican’s campaign and partnership committees had on hand.

On ABC’s “Good Morning America,” Republican vice presidential candidate Mike Pence said the campaign’s message matters more than “dollars and cents” and it’s up to Trump to decide if he wants to plunge more of his personal fortune into the campaign.

Still, Pence said on MSNBC’s “Morning Joe” that he senses “real momentum” in the Republican campaign.

“This week, I saw all the headlines: ‘The race is over. It’s over and done.’ That’s just not what I see out there,” Pence said.

The Indiana governor was making the rounds on the morning shows Friday after his plane slid off the runway during a rainstorm at New York’s LaGuardia Airport late Thursday, tearing up concrete before coming to rest on a patch of grass. No one was injured and Pence plans to campaign in Pennsylvania and North Carolina on Friday.

Trump is holding events in New Hampshire, Iowa and Maine, one of two states that split their electoral voters by congressional district. Facing an increasingly narrow path to the 270 electoral votes needed to win the White House, his campaign is shooting for one of the traditionally Democratic state’s four electoral votes in the more rural, conservative 2nd district.

Clinton, meanwhile, plans to campaign in Iowa, where new polling shows her in a dead heat with Trump, erasing a lead he’s maintained for much of the race. Her campaign will also get a boost from President Barack Obama, whose national approval rating recently reached a new high. He’ll be holding an evening rally in Orlando, a key battleground area of the crucial swing state of Florida.

At the raucous rally, Mrs. Obama passionately touted Clinton’s experience and denounced Trump as too divisive and thin-skinned for the White House.

“We want someone who is a unifying force in this country, someone who sees our differences not as a threat but as a blessing,” Mrs. Obama said as she addressed an enthusiastic, 11,000-person crowd in Winston-Salem, one of Clinton’s biggest gatherings of her campaign.

This story was updated by Fortune.