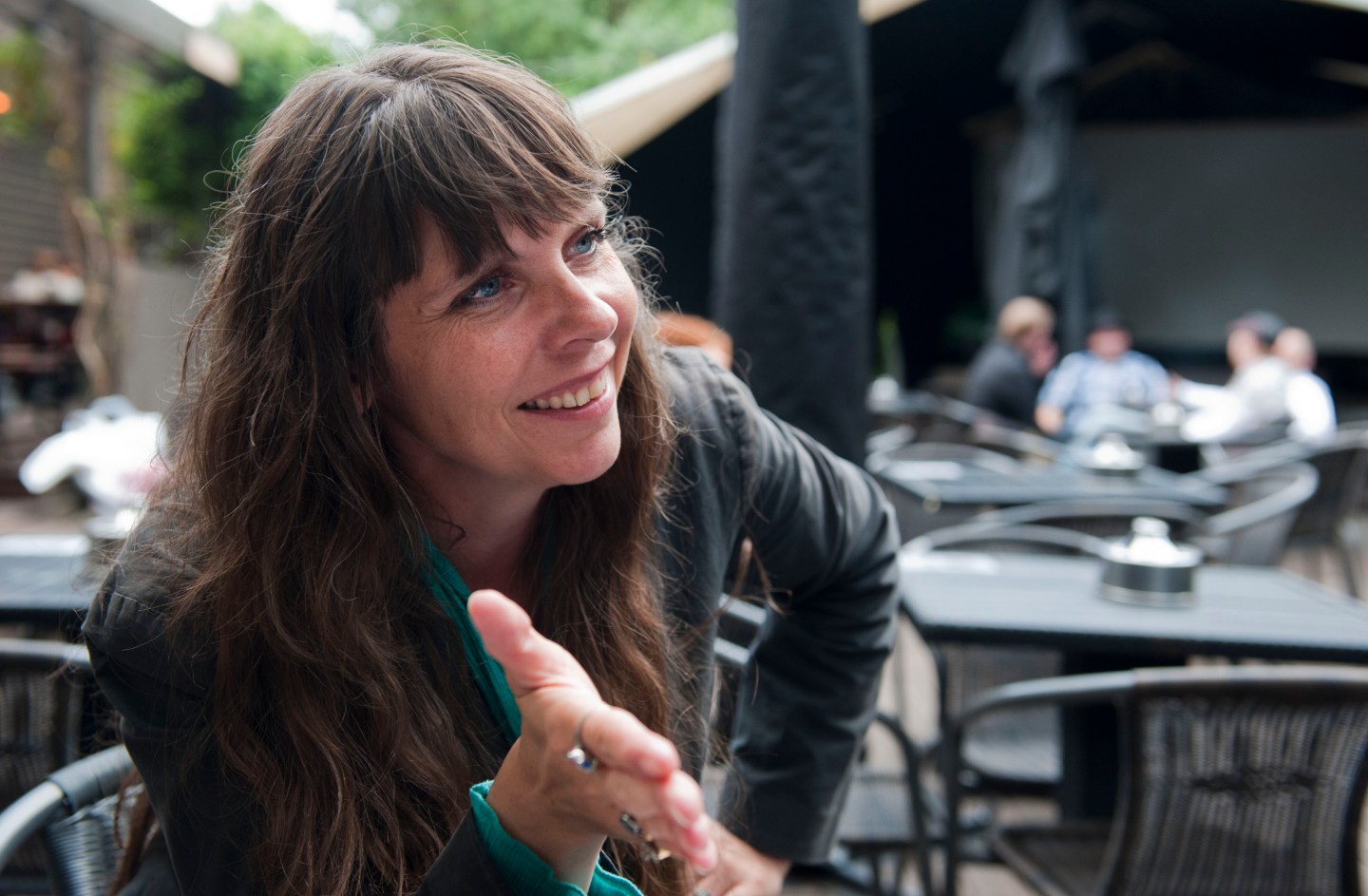 Birgitta Jónsdóttir likes to describe herself as a “poetician”—part poet, part politician. But that moniker doesn’t touch on what she’s best known for: founding Iceland’s radical Pirate Party, the collection of anarchists, libertarians, and techies that could gain control of the Nordic island’s parliament in an election Saturday.

The Pirates are expected to gain as many as 20 seats in the weekend vote, which would give them a leading position to form a government. If that happens, the group’s extraordinary rise to power will have taken just a heartbeat in politics—less than four years.

Did Jónsdóttir expect this level of success in this short of time? “No way,” she told The Washington Post.

Jónsdóttir was a bonafide poet—she published her first book at age 22—when she became a grassroots campaigner after Iceland’s financial collapse in 2008. She’d advocated for civil rights before then, but the crisis that hammered Iceland—increasing its unemployment rate, collapsing the stock market, slumping its currency—is what put her on course to become a self-described “accidental politician.” Around the same time, Jónsdóttir developed ties to WikiLeaks by helping Julian Assange obtain and publish a classified U.S. military video showing a 2007 helicopter attack that killed a dozen people in Baghdad.

Freedom of information and copyright reform were the founding principals of the original Pirate Party when it formed in Sweden in 2006. Jónsdóttir was first elected to Iceland’s 63-seat Parliament in 2009 as a member of the Citizens’ Movement Party, but when she ran for—and won—her seat again in 2012, she did so under the Pirates’ black flag. In explaining the switch, she said, “I’m often crossing paths with nerds as I’m such a nerd myself.”

The election of Jónsdóttir and two other Pirate candidates that year was—for the party’s purposes—well timed. It came after the country’s financial meltdown, which put bankers in jail and prompted a $4.6 billion bailout, and on the cusp of political events that would add to the populist spirit that fueled the party’s meteoric rise.

Last year, the governing coalition broke its campaign promise to hold a referendum on Iceland joining the European Union, prompting thousands of Icelanders to protest and sign petitions demanding a parliamentary vote. And then in April, Prime Minister Sigmundur David Gunnlaugsson resigned after bombshell revelations in the Panama Papers showed his family sheltered money offshore.

Geopolitical events have also caused an anti-establishment wave to sweep over the globe, propelling the rise of Italy’s Five Star Movement, the victory of Prime Minister Alexis Tsipras in Greece, the candidacy of Bernie Sanders and Donald Trump in the United States, and the sentiment that produced Britain’s Brexit vote. If the Pirate Party does indeed come to power, it won’t have major implications beyond the tiny, rocky island of 330,000, but it will be right on trend.

That said, Iceland’s remoteness, its fishing- and tourism-based economy, and its independence from the EU have spared the country from immigration and globalization pressures and allowed the Pirate liberal agenda to stay liberal, largely free from the nativist tones that are increasingly dominating protest movements in Europe and the U.S. The Pirates advocate for ending corruption, the rule of direct democracy, absolute government transparency, and the decriminalization of drugs. They’ve also offered asylum to former NSA contractor Edward Snowden. Yet the official party stance on some of Iceland’s biggest political questions is unclear, in part, because its members believe in deferring to the wishes of voters.

Incorporating that approach into the formation of a government is a challenge that might fall to Jónsdóttir. If Saturday’s vote goes as expected, she could have a shot at becoming prime minister. But the daughter of a folk singer and a man who abandoned the family said she doesn’t want the position. “I would like to take this idea of power and bring it to the parliament.” In other words, if she’s going to get another title, she’d rather it be speaker of the house.