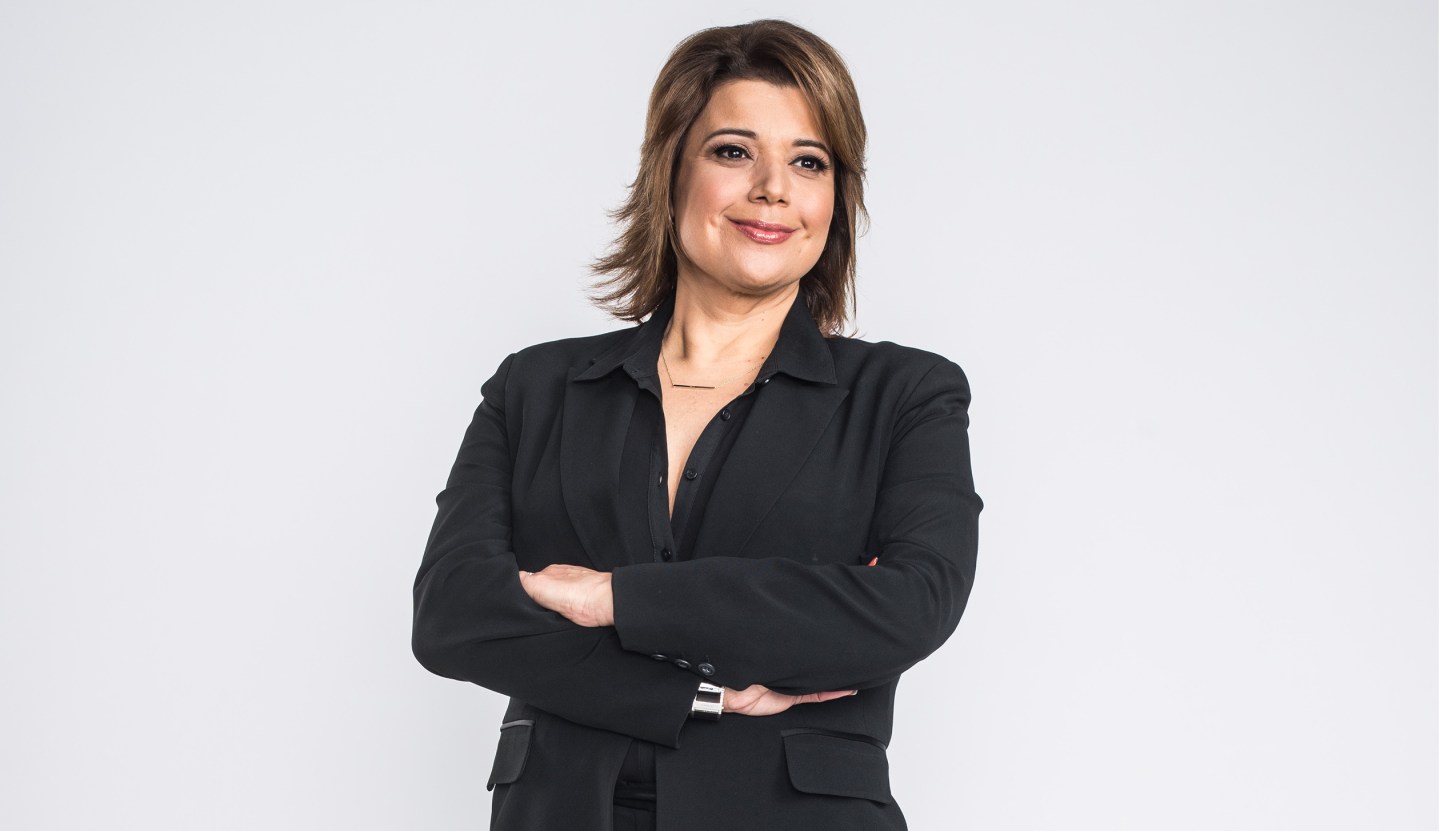 Before the 2016 presidential campaign, Ana Navarro was just one of many Republican political consultants opining on television. Now, thanks to her impassioned takedowns of Donald Trump on CNN, Navarro has become an overnight political celebrity, with 200,000 followers on Twitter and several viral videos to her credit.

A GOP political strategist who advised John McCain and Jon Huntsman in their respective presidential bids, Navarro began working as a political commentator, first on ABC News and then CNN, two years ago. In 2016, Navarro’s impassioned critiques of Donald Trump and his surrogates led to multiple viral moments, with the most recent coming in the wake of the leaked 2005 Access Hollywood tape on which Trump was seen and heard making lewd comments and boasting about possible sexual assault. Speaking on a CNN panel the day the tape leaked, Navarro ripped into Trump’s misogyny while repeating his crude language, specifically the word “p—y,” on live television.

“Every single Republican is going to have to answer the question: ‘What did you do the day you saw the tape of this man boasting about grabbing a woman’s p—y?'” she said.

Video clips of the exchange racked up hundreds of thousands of views on YouTube. Earlier this month, Trevor Noah invited Navarro on The Daily Show as his guest and The New Yorker published a profile of Navarro highlighting her centrist conservatism that now has become out of place in the Republican party.

In the current election, Navarro supported the campaign of Jeb Bush—for whom she once worked while he was Governor of Florida—before he dropped out of the Republican primary in February. But, she says she’s been against Trump since the day he launched his campaign in the summer of 2015 with a speech in which he made disparaging remarks about Mexican immigrants.

Fortune spoke with Navarro last week about her opposition to Trump, her own rising star, and her dream candidate for 2020. The following conversation has been edited and condensed for clarity.

Why do you think your comments on CNN have gotten such a reaction?

I think there’s such disgust and frustration because of Trump that people see me as the vessel for that frustration. They see me as the person who can give voice to what they’re feeling. So many women stop me to talk about their experiences with sexual assault. So many people tell me that, when they hear Trump say some of those things, they want to throw shoes at the TV. So, I think there’s a lot of Americans who are simply appalled and outraged by Donald Trump and get a level of catharsis from seeing me call a spade a spade.

I also think that people get so used to seeing robotic surrogates on TV—the fact that I’m unfiltered is something that strikes people.

How has the election changed your career trajectory? Would you focus more on TV than political advising going forward? Maybe your own show?

To tell you the truth, I don’t know. There’s more coming my way. This final stretch of the election is a hamster wheel for me. When it’s over, I’ve got to sit down and think about [my] career, future, personal life—all of those things.

But, look, this is me being me. I wasn’t any different 18 days ago than I was 18 months ago. I have been saying the same things about this man now [Trump] for 18 months. As the election gets closer, people pay more attention and there’s more of a sense of urgency. And, I also think there was something about those videos and audio that just cut through the noise, because it cut across all demographics, all genders, all age groups, all ethnicities.

But, my outrage with Donald Trump started when he called Mexicans rapists. I wasn’t born in Mexico—I was born in Nicaragua—but I know that, when somebody like Donald Trump says “Mexicans,” he means all of us. He means anybody who comes from south of the border.

One of your viral moments when you challenged Trump surrogate Jeff Lord during the Republican National Convention on CNN. You accused him of being a “fearmonger.” Are those exchanges really off the cuff?

It’s all off-the-cuff. It’s live TV. You don’t have any idea where the conversation is going to go. You just don’t. The one thing I’ve always tried to do in my life, in my work, on TV, is I just keep it real. I find it hard and time-consuming to try to be fake.

What about the heated exchange over Trump’s comments in the Access Hollywood tape?

You introduced yourself on The Daily Show as “the women who said ‘p—y’ on TV.” Do you ever worry you’ll be remembered only for saying “p—y” on CNN?

No. I don’t worry about that. If you’re going to worry about what you said on TV, then don’t get on TV.

How have members of your party responded to your attacks on Donald Trump?

This has been a very difficult campaign, relationship-wise. Fortunately, I sleep with a man who feels exactly the same way I do about Trump. But, I have some Republican friends with whom I can’t speak until Nov. 9. We’ve chosen to put all of this in the freezer until Nov. 9. I think a lot of my friends have given up on fighting with me about the election, because they know it’s to no avail.

What can Republicans like you, who staunchly oppose Trump, do to move your party back toward the center and away from the fringe groups bolstering Trump?

I don’t think it’s going to be up to us. I think everybody’s going to have to concede some territory and be in a consolatory spirit as Republicans, if we are going to move forward. I think it’s wrong to pose it in that way: what are Republicans like me going to do to rescue the party from the fringe? We’ve got to learn how to live together.

Fair enough. Do you have a Republican candidate in mind for 2020?

My dream candidate would be Paul Ryan, but it’s way too early for that. Right now, I’m focused on my president not being Donald Trump.