J.C. Penney Is Testing a New Sephora Format For Its Smaller Stores 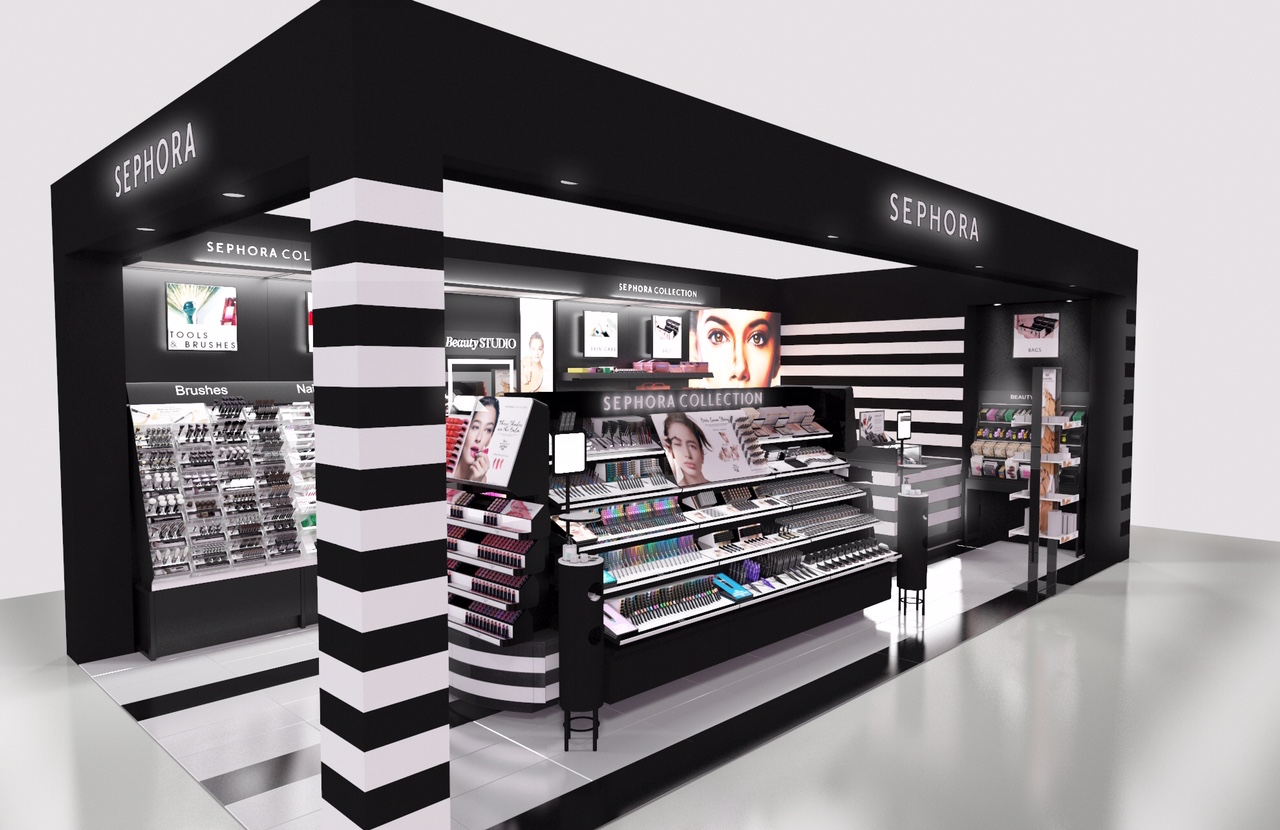 J.C. Penney (JCP) is trying out a new, more compact format for the Sephora beauty boutiques within its mammoth department stores in the hopes of bringing the highly successful concept to its smaller stores too.

The partnership, begun in 2006, has been a boon for Penney: Annual sales per square foot at a Sephora inside JCPenney shop are about $500 to $600, or more than three times the Penney average.

But after years of expansion, the Sephora locations—about 2,000 square feet in size—have hit a wall, with locations at 600 Penney stores, roughly the number of full-size department stores the retailer runs.

Now, the companies are trying out a 350-square-foot version of a Sephora boutique at a J.C. Penney store in Sault Ste. Marie, Michigan that will focus solely on Sephora’s private collection brand. While the companies weren’t specific about expansion plans beyond that, they hinted the smaller format could bring Sephora to Penney’s 400 or so smaller-format stores.

“We see this store concept as an opportunity to flex an innovative brand experience for smaller or unserved markets in the future”, said Keri Morris, vice president and general manager of Sephora inside JCPenney. Sephora is a unit of French luxury conglomerate LVMH and operates its own stand-alone stores in the U.S. in addition to the Penney shops.

Penney, whose sales growth has easily eclipsed those of rivals like Macy’s (M), Kohl’s (KISS) and Target (TGT) in recent quarters, is eager to defend the edge Sephora has given it in the beauty market.

Some 400 of 1,020 Penney stores are “small format” stores, typically 40,000 square feet (compared to mall-based stores that are on average 120,000 square feet) older locations in markets like Caribou, Maine or Williston, N.D., areas that Penney practically has to itself.

J.C. Penney CEO Marvin Ellison told Fortune in February he was committed to those stores and saw untapped potential in them.

The smaller Sephora inside JCPenney will be similar to the larger ones in that it will allow customers to try out products from color cosmetics to skincare to accessories, and get tips from trained Sephora staff.

The Sephora inside JCPenney locations—which thrived even at the height of the retailer’s near-death experience in 2012-13 when an attempt to be hipper failed—are key to giving shoppers a reason to come into the store.

At the same time, Ulta Beauty’s (ULTA) stratospheric growth, detailed in a Fortune profile last month, is putting challenging Penney and Sephora. Ulta said last week it planned to nearly double its store count from 900 to 1,700 in the coming years.

No wonder Penney and Sephora want to expand their own fleet of boutiques.