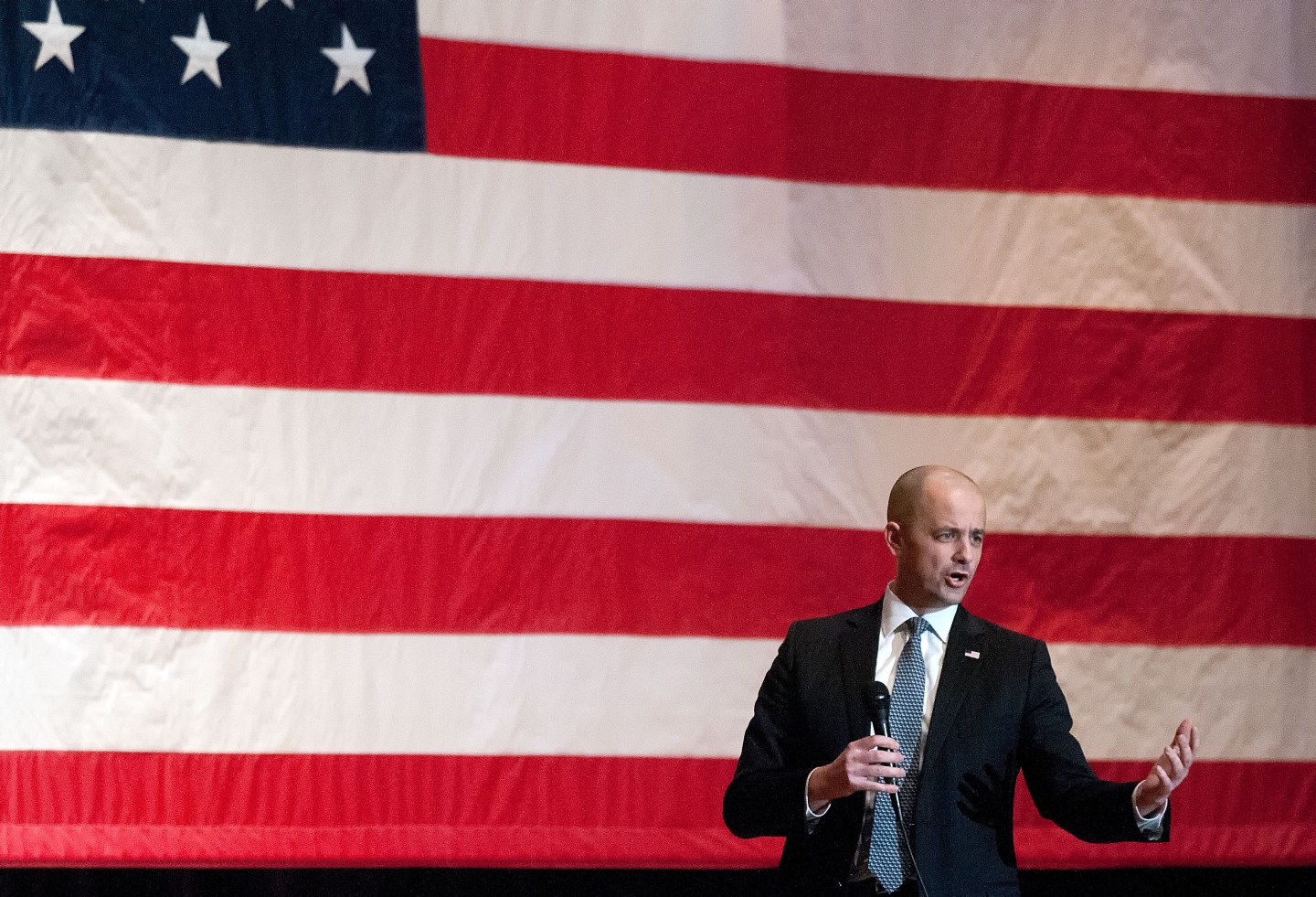 When I was growing up, I often wore a winter coat inside our home because we couldn’t afford to turn on the heat. With four children, my young parents often struggled to make ends meet, even while working three jobs. Yet I never thought that we lacked opportunities to grow. We all believed that hard work would eventually pay off, and in my case it did. But that isn’t the case for many of the 43 million Americans now living below the poverty line. That is why we need a new generation of leadership in Washington, which can get the economy moving again while fixing the anti-poverty programs that have never lived up to our expectations.

Free markets have helped to lift hundreds of millions of people out of poverty across the globe. Yet here in America, the government has spent the past eight years piling on new regulations while our debt has skyrocketed. The number of Americans living in poverty dipped lower in 2015, the first improvement after several years at or near a record high. Even now, there are 10 million more Americans living in poverty than there were in the late 1990s. The result should be a growing clamor for more economic freedom and less big government. But that hasn’t happened.

The problem is that Americans don’t believe that the advocates of free market policies care about the poor or about those living on the edge of poverty. In his book, The Conservative Heart, economist Arthur Brooks wrote about this problem very eloquently. American voters believe that they must choose between a heartless party on the right and “an imprudent but compassionate party on the left. Americans are good people, so given that rotten choice, compassion almost always wins. That’s especially true in times of hardship.”

In the long-term, the best solution to poverty is strong economic growth that expands the number of well-paying jobs available to American workers. Yet while we are working to kick start the economy, there is a lot we can do to make poverty-fighting programs more effective.

The place to begin is with an appreciation of how work is essential to human dignity. We want material goods, but what we want even more is self-sufficiency. To rise above poverty, those who receive government assistance and who are able to work, should begin working or preparing to do so through education and training programs.

This may be a conservative idea, but it has bipartisan appeal. In fact, as Brooks points out, this idea was the driving force behind the welfare reform bill passed by a Republican Congress and signed by President Bill Clinton in 1996. When Clinton signed the reform bill, he explained, “From now on, our nation’s answer to this great social challenge will no longer be a never-ending cycle of welfare. It will be the dignity, the power, and the ethic of work.”

In the space of just a few years, that reform bill helped millions of Americans to leave the welfare rolls and find paying jobs. Child poverty fell to its lowest level in a generation. Despite the stagnation of the U.S. economy over the past seven years, much of this progress remains. Yet welfare reform in the 1990s only addressed one small corner of the welfare state.

The challenge today begins with fixing one of our most important anti-poverty programs, the Earned Income Tax Credit (EITC). EITC operates by giving tax refunds to low-income individuals who work full time. You can think of it as a reverse income tax that supplements your paycheck instead of taking away a percentage of what you earn. By definition, the program only helps those who work. It’s a powerful incentive to get a job rather than cobbling together enough benefits to get by.

At present, the EITC delivers much greater benefits to parents than it does to workers without children. That makes sense insofar as families deserve additional help. But we also need a strong incentive for single workers to start working, so that they can afford to get married, start families, and raise children. After all, intact families are one of the most important tools we have for fighting poverty.

The data clearly show that parents who get married before having children have much better odds of staying out of poverty and their children have a much better chance of joining the middle class. My own experience bears this out. Eventually, my parents started earning more. Like my brother and sisters, I went to college and found a good job. The lesson here is that no government program can support people the way that family can, but government programs can help keep families together.

Another challenge facing EITC is that the IRS does a very bad job of delivering benefits to the right people. In 2013, the inspector general for the Treasury Department found that one-fourth of EITC payments went to ineligible people, at a cost of $15 billion per year.

One bold proposal for improving EITC is to deliver some of the benefits in each paycheck, rather than having workers wait for a refund after they file their taxes each April. This approach should reduce fraud because employers will help to verify eligibility.

Reforming EITC is only one of the many initiatives that comprise a work-centered, family-oriented agenda to reform today’s bewildering and inefficient maze of anti-poverty programs. If conservatives make a wholehearted commitment to reforming these programs instead of just criticizing them, we can show that we are a big-hearted movement that knows how to help the needy while getting the economy moving again.

Evan McMullin is an independent candidate for president who spent 11 years as an officer with the CIA.