The Road to 270: Here’s Where the Presidential Race Is Now 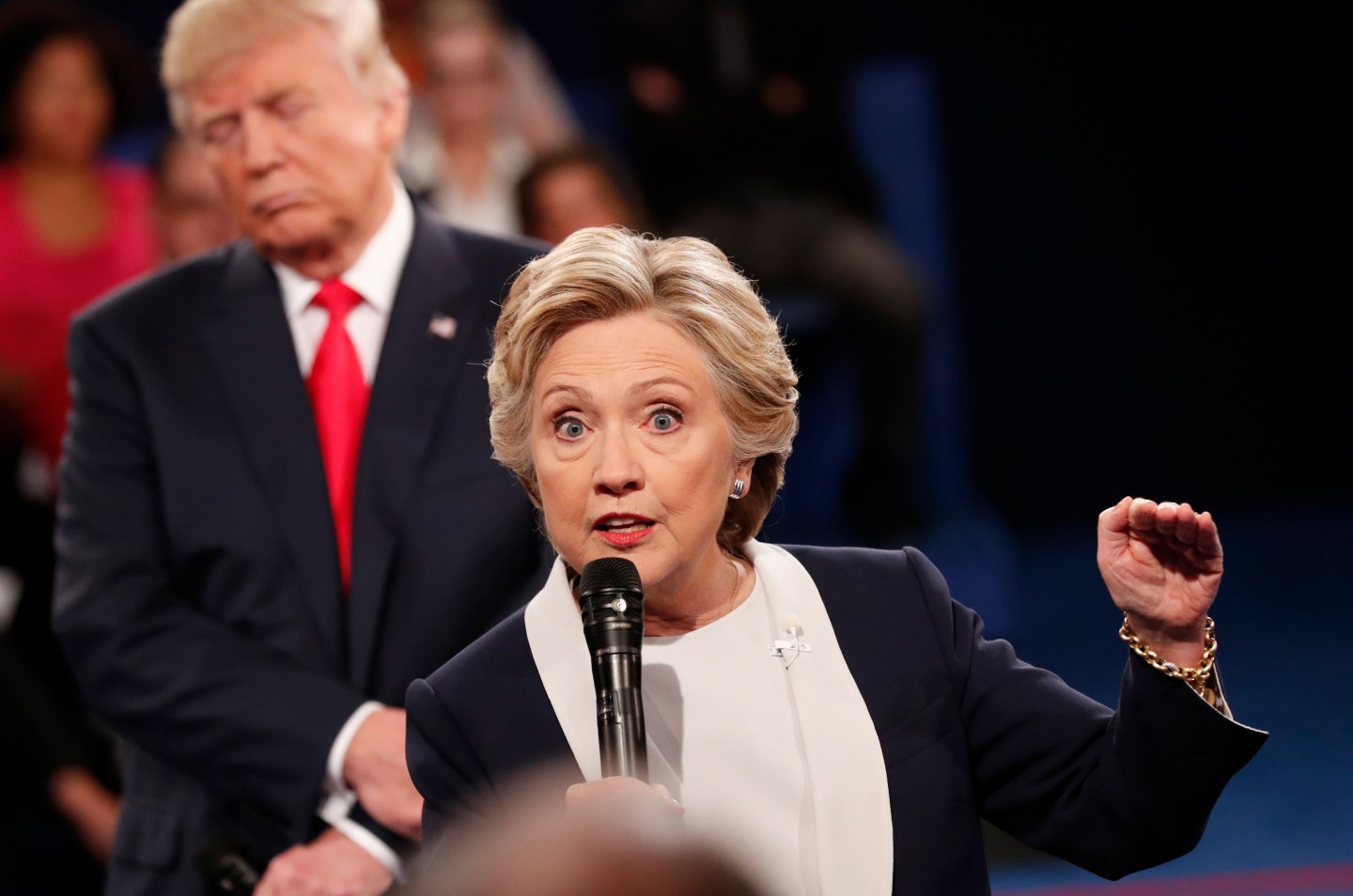 After a week of revelations and allegations about Donald Trump’s behavior toward women, a third party twist lends an unprecedented level of uncertainty to one conservative stronghold.

The Associated Press this week moves Utah to a tossup after recent polls there showed a narrowing gap between the Republican nominee and Democrat Hillary Clinton.

While Clinton may not have much upside in a state defined by its relationship with the Mormon church, support for independent Evan McMullin and Libertarian Gary Johnson adds unpredictability to usually Republican Utah.

Two polls conducted in Utah this week, by Monmouth University and Y2 Analytics, showed a 6-point Trump lead and a tie between Trump and Clinton. But both surveys showed McMullin not far behind, earning support from about 2 in 10 likely voters, and Johnson from about 1 in 10.

In both polls, about 7 in 10 Utah voters expressed an unfavorable view of the major party nominees.

After the release of a 2005 video of Trump making sexually predatory comments to Access Hollywood host Billy Bush, the Church of Latter-day Saints-owned Deseret News newspaper published an editorial calling for the GOP nominee to step aside, saying, “What oozes from this audio is evil.”

McMullin, who is still mostly unknown to Utah voters, appears to have the greatest potential to capitalize on distaste for the GOP nominee. Though running as an independent, he’s a Republican and a Mormon, born in Utah and a graduate of Brigham Young University.

The AP analysis is of the map as it stands today. It considers preference polling, recent electoral history, demographic trends and campaign priorities such as advertising, travel and on-the-ground staff.

AP also this week moves the 2nd Congressional Districts in Maine and Nebraska to toss-ups. Both states award a single electoral vote to the winner of each congressional district.

Polls show Clinton ahead of Trump nationally, and she maintains edges in enough states to win the White House if she can hold on to her current leads.