Airbus Employees Are Being Scolded for Dressing Too Casually at Work 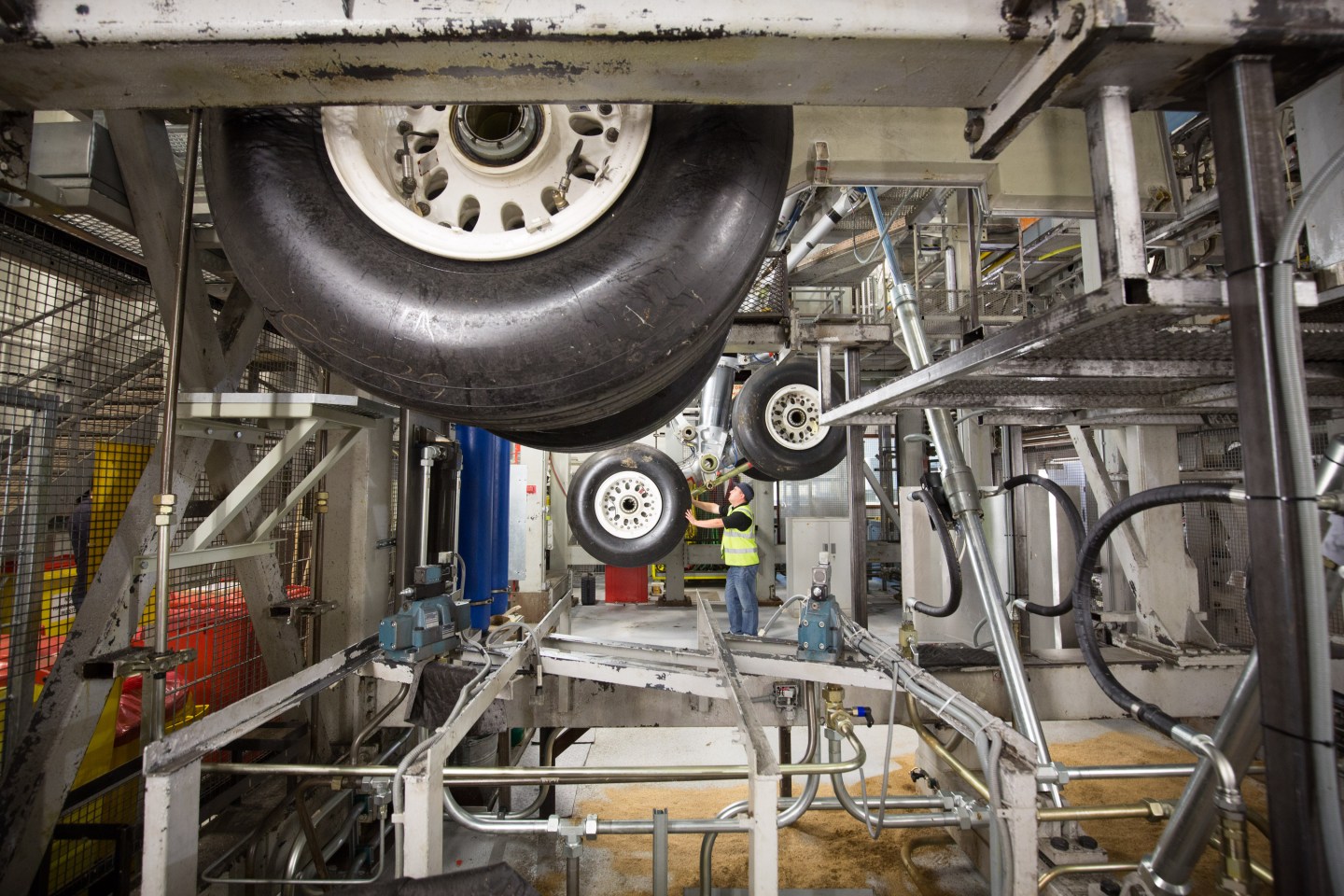 BRISTOL, ENGLAND - NOVEMBER 19: Airbus aircraft landing gear is tested at the Airbus aircraft manufacturer's Filton site on November 19, 2015 in Bristol, England. The site at Filton's main role is the designing and manufacture of wings, fuel and landing gear systems for all ranges of Airbus aircraft currently employing over 4,000 people. It is estimated another 100,000 jobs are generated in the UK by Airbus wing work, both directly as well as indirectly through an extended supply chain of over 400 companies. (Photo by Matt Cardy/Getty Images)
Matt Cardy — Getty Images

An internal row has broken out after Airbus managers at a plant in Britain berated staff for dressing casually and spending too much time in the canteen, fueling tensions just as the aerospace group embarks on a new reorganization.

Workers at Filton, southwest England, were angered when they received a memo accusing some staff of slacking and setting out recent sartorial offenses including the wearing of “outlandish t-shirts”, shorts, football shirts and flip-flops.

The plant outside Bristol, a city divided by fierce loyalties to two rival soccer teams, is home to the wing design for Airbus passenger jets and wing manufacturing for Europe’s A400M military transporter.

The Anglo-French Concorde supersonic airliner was also partly developed and built at Filton, where the last Concorde to fly will be the centerpiece of a new museum.

While Airbus Group CEO Tom Enders has launched a campaign to borrow fresh thinking from high-tech industries to improve innovation, the group’s British workers have been told another Silicon Valley export—casual Friday—does not apply to them.

“Clearly we want to portray a professional image at all times but it appears that for some employees Fridays have become like the day before the start of the school holidays,” a managerial memo told Filton’s 4,000 workers.

It also rebuked some workers for making a beeline for the canteen within minutes of arriving for work, for staying there too long and for going home as early as 11 a.m. on Friday.

Four workers have been sacked, or “exited,” for failing to work allotted hours, according to the memo, seen by Reuters.

The 800-word memo struck a nerve at a time when unions are warning over the impact of a company reorganization that will see Airbus Group merge with its main Airbus (AIRBUS-GROUP-N-V) plane-making arm.

“The email went viral internally. There is a lot of resentment,” said a person familiar with the reaction.

A spokesman for Britain’s largest union, Unite, said the memo had caused protests from staff, which had now been resolved, although other sources said reverberations continued.

French unions are warning of job cuts due to the reorganization, though plane-making chief Fabrice Bregier has said it too early to predict these.

“Managers talk about voluntary departures but we worry about forced redundancies despite an order book worth a trillion dollars,” said Yvonnick Dreno of Force Ouvriere, a union.

Airbus also faces possible job reductions on its commercial helicopter and A380 lines due to weak demand.

It remains unclear how the shake-up will affect Britain, where Airbus could be helped by a slide in the pound as costs are translated to euros, but whose vote to leave the European Union has left uncertainty over long-term Airbus investments.

Airbus, which has said in the past its U.K. plants are among its most productive, declined detailed comment on the row.

“As a global leader in aeronautics, Airbus must maintain the highest level of professional standards, and we routinely have ongoing communications with our employees across a range of topics and issues,” a spokeswoman said.