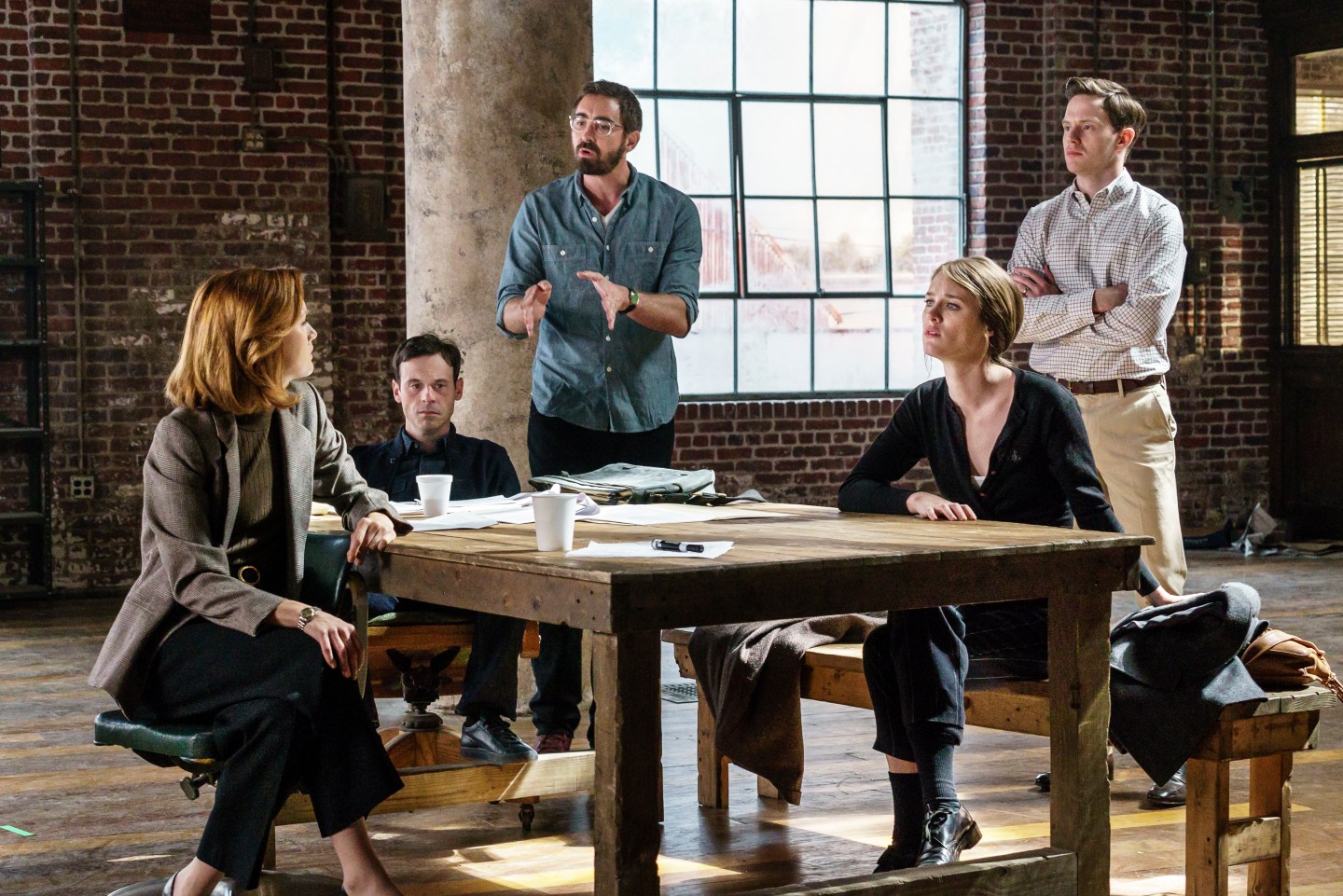 It was clear from the start of this season’s Halt and Catch Fire that the storyline would lead to the advent of the World Wide Web, but that didn’t make the show’s finale any less riveting.

On Tuesday, the last two episodes of the AMC series’ third season aired, concluding the adventures of Mutiny, a fictitious Silicon Valley startup. As the second-to-last episode kicks off, four years have passed since Cameron Howe, one of the company’s founders, has left and moved to Japan with her husband. Since then, co-founder Donna Clark has shut down the company and taken a job as a partner at the firm that financed Mutiny.

But Donna has stumbled on a new technology idea and thinks Cameron would be interested. Donna goes to COMDEX in Las Vegas to find her and convinces a reluctant, and still angry, Cameron to come back to California and explore the next big thing with her. Soon enough, Cameron, Donna, her husband Gordon, and Joe Macmillan, who had also flown to Vegas on his own to finally reconnect with Cameron, all meet up in San Francisco to get to work.

The idea? The World Wide Web, of course. On Tuesday, AMC announced that it had approved a fourth—and final—season for the series. Here are the most important moments in the final episode of the third season:

Joe and Cameron are back in action together. Cameron and Joe’s relationship has been a roller coaster over the series’ three seasons, but it was always clear that they had a deep connection that they could never break—even when they hated each other. Now, years after their initial falling out and four years after they last saw each other, they’re back working together—and that could spell trouble for Cameron’s marriage. Already, the two end up sleeping together in Vegas, which Cameron hides from her husband, Tom Rendon. But Tom knows something is up. He snoops on her emails (without finding anything) and blows up at Joe during a group meeting to discuss working on the Internet project.

As the episode wraps up, only Cameron will work on the new project, without Tom, and before she arrives at the meeting, Joe confesses to Gordon that he’s in love with Cameron.

Now, Cameron and Joe are back working together on the greatest passion they share: technology.

For Fortune’s recap of the previous episode, read: AMC’s ‘Halt and Catch Fire’ Shows Not All IPOs Are Fairytales

Cameron and Donna will go head to head. Donna was able to convince Cameron to return and work on the Web project with her, but eventually Cameron realizes that she can’t trust Donna and tells her she can’t work with her. Seemingly out of guilt for how Mutiny ended—with Cameron walking away from her company—Donna tells her she can take over the project and then walks out.

But Donna can’t give up on what they all know is the next revolution in technology. Donna also appears resentful that Cameron still blames her for the Mutiny debacle despite the fact that all she ever wanted was to make the company into a success.

And so she calls her office and books a flight to Switzerland, where Tim Berners-Lee, the investor of the Web, is based. The stage is set for the next season: Donna and Cameron will go head to head as they race to develop rival web browsers.

A big idea that’s possibly ahead of its time. The gang’s new project is to build a web browser, but it’s only 1990— a few years before the Web really took off. Gordon worries that they may be ahead of their time, a valid concern when it comes to technology considering all the ideas and products that have failed because they were too early. But Joe assures him —astutely, as it turns out—that the Web is the next big thing.

Mosaic, the real world web browser often credited for popularizing the Internet, was developed in 1992 and released the following year. Netscape, whose web browser was once the most popular in the early days of the commercial Internet, wasn’t created until 1994, but the groundwork for the Web did in fact begin around this time. Keeping in mind that the series has another season left, that’s plenty of time for our characters wrestle with creating what will usher the next revolution in technology.