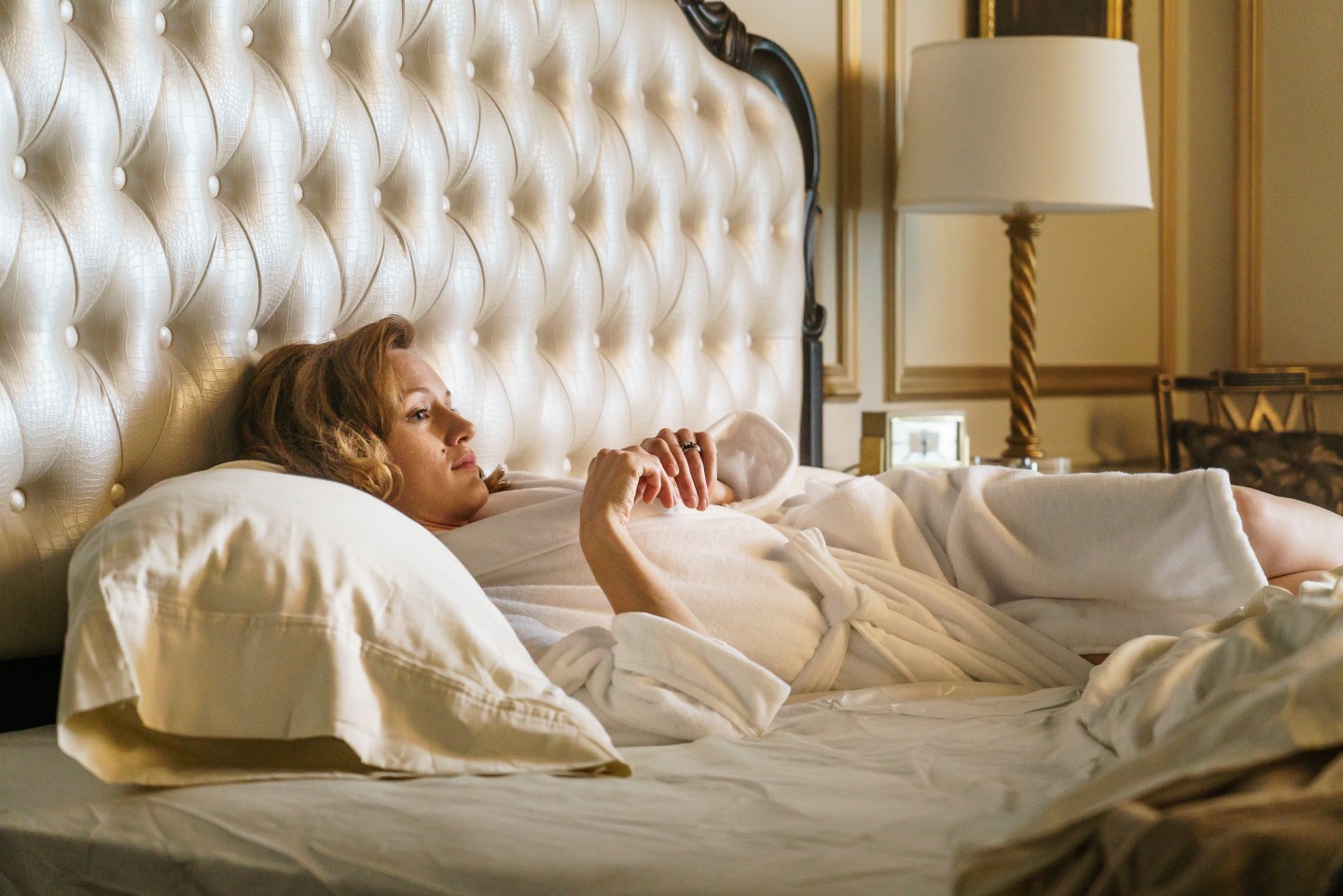 Big changes are afoot for the characters at the center of AMC’s Halt and Catch Fire.

As the third’s season’s eighth episode opens, Mutiny, the online chat room startup, embarks on its initial public offering roadshow despite being without its founder, Cameron Howe. Still, co-founder Donna Clark and investor Diane Gould keep the show going as they hope to raise a generous amount of funds when the company goes public.

Meanwhile, Joe MacMillan and Gordon Clark (Donna’s husband) continue on with their new working relationship, which they rekindled after Joe finally gave Gordon credit for writing the software sold by MacMillan Utility. Unfortunately, Ryan Ray, a young engineer Joe hired away from Mutiny, and with whom he had been working on secret projects, recently released the entire code of MacMillan Utility’s main product into the open, and is now on the run after authorities suspect him as the culprit (Joe refused to turn him in). Here are some of the most important moments in the latest episode:

Cameron and Tom decide to move away. Cameron has spent weeks moping around the house after she quit from Mutiny, and finally a big change is on the horizon: Tom Rendon, her new husband, has been offered a work promotion that will take them to Japan. Cameron immediately says yes, clearly viewing the move as an opportunity to heal from her devastating departure from the company she founded.

Yet she seems to have doubts toward the end of the episode, telling Tom she needs to run to the store to pick up items that may not be available in Japan.

Mutiny’s IPO doesn’t go as planned. After weeks on the road, Donna and Diane finally get to the finish line. But when Mutiny’s shares finally begin to trade on the stock market, things don’t go as they hoped. After opening at $8 a share, Mutiny’s stock immediately falls to $6, presumably shattering the dreams of riches and success the team dreamed going public would bring.

As she sits in her hotel room looking at the falling stock price, Donna breaks down crying, undoubtedly realizing that everything she and Mutiny had risked—including losing Cameron, who quit after the rest of the board voted against delaying the IPO—was likely in vain. Despite the acquisition offer Mutiny had received, and all the buzz and momentum the company felt when it decided to go forward with the IPO, Wall Street doesn’t seem to find much value in the small online startup with chat rooms and a peer-to-peer marketplace.

Ryan warns of the internet’s destructive power. Ryan’s fate ends tragically when he jumps off Joe’s apartment balcony to escape going to prison or a life on the run, but he leaves behind an open letter. In it, Ryan warns people of a future in which corporations lie and exploit, but the biggest threat of all will be people themselves.

“There’s something on the horizon, a massive connectivity,” he says of the internet, which at this point in history, hasn’t been invented yet. But Ryan, through his work with Joe on NSFNET, a precursor to the Internet, seems to predict much of the challenges we now face, from cyberbullying to hacking.

“The barriers between us will disappear,” writes Ryan. “We’ll hurt each other in new ways,” he says of the Internet’s eventual power.