Why President George H.W. Bush Is ‘Looking Better and Better’ 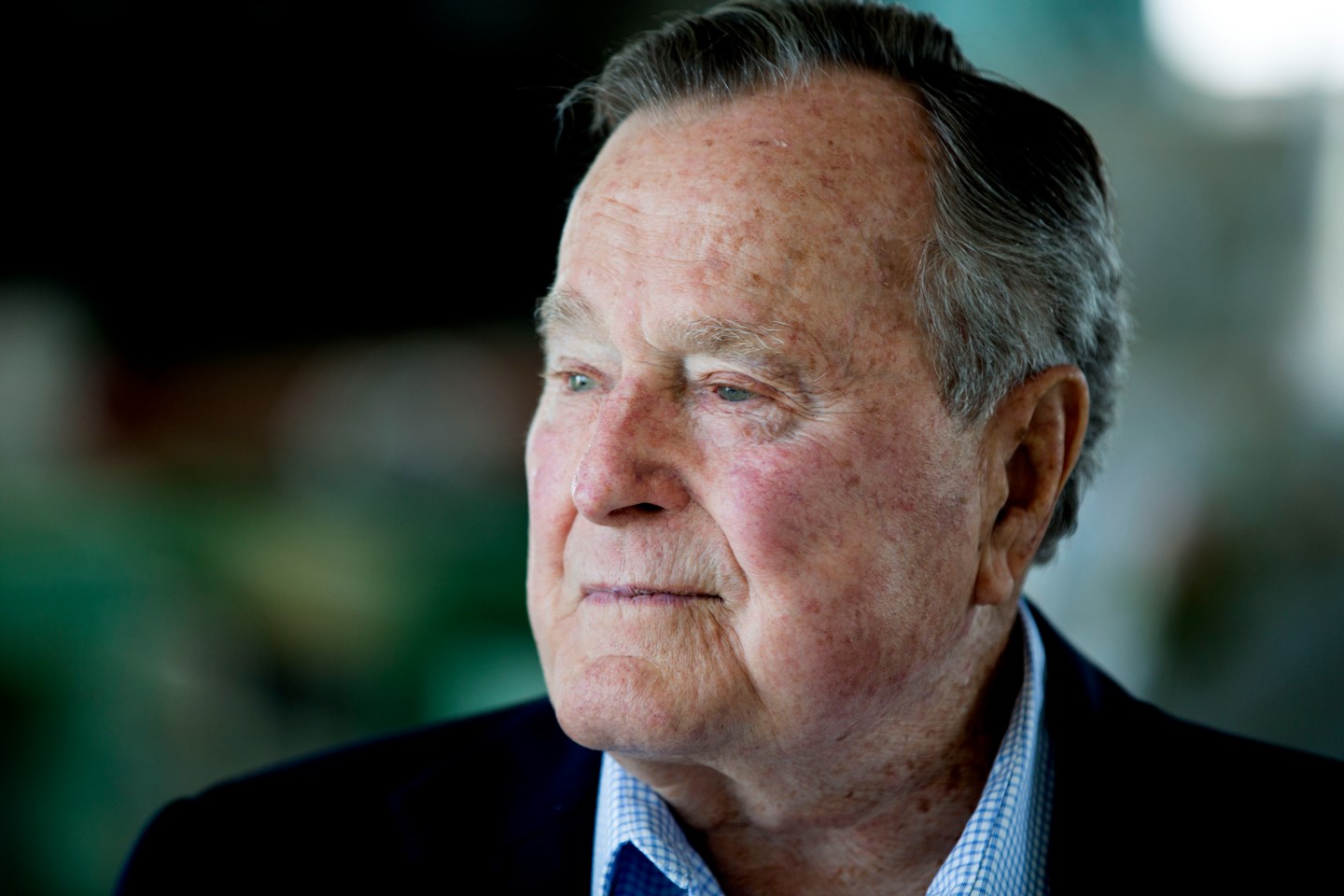 You’ve got to wonder what George H.W. Bush thinks of this presidential race. You can wonder, but he won’t tell us, a reticence that may be one reason the 41st president is lately being reevaluated in a distinctly kinder, gentler way.

Pulitzer-Prize winner Jon Meacham discusses Bush in a new Washington Post podcast, in particular how Bush “keeps looking better and better” in today’s environment. Meacham’s biography of Bush, Destiny and Power, was an instant No. 1 bestseller when it appeared late last year, which should have told us something – a book about a one-term president, a “failed president” as Bush once harshly judged himself, doesn’t sound like bestseller material. But then you realize that Bush embodies virtues that seem jarringly out of place today, at war with a culture that has given us the two least liked, least trusted candidates ever measured.

We know a bit of what Bush thinks about this election, despite his public silence. He clearly disapproves of Donald Trump, whom he has refused to endorse – remarkably for a former Republican president and former chairman of the Republican National Committee. Even more remarkably, he will apparently vote for Hillary Clinton, according to several people who have spoken with him. As for his view of his nephew Billy Bush’s role in the notorious Trump tape released last week – we can only guess.

Bush 41’s virtues stand out more sharply just now by comparison with Trump, who offers the opposite of modesty and restraint. The differences go deeper. Trump is thrice-married; Bush remains devoted to Barbara, his wife of 71 years (you read that right). Trump was exempted from military service after college by a heel spur that somehow didn’t prevent him from playing football, tennis, and squash and somehow later stopped bothering him without treatment. Bush enlisted in the Navy in World War II at age 18 and flew 58 combat missions over the Pacific, including one in which he was shot down and rescued.

But the new appreciation of Bush predates Trump’s appearance as a candidate. “The farther the country moved from his presidency the larger Bush loomed,” Meacham writes, “and the qualities so many voters found to be vices in 1992 came to be seen as virtues—his public reticence; his old-fashioned dignity; his tendency to find a middle course between extremes.”

He was a far-from-perfect human, of course, and an unpopular president on the Harvard campus, where the political tilt has if anything inclined leftward since then. Yet in 2014, when Harvard gave this old Yalie an honorary degree, he got a standing ovation from the assembled thousands — now, at age 92, a man for our times.