Some Donald Trump Donors Want Their Money Back 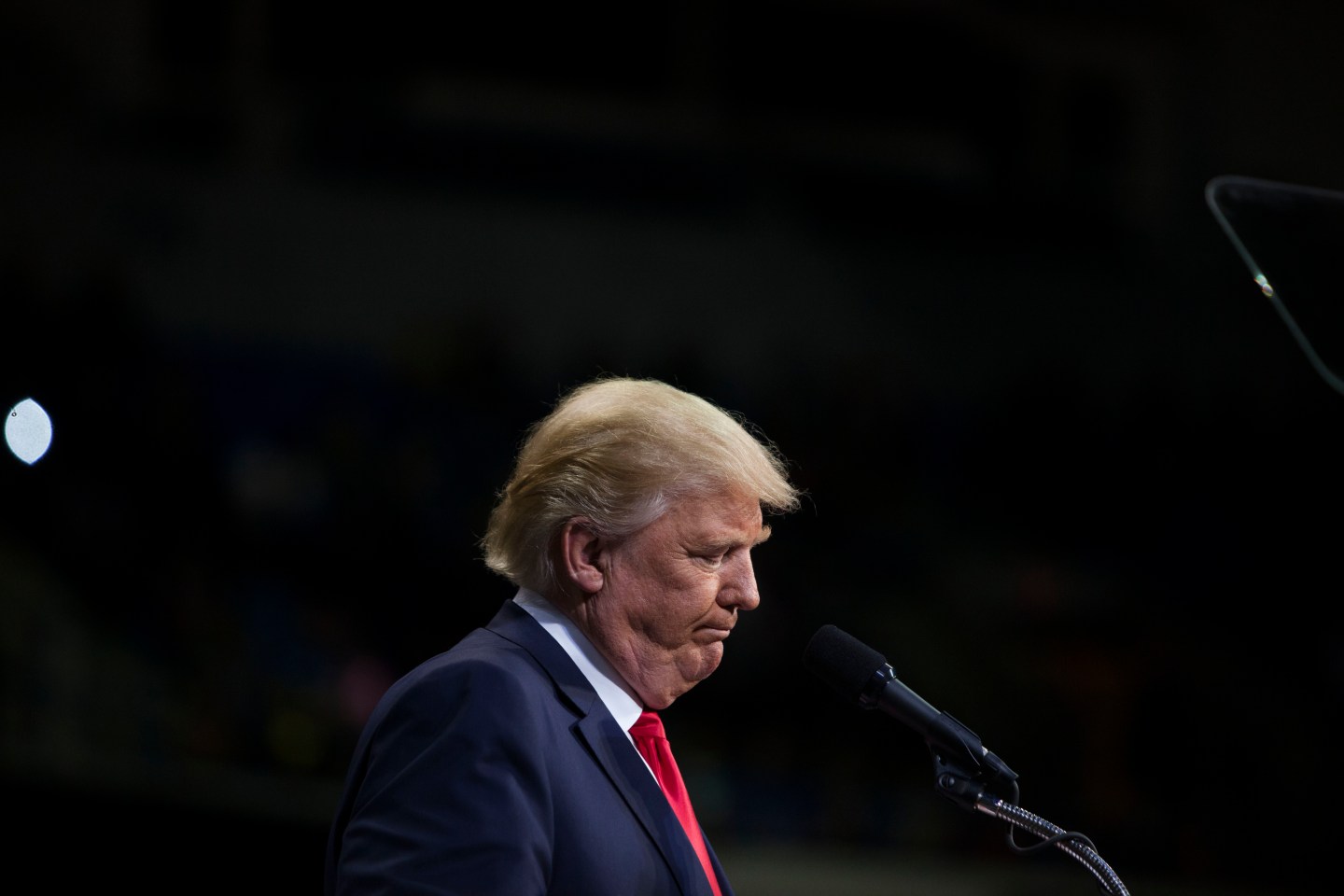 At least two big donors to Republican presidential nominee Donald Trump have requested refunds since a recording was leaked that featured Trump making lewd comments about sexually assaulting women, according to emails obtained by NBC News.

“I cannot express my disappointment enough regarding the recent events surrounding Mr. Trump,” one donor wrote in an email, saying he was “repulsed” by Trump’s comments about women.

In the recording, published Friday by the Washington Post, Trump brags about hitting on a married woman and groping women, saying “you can do anything” to them “when you’re a star.” At Sunday’s presidential debate, Trump dismissed the comments as “locker room talk.”

“I have three young children and will not support a crude sexist man,” the other donor wrote in an email, calling Trump’s comments “childish and embarrassing in today’s society.”

Trump spokesman Jason Miller told NBC News that the campaign is “unaware of any donors making such a request.”

The unnamed fundraiser who had collected their donations told NBC News that the two had raised tens of thousands of dollars for Trump’s campaign. The fundraiser, who had raised nearly $1 million in total for Trump, said he won’t raise more money for the candidate.