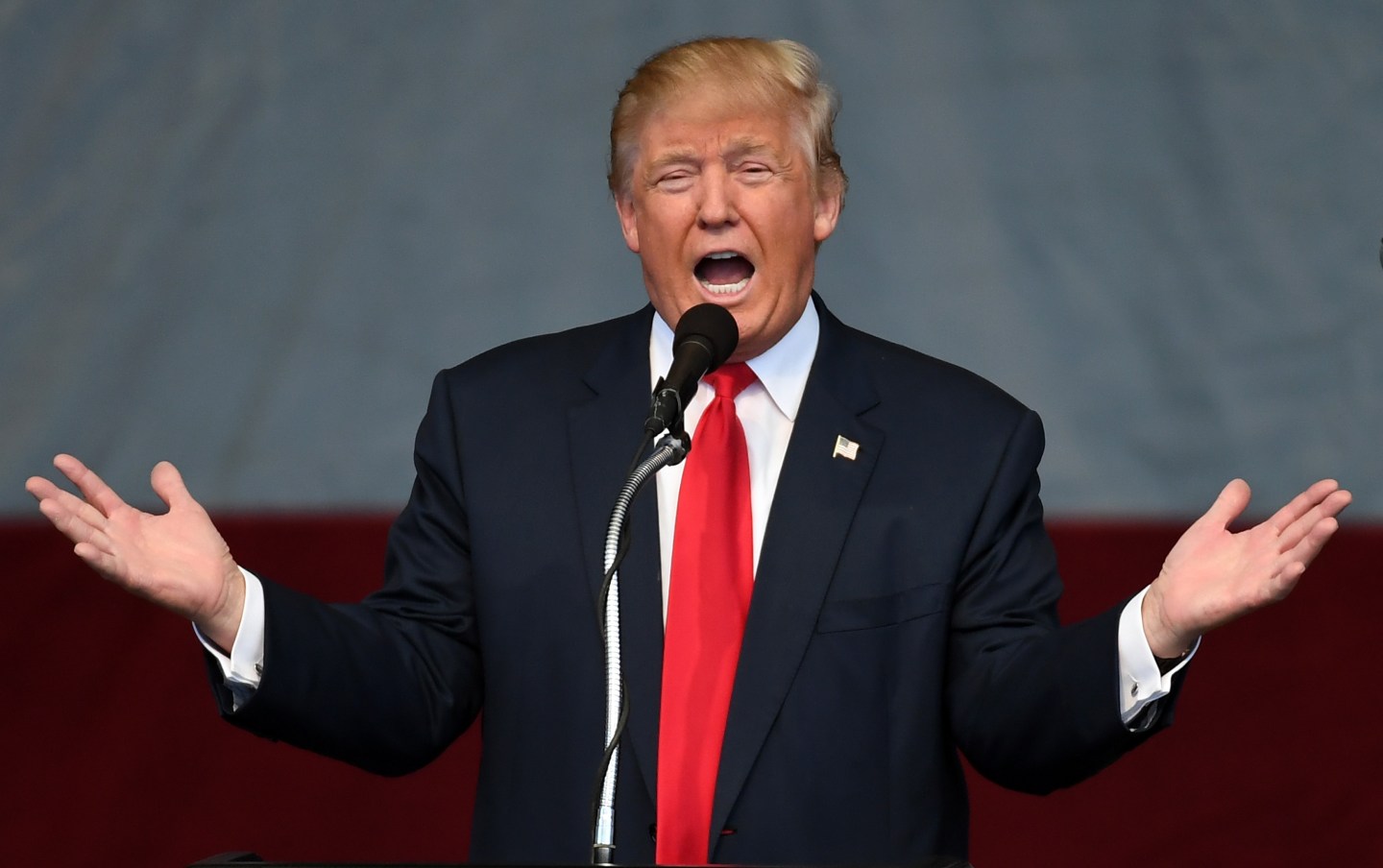 Republicans on Friday quickly condemned the lewd comments about women made by Republican presidential nominee Donald Trump in a 2005 conversation, and some called for him to drop out of the race.

In the newly-released recording, published Friday by the Washington Post, Trump brags about hitting on a married woman and groping women, saying “you can do anything” to them “when you’re a star.” Republicans, including the party’s most senior leaders, immediately denounced Trump’s comments and called for an apology.

Republican House Speaker Paul Ryan, who endorsed Trump but has often distanced himself from some of the nominee’s controversial remarks, said Trump will no longer be attending a scheduled joint rally in Wisconsin on Saturday.

“I am sickened by what I heard today,” Ryan said in a statement. “Women are to be championed and revered, not objectified. I hope Mr. Trump treats this situation with the seriousness it deserves and works to demonstrate to the country that he has greater respect for women than this clip suggests.”

“No woman should ever be described in these terms or talked about in this manner. Ever,” said Republican National Committee Chairman Reince Priebus.

Washington Rep. Cathy McMorris, the highest-ranking woman in the House, said: “It is never appropriate to condone unwanted sexual advances or violence against women.”

Here are some more of the reactions from Republican leaders across the country:

I will not vote for a nominee who has behaved in a manner that reflects so poorly on our country. FULL STATEMENT: https://t.co/7zUFPXvXPA

As the grandfather of two precious girls, I find that no apology can excuse away Donald Trump's reprehensible comments degrading women.

These comments are disturbing and inappropriate, there is simply no excuse for them.

Donald's comments were vulgar, egregious & impossible to justify.
No one should ever talk about any woman in those terms, even in private.

Hitting on married women? Condoning assault? Such vile degradations demean our wives and daughters and corrupt America's face to the world.

I condemn in the strongest possible terms the comments made by Donald Trump regarding women. I find them disgusting.

Donald Trump's statements are beyond offensive & despicable. While I cannot vote for Hillary Clinton, I will not vote for Trump. #utpol

Comments made by Mr. Trump are outrageous, & he must apologize immediately for his disrespectful, profane & demeaning language about women.

Trump: "I am your voice."
Not my voice. Not most Americans' voice. Isn't it time for a Republican revolt against his remaining GOP's voice?

DJT is a malignant clown – unprepared and unfit to be president of the United States.

The comments DJT made are lewd & insulting. There is no excuse, and no room for such reprehensible and objectifying talk about anyone, ever.

I will not vote for Donald Trump. Read my statement here: pic.twitter.com/F8zajgDZpg

Donald Trump's behavior makes him unacceptable as a candidate for president, and I won't vote for him.