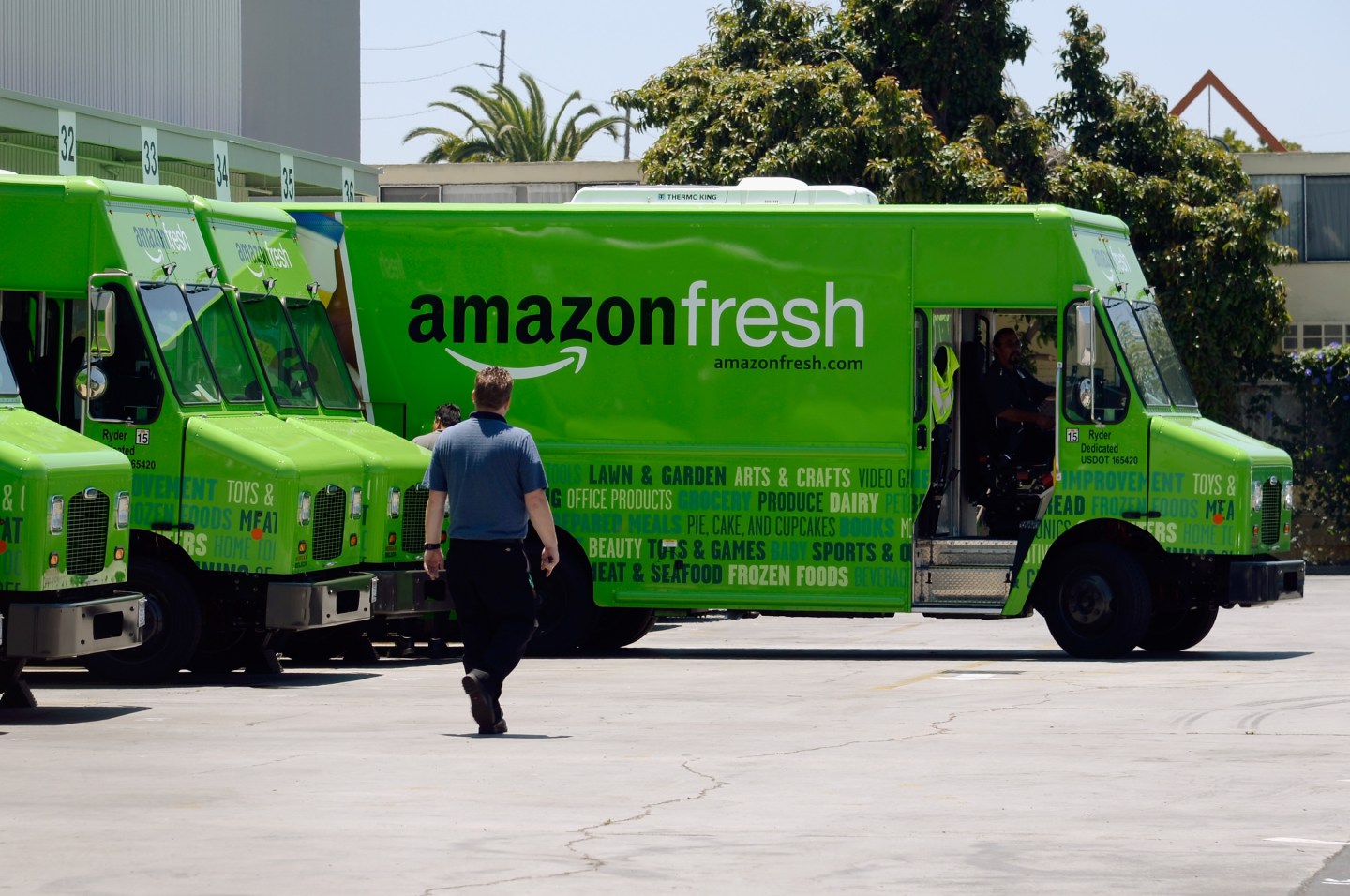 INGLEWOOD, CA - JUNE 27: An Amazon Fresh truck arrives at a warehouse on June 27, 2013 in Inglewood, California. Amazon began groceries and fresh produce delivery on a trial basis to select Los Angeles neighberhoods free of charge for Amazon Prime members. AmazonFresh lets you order groceries and have them delivered on the same day. (Photo by Kevork Djansezian/Getty Images)
Kevork Djansezian—Getty Images

Amazon will continue to expand its brick and mortar presence with a new line of convenience stores, according to a report on Tuesday from The Wall Street Journal.

The stores will be available for subscribers of Amazon’s online grocery delivery and ordering service, Amazon Fresh. Amazon originally launched grocery delivery in 2007, starting in Seattle, but has been slow to expand the service.

Amazon Fresh used to cost $299 annually but the terms of membership were changed last week to include $15 monthly fee on top of the $99 Amazon charges for its marquis subscription service, Amazon Prime. Currently, Amazon Fresh is available in California, New Jersey, New York City, Philadelphia, Boston, and Washington, among other cities.

Grocery delivery isn’t an unnatural fit for Amazon. The service fits nicely into its Prime subscription, which also includes access to stream digital movies, TV shows, and Amazon’s original productions in addition to free two-day shipping and one-hour delivery on certain orders. And Amazon already has a delivery and logistics network set up for its e-commerce marketplace.

But the main challenges for the e-commerce company for the expansion of Amazon Fresh have been with handling stock of perishables, the management of refrigerated warehouses, and hire additional delivery people in each new market.

With the brick and mortar expansion, Amazon would sell items like produce, milk, and other perishable items. According to the report, customers would use their phones or other touch screen devices to buy things from the store. Amazon (AMZN) will also roll out curbside pick up for online grocery orders that can be brought to a customer’s car, a service that rival Walmart (WMT) also offers.

This isn’t the first brick and mortar expansion for Amazon. The e-commerce giant has been steadily expanding its bookstores in cities in the U.S., including Boston, San Diego, and Seattle.