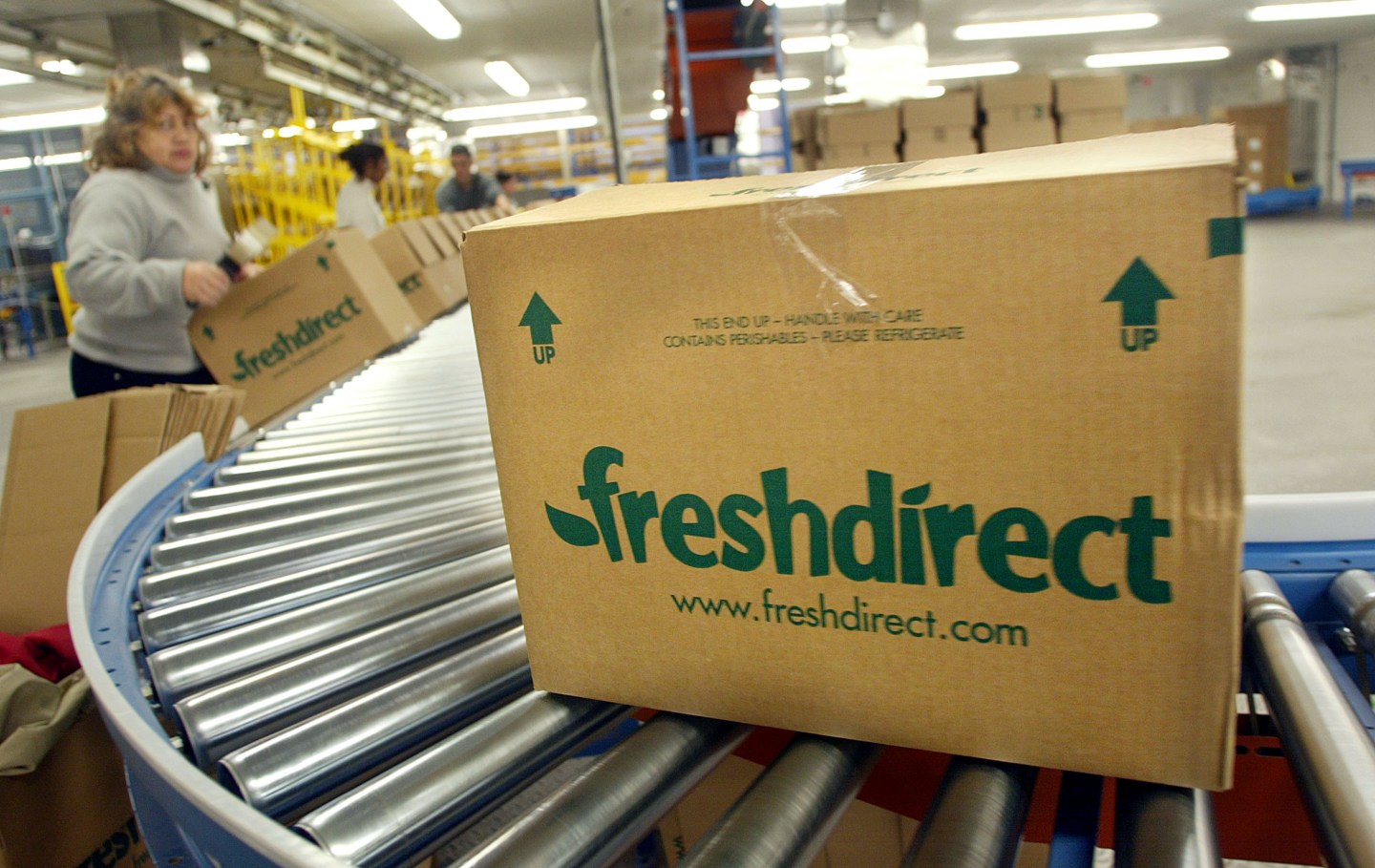 Online food delivery company FreshDirect said on Monday it had raised $189 million in a round led by JPMorgan Asset Management, as it seeks to expand its geographic footprint.

The funding will help Long Island City, New York-based FreshDirect expand its capacity and reach, as it builds on the initial success it has enjoyed in its home area.

Launched in 2002, FreshDirect is an online food grocer that delivers fresh meat, produce and other specialty items, primarily in the New York and Philadelphia areas. Its recently introduced FoodKick program in Brooklyn promises to deliver food, alcohol and other products in less than an hour. With $600 million in annual sales, the company says it has been profitable since 2010.

It is “too early” to comment on potential plans for either an initial public offering or a sale to a larger competitor, Chief Executive Officer and co-founder Jason Ackerman said in an interview.

Armed with new financing, FreshDirect expects to move into new territory, Ackerman said, declining to give specifics for fear of tipping off tipping off rivals. “We’ve always felt like a majority of the competition is fought at the local level,” he said.

FreshDirect has faced increased competition in recent years from meal kit companies such as Plated and Blue Apron, which deliver prepared meal ingredients and instructions, as well as InstaCart, which allows shoppers to home-order directly from their local supermarket such as Whole Foods Market.

Internet giant Amazon (AMZN), which first experimented with its food delivery system, AmazonFresh, in 2007, has now expanded to cities that include New York, Baltimore and Los Angeles.

Ackerman said, however, that the influx of rivals would help make shopping for groceries online more widespread.