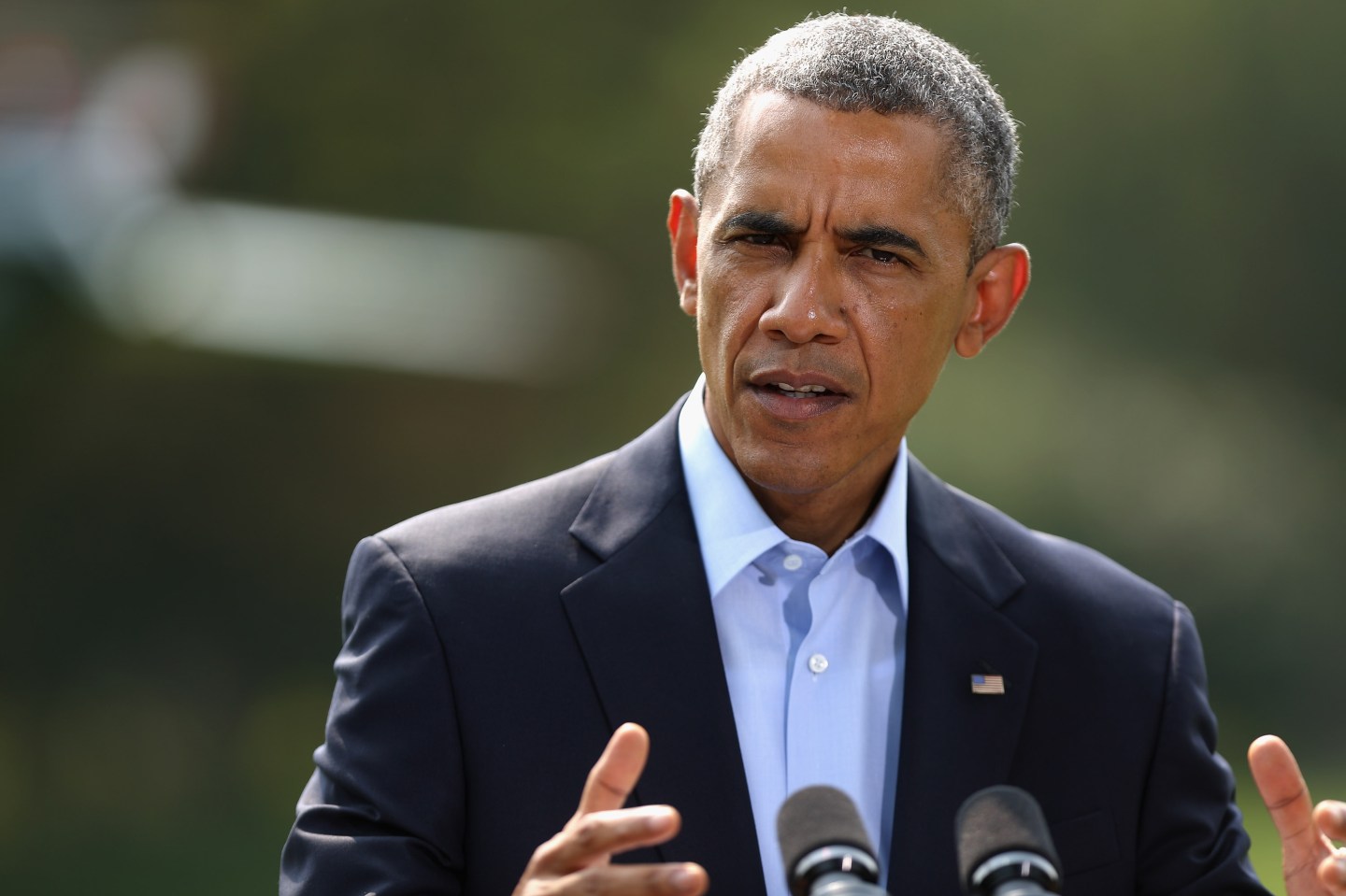 “One of the most disturbing things about this election is just the unbelievable rhetoric coming at the top of the Republican ticket,” Obama said at a fundraiser on Sunday in Chicago.

Without saying Trump’s name, Obama referenced the recently leaked tape that revealed Donald Trump talking about grabbing women “by the p—y,” as well as other sexually aggressive comments. Obama cited comments that were “demeaning women, degrading women, but also minorities, immigrants, people of other faiths, mocking the disabled, insulting our troops, insulting our veterans.”

That, Obama said, “tells you a couple things. It tells you he is insecure enough that he pumps himself up by putting other people down. Not a character trait that I would advise for somebody in the Oval Office.” He added, “I don’t need to repeat it. There are children in the room.”

Donald Trump released a videotaped apology on Friday night for his remarks, saying that his hot-mic comments were just “locker room” banter, and he regrets the incident.