U.S. Turns Up Heat on Russia as Ties Deteriorate 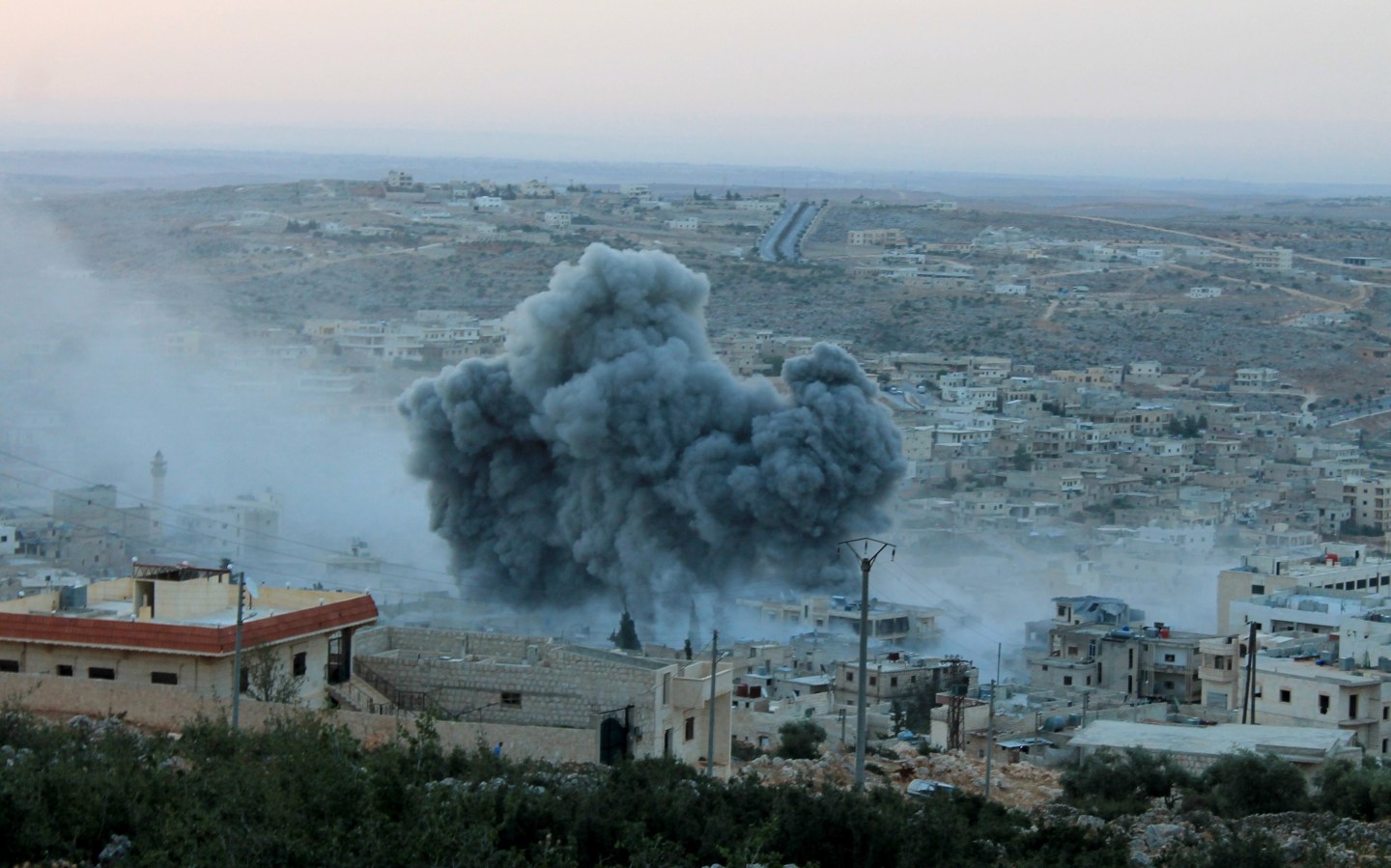 The Obama administration is turning up the rhetorical heat on Russia, accusing senior Russian officials of ordering the hacking of American political sites to try to interfere in the upcoming presidential election and suggesting that Russia’s military is committing war crimes in Syria.

Friday’s barrage of allegations from Washington—coupled with angry denials from Moscow—marked a descent to yet another low point in increasingly poor relations between the former Cold War foes, who are deeply divided over key international issues of war and peace and appear on a path of one-upsmanship perhaps not seen since the collapse of the Soviet Union in 1991.

The hacking allegations, made publicly for the first time since cyberattacks on the Democratic National Committee and the Democratic Congressional Campaign Committee earlier this year, came amid pressure on the administration to call Russia out for the hacking, which has produced the release of embarrassing internal emails.

“We believe, based on the scope and sensitivity of these efforts, that only Russia’s senior-most officials could have authorized these activities,” the Office of the Director of National Intelligence said in a joint statement with the Department of Homeland Security. It said recent disclosures of alleged hacked emails on websites like DCLeaks.com and WikiLeaks, and by the Guccifer 2.0 online persona, are consistent with the methods and motivations of efforts directed by Russia, which has denied involvement.

“These thefts and disclosures are intended to interfere with the U.S. election process,” the statement said. “Such activity is not new to Moscow. The Russians have used similar tactics and techniques across Europe and Eurasia, for example, to influence public opinion there.”

The White House declined to say whether the formal attribution would trigger sanctions against Russia and senior officials said the U.S. would respond at a time and place of its choosing, but stressed that any retaliation may not take place in the open.

Part of the difficulty with responding to cyberattacks is the lack of an official rulebook for doing so. Friday’s announcement blaming Russia publicly appears to be continuing precedent, and the acknowledgement of at least one rule or line in the sand, under the Obama administration.

“These are core values,” said Michael Morell, the former deputy director of the Central Intelligence Agency. “It doesn’t get any more core than this, and when you get countries starting to mess around, you need to send a very powerful signal that we are not going to allow this to happen.”

The U.S. has worked with countries around the world over the last five years to cultivate a set of voluntary norms, or guidelines, for cyberspace. Kremlin spokesman Dmitry Peskov dismissed the allegations as “nonsense,” but didn’t deny Russian involvement.

“Every day there are tens of thousands of attacks on (Russian President Vladimir) Putin’s website. Many of the attacks can be traced to the U.S.,” Peskov was quoted as telling Russia’s Interfax news agency. “We’re not blaming the White House or Langley every time,” he added, referring to Langley, Virginia, home of CIA headquarters.

The U.S. statement stopped short of linking attempted hacks or probing of U.S. state electoral systems directly to Russia although intelligence officials say many of these originated from servers operated by a Russian company.

The accusation came just hours after Secretary of State John Kerry called for a war crimes investigation into Russian and Syrian military strikes in Syria, particularly in Aleppo where they are alleged to have hit civilian targets, including hospitals and medical workers. The Russian Foreign Ministry said Kerry was trying to divert attention from U.S. failure to uphold a cease-fire it he negotiated with Russian Foreign Minister Sergey Lavrov last month in Geneva.

“Russia and the regime owe the world more than an explanation about why they keep hitting hospitals and medical facilities, and children and women,” Kerry told reporters at the State Department alongside French Foreign Minister Jean-Marc Ayrault, who was in Washington after meeting Lavrov in Moscow on Thursday.

“These are acts that beg for an appropriate investigation of war crimes,” Kerry said. “They’re beyond the accidental now, way beyond, years beyond the accidental. This is a targeted strategy to terrorize civilians and to kill anybody and everybody who is in the way of their military objectives.”

For more on Syria, watch:

The U.S. has little chance of being able to initiate a war crimes probe of either Russia or Syria. Russia has veto power at the U.N. Security Council and has blocked repeated attempts over the last 5½ years to put pressure on Syrian President Bashar Assad’s government or hold it accountable for the widespread allegations of indiscriminate killing, torture and chemical weapons attacks.

Nonetheless, Kerry’s comments hit a nerve in Moscow. “Kerry used these words from the point of view of fanning tensions,” foreign ministry spokeswoman Maria Zakharova said. “As long as war crimes are at question, the Americans should start with Iraq. And then look at Libya and Yemen to see what is going on there.”

Kerry’s Sept. 9 agreement with Russian Foreign Minister Sergey Lavrov would have created a new counterterrorism alliance in Syria, had fighting stopped for a week and aid deliveries been permitted to reach desperate civilians in rebel-held parts of Aleppo and other besieged areas. Neither condition was ever met.

A Syrian Rebel Says the U.S.-Russia Truce ‘Has Failed’

The truce then shattered completely when Syria and Russia renewed their military offensive in Aleppo. Kerry ended bilateral discussions with Russia on the military partnership earlier this week.

Meanwhile Friday, Russian lawmakers ratified an agreement allowing Russia’s military to indefinitely maintain an air base in Syria and Russia’s ambassador to the United Nations said Moscow would veto a French-drafted U.N. Security Council resolution calling for a cease-fire in Aleppo and the grounding of all aircraft over the besieged Syrian city.

“I cannot possibly see how we can let this resolution pass,” Russian U.N. Ambassador Vitaly Churkin said, setting up a showdown for Saturday when the Security Council is expected to vote.