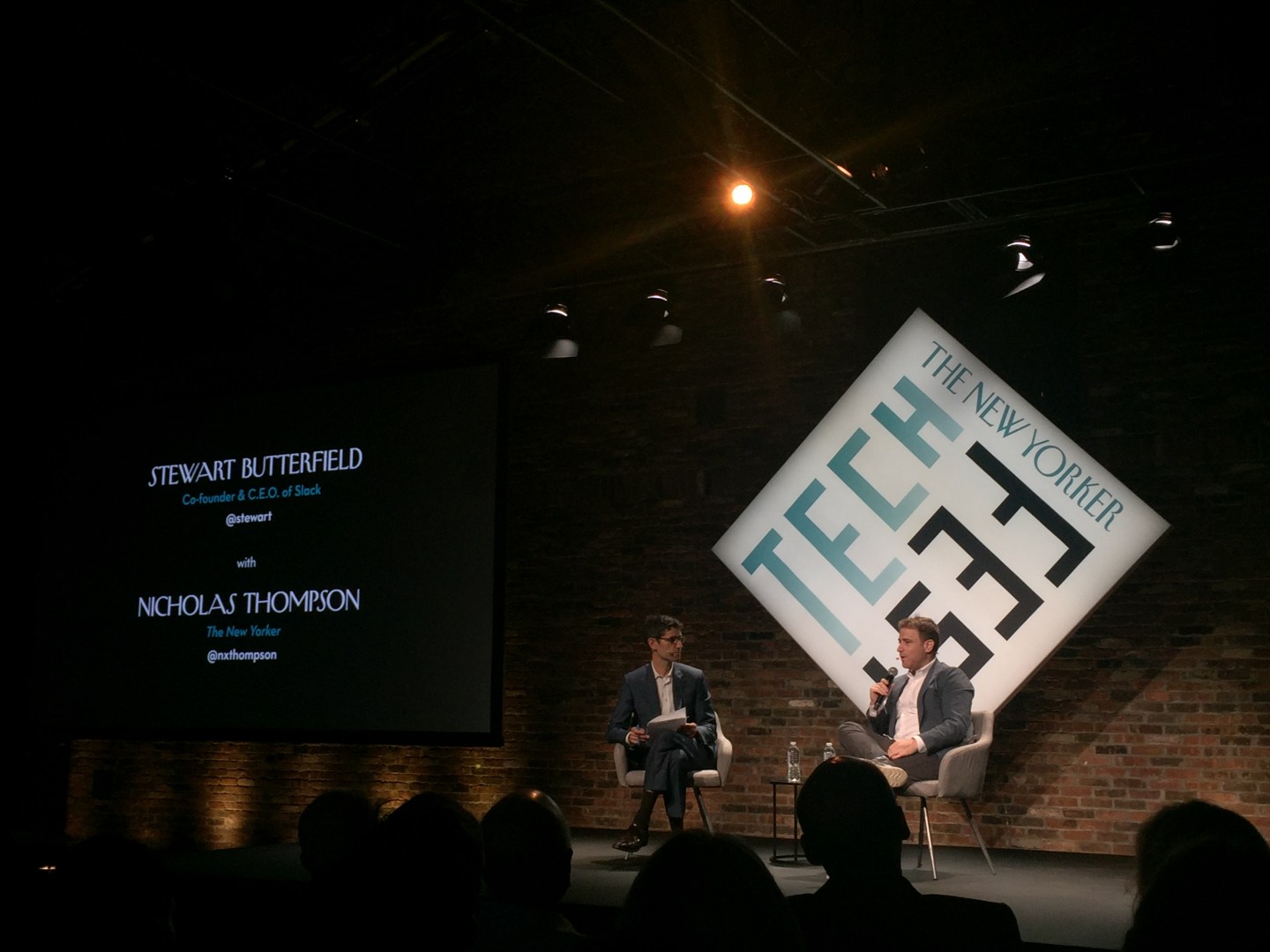 But he threw water on talk of an immediate bot-driven revolution in an interview on-stage at the New Yorker TechFest on Friday.

“People tend to overestimate the short-term impact of technological change,” Butterfield said in response to a question about tech’s present bot obsession. “In the short-term, it’s not going to make that much of a difference.”

In recent months, executives at companies ranging from Google (GOOG), Amazon (AMZN), Facebook (FB), and Microsoft (MSFT) have all touted artificially intelligent helpers as having radical potential to reshape the way people interact with their products. They’ve embedded bots in services ranging from Google Home to Amazon Echo to Skype to Facebook Messenger.

Still, Butterfield believes bots have transformative potential. One of Slack’s most prized features is its openness, allowing software developers to build their own bots, tools, and complimentary apps on top of it. The company even has an $80 million fund to promote third party apps that integrate with its own product.

Slack, founded in 2009, reached a private valuation of $3.8 billion earlier this year after landing $200 million in a fourth round of venture capital fundraising. The app has more than a 3 million daily active users.

“In the long-term, I am hugely bullish,” he clarified on stage. “I think there will be an incredible future.”

To illustrate his point, Butterfield brought up Amazon Echo. “It’s phenomenal at its very narrowly-prescribed set of use cases,” he said, rattling off chores like performing mathematical calculations, telling you what show is on a certain TV channel, or what time an event starts. But “you can’t ask it to do just anything,” he said.

That’s actually not a drawback, he said. The ability to hone in on specific areas, rather than facilitating generic interactions, is where he believes bots will have their greatest potential.

“The ones [bots] that are going to be more powerful are going to start really narrowly prescribed,” he said, mentioning a popular Slack bot that automates the tasks of a project manager. The assistant will ping people working on a project, asking them questions such as “What are you working on?” and “Are you blocked on anything?” The bot then collates and distributes the answers to everyone on the team, saving the manager, say, 10 minutes per day.

“Critically, the computers will remember that information forever and it’s searchable,” Butterfield continued. “When the technology is there and the services are refined and designed well enough, you’ll be able to ask ‘How long did this project take?’, ‘Who is an expert on this subject matter?’, or ‘What projects have worked really well with what teams?'”

“I think this is a decade, or multi-decade payoff,” he predicted.